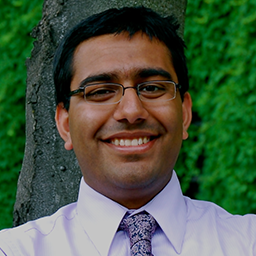 "The Big Nine," written by Amy Webb, presents a critical and thought-provoking examination of the ethical pitfalls and biases facing humanity in its pursuit and exploration of artificial intelligence.

From the obvious to the obscure, "The Big Nine" does an excellent job of bringing these issues to the forefront and forcing the reader to examine and critically think about various realistic issues and their implications that we face along with the impact of our own biases. It quickly discards the Hollywood representation of artificial intelligence and takes the reader on a journey, meandering down the river as an expert tour guide, calling out past biases, both implicit and explicit and their impact on present and future development of the technology, its uses and the results.

It does an excellent job of presenting the existing and future challenges, recognizing political realities and commercial pressures and artfully presenting them in a manner that keeps the reader engaged without being overwhelmed. From raising the concerns with respect to the design of the AI to the political/economic drivers in its development, "The Big Nine" represents a clear picture of the realities of the current AI structure. It recognizes that the development and creation of AI were traditionally driven by a certain economic/education class with a favor toward specific schools, which lead to biases that are in the underlying fundamental code and have been driving AI.

It also differentiates the political and economic drivers of the two major developers of AI, recognizing that development and tools in China are fundamentally influenced by the Communist Party — favoring long-term strategic planning and behavior change — while the U.S. is driven by short-term economic goals, bending and flowing to the whims of Wall Street.

It does, however, stay away from a technical examination of the technology and the regulatory approaches, but provides a broad overview of the various uses of the technology and its implications colored by the various influences that cause intended and unintended biases. Where it is challenged is in the area of the privacy implications that the implementation of AI will have. It fails to grasp the potential impact, regardless of the bias that it identifies. It is, however, a must-read for any individual who intends to implement AI in any meaningful manner, enabling them to understand the underlying biases and manage them, while still understanding that there are significant privacy concerns/implications.

Book review: 'Stand out of our light: Freedom and resistance in the attention economy'

The title of this book is taken from an anecdote about Diogenes, the ancient Greek philosopher who was known for his self-imposed poverty and his cranky personality. While he was reading one day, outdoors in Corinth, he was approached by an admirer, Alexander the Great, who offered to grant him any ...
END_OF_DOCUMENT_TOKEN_TO_BE_REPLACED queue Save This

Book review: 'The Age of Surveillance Capitalism: The Fight for a Human Future at the New Frontier of Power'

Shoshana Zuboff’s book on privacy runs to nearly 700 pages, comprising more than 500 pages of text and nearly 200 pages of apparatus. But you shouldn’t be put off by the length — the book is no longer than it needs to be to meet its ambitions. It proposes not only to document the latest turns in the...
END_OF_DOCUMENT_TOKEN_TO_BE_REPLACED queue Save This

The recently published "Strategic Privacy by Design" by R. Jason Cronk, CIPP/US, CIPM, CIPT, FIP, is an excellent overview of how to develop a privacy framework. By going through several practical examples, the book helps the reader think about ways to “bake in” privacy when developing almost any ap...
END_OF_DOCUMENT_TOKEN_TO_BE_REPLACED queue Save This

Book review: 'The Known Citizen: A History of Privacy in America'

The first chapter of Sarah E. Igo's impressive new history of privacy in America begins not as you might guess with Brandeis and Warren's 1890 article in the Harvard Law Review, "The Right to Privacy," but with an 1888 entry from the notebooks of Henry James, in which the novelist deplores the "impu...
END_OF_DOCUMENT_TOKEN_TO_BE_REPLACED queue Save This

Book review: 'Privacy’s Blueprint: The Battle to Control the Design of New Technologies'

If the phrase "privacy by design" hadn't already been coined for its special purposes, Woodrow Hartzog might well have taken it as the title of his smart new book instead of the rather oblique title it now bears. In his new book, "Privacy's Blueprint: The Battle to Control the Design of New Technolo...
END_OF_DOCUMENT_TOKEN_TO_BE_REPLACED queue Save This