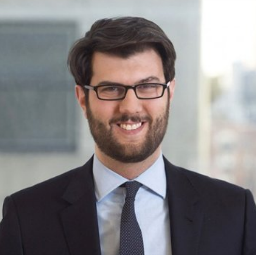 Blockchain is making significant inroads into several business sectors in the first half of 2017, with the potential to spread widely across financial and other business sectors.

Blockchain is a database of individual transactions, or “blocks,” marked with a timestamp. The block links to preexisting blocks, and will be linked to any future transactions, forming the “blockchain.” The blockchain acts as a ledger of all transactions connected to the chain. It is publicly accessible, decentralized, and difficult to alter. The beauty of blockchain applications is that they create the means to track and measure the participants in any transaction. Users naturally gravitate to the longest chains in the ledger, as they have the most data and are the most reliable.

IBM has ambitious plans for its own enterprise-level deployment for IBM blockchain. In March, IBM announced that identity authentication service SecureKey plans to run a pilot program on IBM blockchain with six Canadian banks. The program would allow consumers “to verify who they say they are, in a privacy-enhanced, security-rich and efficient way.” Ideally, if a customer opened a new account with one of the participating banks, the other banks could use the blockchain-distributed ledger to verify that customer’s identity. All of this is accomplished through the SecureKey mobile app. The banks include BMO, CIBC, Desjardins, RBC, Scotiabank, and TD. Ars Technica reported that, collectively, the banks invested $27 million into SecureKey. IBM is also working with Energy-Blockchain Labs, a Beijing-based company intending to develop carbon allowance plans for businesses.

May 2017 has seen IBM continuing to push its blockchain development programs. On May 19, the company launched its Blockchain Founder Accelerator program. IBM intends for the program to help businesses implement and develop blockchain technologies. The program offers mentorship, technology and legal advice, early access to IBM blockchain solutions, and other benefits to eight pilot companies selected across the banking, retail, and logistics sectors.

Banking and finance aren’t the only sectors impacted by blockchain. PokitDok, a healthcare API company, announced that it teamed with Intel to provide “Dokchain,” a new healthcare blockchain solution. Ted Tanner, PokitDok’s co-founder and CTO, called it a “singularity event in healthcare.” Dokchain uses Intel open-source programming and chips to provide identity management and facilitate automatic transactions. Dokchain validates the parties’ identities and processes the transaction instantly via smart contracts. PokitDok believes this will drastically reduce the processing time for claims, reduce consumer aggravation, and cut down on claims bureaucracy.

Lastly, blockchain consortium R3 just announced that it raised $107 million from investors such as SBI Group, Bank of America Merrill Lynch, HSBC, and Intel. R3 represents the largest consortium of global financial institutions working to develop commercial applications for blockchain. R3 says it will use the funds to accelerate technological development and build partnerships to deploy its blockchain solutions.

The announcements surrounding blockchain implementation are becoming more frequent and increasing in scope, positioning this burgeoning technology as a leader in global business. Blockchain technology is well positioned to become the premiere means of conducting secure and complex electronic transactions.

Global privacy tech support for PETs on the rise

As the data economy grows exponentially, so does the use of privacy-enhancing technologies that rely on artificial intelligence and machine learning to secure individuals’ data, IAPP Principal Researcher, Technology, Katharina Koerner, CIPP/US, and Research and Insight Analyst Brandon LaLonde write....
END_OF_DOCUMENT_TOKEN_TO_BE_REPLACED queue Save This

In this week’s Global News Roundup, the European Commission launches a new General Data Protection Regulation enforcement review plan. The U.S. Department of Health and Human Services’ Office for Civil Rights entered a settlement with a health care provider for a patient privacy rights violation. An...
END_OF_DOCUMENT_TOKEN_TO_BE_REPLACED queue Save This

2023 a 'critical inflection point' for AI

With advancements in technology like OpenAI's ChatGPT, Microsoft Vice Chair and President Brad Smith said 2023 will likely "mark a critical inflection point for artificial intelligence." He said, "The opportunities for people are huge. And the responsibilities for those of us who develop this techno...
END_OF_DOCUMENT_TOKEN_TO_BE_REPLACED queue Save This