For Jim Dempsey, the decision to leave the Center for Democracy & Technology (CDT) after 18 years was pragmatic. Traveling from his home in California to Washington, DC, as frequently as he was, a frequency that only increased with his involvement in the Privacy and Civil Liberties Oversight Board and his efforts toward Electronic Communications Privacy Act of 1986 (ECPA) reform, left him somewhat exhausted. But the pragmatism of his decision doesn't mean he's any less excited about where he finds himself now as a result of his decision to stay put: He'll head up the Berkeley Center for Law & Technology as its executive director.

At Berkeley, Dempsey will be responsible for preserving the program's leadership in intellectual property and privacy, developed in part by his predecessor, Robert Barr, who is retiring, as well as expanding its scope and influence on cybersecurity and Internet governance.

Dempsey said he was particularly excited about the move to Berkeley because of the center's multifaceted nature, its vibrancy and its emphasis on international relationships, something he said is important as, in this global economy, legal students will undoubtedly encounter transborder issues in their careers.

"It's very much an educational program; it's very much focused on the students," Dempsey said of the center, adding there's a strong commitment to providing students with a comprehensive curriculum in both IT and privacy during their three years of law school. Twice a week, private- and public-sector lawyers are brought in to give students a deep dive on issues pervasive in the profession. Dempsey said IAPP members interested in dropping some knowledge are encouraged to join in.

"I think they do a phenomenal job here," he said of Berkeley, emphasizing the school's commitment to providing students with the "best, most comprehensive preparation for practice in the tech policy and tech law field." 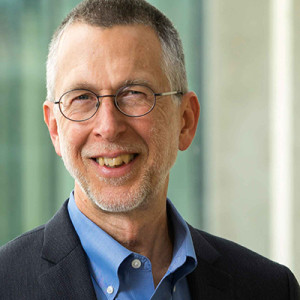 Working in education rounds out the resume for Dempsey; during his career in privacy, he's held down roles in government, advocacy and private practice. Before his move, he worked at the CDT as its senior counsel and then later as its executive director. He established CDT West in San Francisco, working on Fourth Amendment and consumer privacy issues, among others. Before that, he was assistant counsel to the House Judiciary Committee's Subcommittee on Civil and Constitutional Rights from the mid-1980s to mid-1990. Other stints included deputy director of the nonprofit Center for National Security Studies as well as special counsel to the National Security Archive, an NGO that uses the Freedom of Information Act to declassify documents on U.S. foreign policy.

Suffice to say, if a Berkeley student has a question on privacy, Dempsey is more likely than not to have an answer.

Dempsey also serves on the Privacy and Civil Liberties Oversight Board, a position he'll hold until at least 2016 when his term ends. While much of the work the board does is classified, he said the board has just finished its reviews of the NSA's telephone metadata program, collected under section 215 of the USA PATRIOT Act, and its content collection program, better known as PRISM, collected under section 702 of the Foreign Intelligence Surveillance Act. It's now doing a deep dive on communications collected outside the territory of U.S. regulations.

"Our goal is to issue one if not two reports this year, though much of that work remains classified," Dempsey said.

But he said there was real progress on PRISM.

"We were able to renegotiate with intelligence agencies on the declassification of many additional pieces of information," he said, "which we felt fleshed out the picture of what the government was doing, and how, and brought greater transparency to that which had been subject to a great deal of confusion."

Dempsey has also led the charge to update ECPA, coordinating the Digital Due Process Coalition's efforts. Chris Calabrese, formerly of the ACLU and now senior policy director at the CDT, is now heading up that effort. Dempsey said despite a number of failed attempts to see an update to the law thus far, he's optimistic.

"I think whatever divisions occurred last year, I do think they can be overcome this year," he said. "Chris Calabrese is doing a phenomenal job. I'm sorry I'm not going to be there in the Rose Garden, but I think it's very possible that it will happen this year."

Drawing on his storied career in privacy and looking ahead at the realities facing his students, he's got two hopes for them.

First, for privacy professionals—or, more broadly, those working in tech policy—to have a baseline understanding that it's cross-sectoral.

"Because the crises that arise do not always respect theoretical categories," Dempsey said. "So whether you're a HIPAA expert or represent financial services institutions or telecomm or online services; whether your statute is GLBA or ECPA or CPNI rules, you have to have a cross-sectoral perspective. You have to have an overarching understanding of 'what does privacy mean, and how do we regulate it?'"

Second, privacy pros have to have an appreciation for both the trends and the over-the-horizon lines.

"Because it's not enough to just cross the Ts and dot the Is on compliance," he said. "If you do that, if you do only that, you will not be serving your clients or your company. You need to look over the horizon and try to anticipate what's going to happen next, which requires an understanding of the trends in the law and the trends in technology. That's been the challenge in the privacy arena for a number of years, but it's more acute now than ever."

Greetings from Portsmouth, New Hampshire! It’s hard to think about anything else besides COVID-19. In addition to getting used to social distancing, another challenge has been trying to limit my intake of the news. Don’t get me wrong, I’m not putting my head in the sand, but one of the many skills ...
END_OF_DOCUMENT_TOKEN_TO_BE_REPLACED queue Save This

A video update from the IAPP

In a video on LinkedIn Live, IAPP President and CEO J. Trevor Hughes, CIPP, issued an update on all that is going on within the organization in response to the COVID-19 pandemic. During the video, Hughes covered the work the IAPP continues to do during the crisis, what members can expect following t...
END_OF_DOCUMENT_TOKEN_TO_BE_REPLACED queue Save This

We know, there's lots of privacy news, guidance and documentation to keep up with every day. And we also know, you're busy doing all the things required of the modern privacy professional. Sure, we distill the latest news and relevant content down in the Daily Dashboard and our weekly regional diges...
END_OF_DOCUMENT_TOKEN_TO_BE_REPLACED queue Save This

We know, there's lots of privacy news, guidance and documentation to keep up with every day. And we also know, you're busy doing all the things required of the modern privacy professional. Sure, we distill the latest news and relevant content down in the Daily Dashboard and our weekly regional diges...
END_OF_DOCUMENT_TOKEN_TO_BE_REPLACED queue Save This