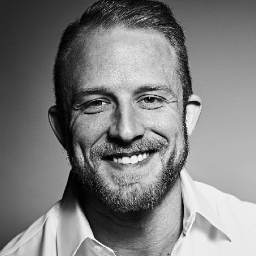 If you are a data privacy professional trying to keep up with state-level data privacy legislation, then you deserve a vacation. We legislators can be a frustrating bunch — whether it’s because of our inept drafting skills or our ignorance about “dark patterns,” we sure can make things difficult for people trying to follow along. If I had my druthers, I’d make it easy on you, and every state would simply pass my legislation, HB 1602, a comprehensive opt-in data privacy framework, and we could all move on. But, alas, I lack a magic wand.

Fortunately, I do believe we are on the cusp of either federal pre-emption or uniform state-level laws. Why do I believe this when only a few states have actually enacted such laws, and the federal government is gridlocked? First, because you are seeing a growing coalition of organizations calling on the federal government to act, if for no other reason than to guarantee trans-Atlantic data transfers. Second, even if the federal government continues to rest on its laurels, you can be assured there will not be a patchwork of 50 different laws in 50 different states. If you look at the myriad of bills filed, you’d have some justification for that fear, but I believe the patchwork problem is and always has been a red-herring argument because commercial realities dictate states ultimately pass more uniform laws. A state’s failure to do so would make it an economic pariah.

From my perspective, the bigger concern is what the uniform law will look like when the dust settles. Part of the reason data privacy legislation has been such a disjointed process is because we have elected officials attempting to make law in a highly specialized and technical area, and they do not fully appreciate the content or context of that law. This critique is not unique to data privacy legislation, and it is not a unique critique about legislators in general because it is a practical reality. Legislators are like everyone else, humans with a finite amount of time and mental bandwidth. It is impossible to know everything about every bill you vote on as a legislator.

So, I am writing to ask for your help, individually. Personally.

I write with the hope that you see an opportunity in this fiasco that is the legislative process and that you would be willing to help volunteer to educate me and my colleagues about how what we’re doing affects you and your clients. As an individual in the data privacy field, your voice is more important — and powerful — than you know, and you personally can be part of the solution to the data privacy legislation conundrum.

Before you put this down because you don’t want to get involved in politics, I’m not asking you to do anything political. I’m not asking you to be for the red, blue or green team. I’m asking you to become educational. I’m asking that you take your experience and training and help your elected officials understand what they’re doing and how it will impact those in your sphere of influence. You can become their “personal privacy advisor.” You don’t have to give an opinion about whether opt-in or opt-out is a better method of data control or whether a private right of action is a good idea; you can simply explain what certain concepts mean and how they would affect your line of work and look back at your representative or senator and say, “It’s your choice.”

Your legislator wants to hear from you not just because you are a voting constituent but because you have the ability to be unbiased. Let me explain: I’ve never taken the time to learn about cattle, so if there’s a bill on the House floor about cattle (not an infrequent occurrence in Oklahoma), this urban Democrat turns to his rural Republican colleagues and asks, “What are your thoughts?”

I listen to these people because they deal with cattle every day. It only makes sense that it would be a good idea for me to listen to them on matters that touch their lives. However, there aren’t equivalent data privacy professionals hanging around on the House floor to engage with on a discussion about data privacy. As a result, there are no trusted colleagues to turn to for help on a disputed aspect of a data privacy bill.

Unlike many other areas of legislation, data privacy is an area where your voice can have an outsized impact because more mature and developed areas of law have more vested interests in maintaining the status quo. In data privacy, your personal take on an issue can carry a lot of weight with your elected official because the only other alternative is the potentially biased special interest group.

We haven’t yet reached a tipping point of states to see what the future uniform law will look like, which means there’s work to do. Correctly or ineptly, legislators are forging ahead with data privacy legislation. The question then becomes: What are data privacy professionals going to do about that?

Do states need to think in terms of the EU General Data Protection Regulation or the California Consumer Privacy Act? Something in between? Something wholly different? The failure to educate your representative or your senator may result in them getting some bad advice and voting for an absolutely terrible bill, and that bill might ultimately become the standard-bearer for the rest of the country.

Would you be OK with that?

If not, I suggest you call and email your state representative and senator today and make an appointment with them. Let them know you’re concerned and want to be part of the solution. Imagine how far a little education would go.

Photo by Nathan Dumlao on Unsplash

Passing a comprehensive state privacy law has proven to be no small task. Doing it in a week's span is arguably impossible. Yet after just five working days, the Utah Legislature has settled on a law. Senate Bill 227, the Utah Consumer Privacy Act, cleared the Senate Feb. 25 on a 28-0 vote and the ...
END_OF_DOCUMENT_TOKEN_TO_BE_REPLACED queue Save This

The arguments around potential comprehensive state privacy legislation in the Florida Legislature boil down to a key difference between its chambers. A clear line was drawn on the private right of action during Florida's 2021 legislative session as the Florida House supported consumer redress while ...
END_OF_DOCUMENT_TOKEN_TO_BE_REPLACED queue Save This

The regulatory landscape for privacy and data protection in the U.S. is ever-changing. The IAPP Resource Center aims to keep privacy professionals in the know with a section dedicated to federal and state privacy updates. The page carries a link to the IAPP "US State Privacy Legislation Tracker," wh...
END_OF_DOCUMENT_TOKEN_TO_BE_REPLACED queue Save This

European organizations can run into problems when assessing whether artificial intelligence systems unintentionally discriminate based on ethnicity. Such sensitive data use is a violation of the EU General Data Protection Regulation, but the European Commission's proposed AI Act includes a provision...
END_OF_DOCUMENT_TOKEN_TO_BE_REPLACED queue Save This