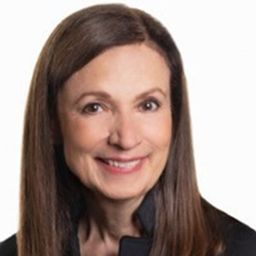 Are the goals of a comprehensive federal privacy bill to cure the ills of surveillance capitalism? What about algorithmic discrimination? Labor displacement through artificial intelligence? Data monopolies as a driver of concentration? Law enforcement through private observation?

Federal privacy legislation will be impeded if the law is expected to cure all the wrongs in a digital age. In a Biden administration, progressives have more clout in Washington. U.S. Sen. Chris Coons, D-Del., is chairing a Senate Judiciary subcommittee on privacy, and he has authored legislation on algorithmic discrimination, but the full range of social equity issues has not been articulated yet in Washington.

However, it has been stated clearly in the country to the north of the U.S. in its debate over new privacy legislation in Canada.

An excellent description of the demand for social equity is in an essay in the Canadian “National Journal” by former Research in Motion CEO Jim Balsillie. His commentary clearly articulates the growing progressive view that privacy legislation should deal with all the warts of the observation age and pushes against the manifest destiny of insights driven by analytics.

Canada’s attempt to enact new federal privacy legislation is encapsulated in Bill C-11, which was tabled in the House of Commons last December. C-11 is the government’s attempt to reconcile Canada’s digital ambition with its longheld view that people should control their data.

Balsillie does not believe C-11 will solve the ills of an observational age:

format_quoteIn the early 21st century, every industry became a technology industry, and now just about every internet-enabled device, and online service, is a supply-chain interface for the unobstructed flow of behavioural data that’s used to power the surveillance economy. This has not only meant the death of privacy, but has served to undermine personal autonomy, free markets and democracy.

Today’s technologies get their power through their control of data. Data gives technology an unprecedented ability to influence individual behaviour. The economic incentives of companies in the surveillance economy differ so sharply from those of traditional businesses that new data governance rules are needed to contain them and prevent abuses.

... This is why the data-driven economy has, in less than 10 years, created the greatest market and wealth concentrations in economic history, reduced the rate of entrepreneurship, innovation and business dynamism and lowered wages. ... Such monopolistic companies are not contributing to the productive capacity of the market, but instead setting the market standard to which all other firms must conform to in order to survive.

Similar views have been penned in the U.S.  The term “surveillance capitalism” was coined by Shoshana Zuboff, a professor at Harvard University. But these views have not coalesced into an articulation of privacy legislation. Instead, privacy legislation has centered on greater consumer control, more detailed record-keeping and transparency, and risk assessments but no clear direction on the risks that need to be weighed.

This direction will change.

Balsillie does not set forth what he thinks should be in privacy legislation. He describes the shortcomings of a consent-based regime where the power lies with the party requesting consent and paints broad expectations on what he thinks is needed and why:

format_quoteCanadians need a new legal framework that outlaws the collection of behavioural data on massive scales and the algorithms that micro-target and manipulate human behaviour.

A revised bill C-11 should address the corrosive imbalances in the relationship between individuals and data intermediaries.

... If C-11 becomes law in its current form, markets will become more concentrated, our social challenges will become more pronounced and our democracy will continue to be insidiously subverted by technologies that facilitate surveillance and manipulation...

No privacy bill or even fair processing legislation such as has been suggested by the Information Accountability Foundation will solve every ill of an information age — i.e., lack of places to be invisible, imbalances of power, dated competition law, hidden discrimination.

Comprehensive federal privacy legislation will solve many problems, it will not cure all the ills of the Fourth Industrial Revolution, but there are growing expectations that it should do just that. Those views will be articulated in Washington just as they have been in Ottawa. That articulation will make passing comprehensive federal privacy legislation even more difficult.

Photo by Darren Halstead on Unsplash

The first but not last comprehensive US privacy bill of 2021

The International Conference of Data Protection and Privacy Commissioners recently completed its 41st annual meeting in Tirana, Albania, and announced a new name for the organization — the Global Privacy Assembly — and Friday, it officially launched its new name and logo.  These annual meetings are...
END_OF_DOCUMENT_TOKEN_TO_BE_REPLACED queue Save This

Accountability Is About Values

Over the past year, I reflected on why I have been doing privacy for nearly a quarter of a century. As privacy professionals, you and I do privacy because we believe people shouldn’t be afraid of being harmed by the digitization of their pathways through life. We do privacy so young adults may evolv...
END_OF_DOCUMENT_TOKEN_TO_BE_REPLACED queue Save This

Which Drives Leadership: Compliance or Strategy?

Leadership is crucial to a successful privacy program. It is leadership that engages senior executives, inspires an extended team and provides hope to advocates and confidence to regulators. But what drives leadership in 2014? Is it the need to have a highly compliant organization in an era where...
END_OF_DOCUMENT_TOKEN_TO_BE_REPLACED queue Save This

For decades, people have proclaimed a now-common refrain that "privacy is dead." So get on with it, they say.  You probably know some of the most famous of the post-privacy pundits. No doubt, the oft-quoted Scott McNealy, then CEO at Sun Microsystems, eternally quipped, "You have zero privacy anywa...
END_OF_DOCUMENT_TOKEN_TO_BE_REPLACED queue Save This