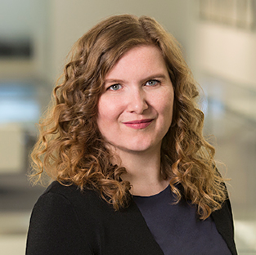 The California Privacy Rights Act officially cleared the threshold to make it into the November 2020 ballot last week. It was a bumpy road to certification, but Californians for Consumer Privacy ended up with significantly above the minimum required verified signature count. This, despite most of California being in COVID-19 lock-down since April and an unexpected administrative delay by Riverside County that threatened to derail the initiative just a few weeks ago.

It will be now up to California voters to decide whether the most radical change in US privacy laws in recent history gets enacted or not. The CPRA is structured as an amendment to the current California Consumer Privacy Act and key proposed changes include:

The seismic shift is not only about the new rights and additional requirements, it is also about higher fines and enforcement. At the state level, we have never experienced a steady, thoughtful enforcement by a well-funded privacy regulator in the U.S. whose mission includes not only maintaining compliance by imposing fines and corrective actions on infringers, but also educating the public and developing guidelines for the industry.

CPRA would create such an enforcer: the CalPPA. The CalPPA will be vested with full administrative power, authority and jurisdiction to implement and enforce CPRA. It will be funded initially with $5 million dollars (for 2020-2021) and $10 million in each following year. The CPRA provides for a progressive transfer of authority from the current regulator (the California Attorney General) to the CalPPA over time. The new agency will have the authority to audit business’s privacy practices and further develop CPRA by issuing regulations on a wide range of areas, including requiring annual audits and regular risk assessments for organizations that meet certain thresholds.

In the words of Alastair Mactaggart:

"Establishing a new authority to protect California privacy rights, was a key goal of CPRA. In order to ensure its independence, we modeled the structure of the agency after the California Fair Political Practices Commission. The agency will be governed by a five-member board (with the Chair and one member appointed by the Governor and the remaining members appointed by the attorney general, Senate Rules Committee and speaker of the Assembly.)  We expect the new agency to not only vigorously pursue enforcement that ensures consumers get back control over their data, but also engage with the industry and provide guidelines and regulations in furtherance of CPRA.”

The key question that remains: What will California voters do come November?

It is always difficult to predict the outcome of an election. It is nearly impossible when the only available polls pre-date an unprecedented health crisis that has forced the California governor to declare a budget emergency and tap into the California rainy day fund. California anticipates a $54.3-billion budget deficit this year. Last month, the California governor laid out a grim revised budget plan that would slash state funding for education and other popular programs to make up for the yawning shortfall. Will Californians be ready to put $5 then $10 million dollars towards this agency? How will California residents feel about increased compliance costs for the thousands of medium and small businesses still fighting to survive after months of lock-down?

The proponents believe that the current crisis could work in their favor.

“Although it is true that the difficult economic situation we are in could raise concerns about investing in a new agency among California voters, it is also true that the pandemic is fueling voter concerns about intrusive data collection and unethical use of personal information leading to discrimination," said Mactaggart. "Also, we know from prior polls that Californians overwhelmingly support stronger protections with regards to children's data, which CPRA provides. Therefore, we are confident that come November, Californians will vote yes on CPRA.”

Photo by Vital Sinkevich on Unsplash

The California Privacy Rights Act is on track to land on the state's general election ballot this November. Just as organizations are getting ready for the California Consumer Privacy Act's July 1 enforcement deadline, the CPRA may bring even more challenges for privacy professionals. Join the IAPP ...
END_OF_DOCUMENT_TOKEN_TO_BE_REPLACED queue Save This

2
The California State Assembly held a hearing June 12 on the California Privacy Rights Act, formerly known as "CCPA 2.0." Most "attended" the hearing virtually and offered testimony over the phone given COVID-19 precautions, but Assemblymember Ed Chau, D-Calif., hosted in-person CPRA author Alastair ...
END_OF_DOCUMENT_TOKEN_TO_BE_REPLACED queue Save This

The Californians for Consumer Privacy group is seeking a court order to get the proposed California Privacy Rights Act on the November ballot, MediaPost reports. The group submitted petitions for the CPRA to counties' registrar of voters' offices. The counties will have to determine the validity of ...
END_OF_DOCUMENT_TOKEN_TO_BE_REPLACED queue Save This

On May 14, California Secretary of State Alex Padilla announced that the Californians for Consumer Privacy effort to qualify the California Privacy Rights Act initiative for the November ballot has met its first threshold. The raw number of signatures filed exceeded prima facie the 623,212 number re...
END_OF_DOCUMENT_TOKEN_TO_BE_REPLACED queue Save This