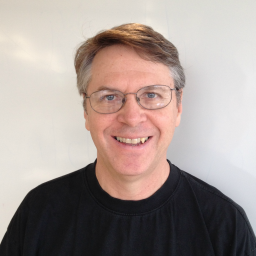 The weight limit of bridges is expressed in tons, kilograms or number of people. Simplifying here a bit, the amount of privacy afforded by a differentially private database is expressed as a number, by convention labeled ε (epsilon). Lower ε means more private.

All bridges have a weight limit. Everybody knows this, so it sounds dumb to say, “a bridge is weight limited.” And guess what? All databases are differentially private. Or, more precisely, all databases have an ε. A database with no privacy protections at all has an ε of infinity. It is pretty misleading to call such a database differentially private, but mathematically speaking, it is not incorrect to do so. A database that can’t be queried at all has an ε of zero. Private, but useless.

In their paper on differential privacy for statistics, Cynthia Dwork and Adam Smith write, "The choice of ε is essentially a social question. We tend to think of ε as, say, 0.01, 0.1, or in some cases, ln 2 or ln 3." The natural logarithm of 3 (ln 3) is around 1.1.

If someone asks you to cross a bridge they built, you might as well ask what the weight limit is. If someone tells you they’ve built a differentially private database that you can use, it is important to ask these questions:

If the ε is around 1 or less, then you are probably pretty safe. If the ε is much more than that, then there is potentially some risk of individual privacy loss. You need to ask more questions:

Whatever the industry, privacy professionals have always had to fight for their place at the table when it comes time to launch a new product. However, more often than not, privacy has been rendered into an afterthought throughout the design and engineering process, and privacy pros are primarily c...
END_OF_DOCUMENT_TOKEN_TO_BE_REPLACED queue Save This

Companies large and small rely on hundreds of applications at any one time, and these applications contain customers’ personal information. Along with stricter regulations around the world that govern how certain types of personal data can be collected and stored together with increased data subjec...
END_OF_DOCUMENT_TOKEN_TO_BE_REPLACED queue Save This

4
“Privacy by design” implies putting privacy into practice in system architectures and software development from the very beginning and throughout the system lifecycle. It is required by the EU General Data Protection Regulation in Article 25. In the U.S., the Federal Trade Commission included an ent...
END_OF_DOCUMENT_TOKEN_TO_BE_REPLACED queue Save This

1
Privacy compliance is a challenge for companies of all sizes, but it is a taller mountain to climb for smaller organizations that do not have the resources of their larger counterparts.  Privacy technology startup Ketch hopes it can help those entities in need through its "Over the Counter Free" so...
END_OF_DOCUMENT_TOKEN_TO_BE_REPLACED queue Save This

Approaches to compliance have never remained static, as Jose Costa can attest. It started with handshake deals and promises to keep data safe, questionnaires to dig deeper into an organization's practices, and third parties coming in to perform independent audits. The problem Costa sees with these...
END_OF_DOCUMENT_TOKEN_TO_BE_REPLACED queue Save This