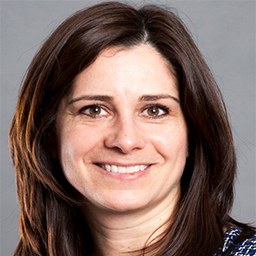 The U.K. government has published a draft text of the withdrawal agreement concerning the U.K.’s exit from — and future relationship with — the European Union.

During the transition period, the institutions, bodies, offices and agencies of the EU will continue to have jurisdiction, as will the Court of Justice of the European Union.

The negotiators of the European Commission and the U.K. have agreed on an "Outline of the political declaration setting out the framework for the future relationship between the European Union and the United Kingdom," which reaffirms the U.K.’s commitment to a high level of data protection during and after Brexit, and supplements the provisions in the withdrawal agreement.

The withdrawal agreement sets out the U.K.’s position regarding data protection during the transition period. In particular, it provides that:

Adequacy decisions by the UK

The withdrawal agreement permits the U.K. to “negotiate, sign and ratify international agreements entered into in its own capacity in the areas of exclusive competence of the Union, provided those agreements do not enter into force or apply during the transition period, unless so authorized by the Union.”

In our opinion, this enables the U.K. to develop adequacy decisions during the transition period to support the future free flow of data outside the U.K. post-transition. This is likely to result in the recognition of the EU-U.S. Privacy Shield as providing adequacy and to permit those with binding corporate rules approved by the Information Commissioner’s Office to still transfer data.

The political declaration outline reaffirms the U.K.’s commitment to the European Convention on Human Rights and the Union’s and its member states’ commitment to the Charter of Fundamental Rights of the Union. This means that the U.K. will remain a part of the Convention for the Protection of Individuals with regard to Automatic Processing of Personal Data (known as Convention 108), and transfers of data under this treaty mechanism will be deemed adequate. However, it should be noted that such transfers are limited to automatically processed data.

EU adequacy decision for the UK

The only mention of a U.K. adequacy decision assessment is in the political declaration outline, which states that the European Commission will commence its assessment and endeavor to adopt decisions by the end of 2020.

This reiterates the view that adequacy will need to be negotiated separately alongside other future trading positions, so there is no clarity on where data transfers will end up after the transition period.

There are many questions that have been left unanswered by this withdrawal agreement. The main question that organizations will have is how transfers of personal data from the EU to the U.K. will be conducted in the absence of an adequacy agreement. Unfortunately, this uncertainty will remain until approval of the withdrawal agreement and negotiation of any future trading relationship between the U.K. and EU.

EU General Data Protection Regulation enforcement was at the center of a conference last week organized by the European Data Protection Supervisor. Stakeholders pointed out several structural problems within the GDPR’s architecture and potential ways to address them. "Some of you might ask: 'why is...
END_OF_DOCUMENT_TOKEN_TO_BE_REPLACED queue Save This

Canada's federal privacy regime is on the cusp of an overhaul with the recent introduction of Bill C-27, an omnibus legislative package for data protection and artificial intelligence. Many have called for this reform in recent years to address growing privacy issues. Former Privacy Commissioner of ...
END_OF_DOCUMENT_TOKEN_TO_BE_REPLACED queue Save This

Three EU privacy authorities have determined Google Analytics unlawfully transfers data to the United States, leaving companies with little to no alternatives and privacy professionals debating how to react as continued similar decisions are anticipated. “Cry and pray. I think that’s the only thing...
END_OF_DOCUMENT_TOKEN_TO_BE_REPLACED queue Save This

The California Consumer Privacy Act gives California residents the right to know what personal information a business collects about them and how it is used. The law likewise imposes obligations on businesses to ensure consumers can exercise this right. Although the CCPA and its regulations provide ...
END_OF_DOCUMENT_TOKEN_TO_BE_REPLACED queue Save This

Whatever the industry, privacy professionals have always had to fight for their place at the table when it comes time to launch a new product. However, more often than not, privacy has been rendered into an afterthought throughout the design and engineering process, and privacy pros are primarily c...
END_OF_DOCUMENT_TOKEN_TO_BE_REPLACED queue Save This