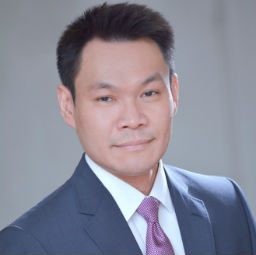 Bitcoins. Litecoins, Namecoins and Dogecoins symbolized by a lovable Shiba Inu. These exemplify the household brands of cryptocurrencies in the market today. Even Amazon has recently issued its own version of virtual coins. All represent what New York State Superintendent of Financial Services Benjamin Lawsky has described as being akin to the Wild West.

In July, New York’s Department of Financial Services became the first state to attempt virtual currency regulation by proposing new rules for virtual currency businesses. Coined the “BitLicense” plan, which, if approved, would apply to all companies that operate a business on cryptocurrency such as Bitcoins.

Governments of all levels are grappling with the phenomenon of virtual currencies as it continues to gain popularity.

Earlier in 2013, the Financial Crimes Enforcement Network of the U.S. Department of Treasury issued guidance concerning the use of virtual currencies and money transmitters. The Internal Revenue Service also took initial steps toward regulating Bitcoin by declaring it would treat the virtual currency as a taxable property. As regulation and formal guidance develop in this space, privacy experts should pay close attention to see that privacy principles remain intact.

But what is virtual currency? Just this year, the Oxford Dictionary Online officially added the word “cryptocurrency” to its database, defined as “a digital currency in which encryption techniques are used to regulate the generation of units of currency and verify the transfer of funds, operating independently of a central bank.” Around the watercooler, it may also be referred to as cryptocurrency, virtual money or digital cash.

One can typically buy virtual currencies online by creating an online “wallet” and funding it accordingly. It can be understood analogously as a purely digital form of money except without the rules that govern real money. In The Wall Street Journal, Danny Yadron and Devlin Barrett describe cryptocurrency as encrypted computer code that is accepted as a form of payment among users, with a fluctuating value set by a market. New York’s proposed regulation defines virtual currency as any type of digital unit that is used as a medium of exchange or a form of digitally stored value or that is incorporated into payment system technology. In addition to the above cited examples, other cryptocurrencies include Darkcoins, Altcoins and Sharedcoin.

Conducting transactions in virtual currencies has emerged as one of the preferred payment methods among the healthily paranoid because it provides a level of anonymity and privacy not available through other means.

As with any new innovation, cryptocurrency has a fair element of exploitation by criminals and thieves—those seeking to “conceal illegal activity,” as U.S. Attorney General Eric Holder stated in his testimony before a House of Representatives subcommittee. However, recognize also that cryptocurrency is a privacy-enabler. It can be used in a host of legitimate transactions, such as patients who want to keep their medical payments from the prying eyes of their financial institutions, for example, this article concerning a dentist accepting Bitcoins due to privacy concerns. Conducting transactions in virtual currencies has emerged as one of the preferred payment methods among the healthily paranoid because it provides a level of anonymity and privacy not available through other means.

For example, Bitcoins are transferred between transacting parties without an intermediary, thus providing users with high levels of privacy. As such, these parties remain nearly anonymous. A public ledger contains the transactions as cryptographic representations, but no personal information is recorded. Exchanging Bitcoins in a transaction is much like exchanging cash, except over the Internet.

One consideration in attempting to regulate virtual currencies is that doing so dismantles a technology that fosters privacy. Regulation naturally erodes the inherent degree of privacy and secrecy associated with virtual currency. Think of it as transacting in an account that is protected by strong secrecy laws. In order to regulate those transactions, the system has to be negotiated to lessen or eliminate the secrecy. As a result, account-holders will likely see less value in having such accounts. In a similar sense, the Bitcoin project was a self-sustaining model that was created in the private sector and was driven by its users. Regulation of virtual currencies would undermine the system as an enabler of privacy and reduce its appeal. It could ultimately impact the overall ecosystem, encompassing global exchanges, merchants and consumers. The implication is that users who seek the benefit of privacy in virtual currencies will look to other venues to conduct their business, such as countries with less regulation. Therefore, business opportunities in a burgeoning area may be deprived from the home locale, stifling innovation and development.

Regulation of virtual currencies would undermine the system as an enabler of privacy and reduce its appeal.

Ironically, another unintended consequence of regulating virtual currency is the role that it could play as an enabler of privacy violations. Regulation typically encroaches on personal privacy as it often requires businesses and individuals to collect and share information with the government or other parties. This naturally opens up avenues of potential privacy violations. New York’s proposed rule, for example, requires record-keeping “for each transaction, the amount, date and precise time of the transaction, any payment instructions, the total amount of fees and charges received and paid to, by or on behalf of the Licensee (of a virtual currency business) and the names, account numbers and physical addresses of the parties to the transaction.” Businesses may collect more information than is necessary to comply with the law and utilize the information for other purposes. Should such regulations materialize, privacy experts should monitor implementation carefully to ensure that businesses adhere to fair information practice principles lest it be subject to abuse.

That is not to say that regulation isn’t favorable. In fact, recent events concerning virtual currencies provide a strong basis for it.

In March, “Mt. Gox,” a large and prominent virtual currency exchange announced that Bitcoins worth nearly half a billion dollars had been hacked and stolen. Mt. Gox went on to declare bankruptcy and is now defunct, leaving more than one million people around the world unable to recover their funds.

Virtual currency exchanges are not regulated, meaning there is little recourse to recover lost funds, and, unlike deposits in insured banks, there is no deposit insurance. In return, users of virtual currencies take comfort in pseudo-anonymity and privacy. Again, such transactions by design are virtually untraceable back to the parties, including criminals.

A Florida dentist is now offering patients the option of paying for services with Bitcoin, citing recent data breaches at major retailers and “the prevalence of medical identity fraud in the healthcare industry,” according to a PRWEB release. Dentist Mitchell A. Pohl explained, “I ...
END_OF_DOCUMENT_TOKEN_TO_BE_REPLACED queue Save This

Two Sides of a Bitcoin: Enhanced Privacy, But Risks

Bitcoins. Litecoins, Namecoins and Dogecoins symbolized by a lovable Shiba Inu. These exemplify the household brands of cryptocurrencies in the market today. Even Amazon has recently issued its own version of virtual coins. As regulation and formal guidance develop in this space, privacy experts sho...
END_OF_DOCUMENT_TOKEN_TO_BE_REPLACED queue Save This

5
Yet another intrusion with data theft, yet another chorus of yells for "encryption.” I refer to the eBay intrusion from last week with the subsequent hysteria over their not encrypting certain personal information at rest. "It is inexcusable for a company the size of eBay with the amount of data it ...
END_OF_DOCUMENT_TOKEN_TO_BE_REPLACED queue Save This

Each year about this time, Brian Dean, CIPP/US, pulls out his “foggy crystal ball” to predict the future of privacy and security in the year ahead. “For data privacy and security professionals,” he predicts, 2014 offers reasons for “optimism, but with looming midterm elections and recent significant...
END_OF_DOCUMENT_TOKEN_TO_BE_REPLACED queue Save This

Greetings from Newfields, New Hampshire! The importance of taking time off to reset and recharge has never been more important. I speak from personal experience after my own hiatus from the privacy world last week. While I did spend more than half of my respite moving into a new apartment, I was s...
END_OF_DOCUMENT_TOKEN_TO_BE_REPLACED queue Save This