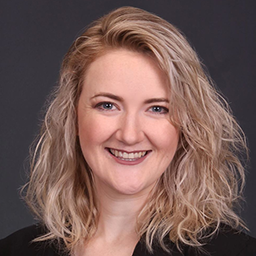 An ad campaign released last week by the Toronto Transit Commission publicly distributes embarrassing surveillance tapes to deter fare evasion. In light of this, we should be questioning how this campaign reflects on the dissipating privacy norms in our city.

The TTC’s new ad campaign features actual footage of fare evaders skipping through the gates without paying. One of the videos released by the TTC contains a text overlay that reads “SMILE! YOU’RE ON FARE EVADER’S CAMERA!” which seems to be a play on the popular catchphrase “Smile! You’re on Candid Camera” from the classic TV show. So far, the ad campaign has released three 15-second videos of riders’ footage, and it remains unclear whether more footage is on the way. The videos have been uploaded to the TTC’s YouTube channel, Twitter, the TTC webpage and will also be displayed on screens in stations and platforms. Print versions of the ads will soon appear on TTC vehicles. The faces of the Torontonians in these ads have been obscured; however, one news outlet points out that “it wouldn’t be hard to identify someone based on their movements and attire.”

The question here isn’t whether fare evasion is a problem worth curbing — it likely is. The question is whether public shaming is the answer and whether we are comfortable with the normalization of surveillance being used as a method to change our behavior.

In 2016, Mayor John Tory raised eyebrows when he pitched a then-novel method of enforcing the payment of TTC fares. He stated, “I even said we may have to get to the stage where we have to shame people and publish their picture in the newspaper and say, this is somebody who for the sake of a TTC fare made everybody else pay.”

There was so much backlash on the idea that Tory was forced to walk back his statement, publicly clarifying that these were simply “musings” and that he was not seriously intending to carry out the plan.

Merely three years later, the use of surveillance to publicly shame citizens has happened, and very little has been said against it. In fact, some Torontonians do not feel the new ad campaign goes far enough, feeling that the ad would have been more effective if the footage could be used to directly identify the fare evader. For example, featured in one of the TTC’s ads is the backside of a man as he hops over the barrier, to which Twitter users have reacted:

From my point of view, the camera is on the wrong side of the gate. Let's hope the real cameras are positioned so the #TTC can see more than a back.😀

Shouldn't the camera have been on the other side? This guy is coming off as the winner in this story.🙄

So the camera identifies him from his rear end?

Similarly, a discussion on Reddit started last week with the statement: “TTC new fare evasion campaign SHOULD show the faces of fare evaders.”

These changing attitudes say a great deal about how comfortable many Canadians have become with technology’s reduction of our personal privacy in public life. Our Canadian privacy laws surrounding the disclosure of personally identifiable information by an agency like the TTC would likely prevent showing the faces of fare evaders if the disclosure was not seen to be in the public interest, which continues to be a discretionary decision. Privacy law and public opinion in Canada can be expected to evolve and maintain compatibility with technological developments.

These questions become more important in the move toward smart-city technologies, which integrate data collection and surveillance into city infrastructure to make services more useful for citizens. Toronto is undergoing discussions on these kinds of expansions with the current Sidewalks smart-city project.

In Canada, the policy goal is to integrate these useful technological developments into our legal and normative framework. Surveillance technology in public spaces does have utility in improving infrastructure and services. For public transit, CCTV footage can improve the TTC’s service by tracking fare evasion for use in audits. Stephen Rees, a former Vancouver TransLink planner, explains that “what gets measured, gets improved.” However, internal audits and public distribution are entirely different uses for collected information and should be treated differently.

At the risk of sounding fear-mongering, a useful example can be found by looking at the use of similar tech in a city without internal limits posed by Canada’s democracy, law and ethics. In Shenzhen, China, surveillance technology is being used to track jaywalkers at intersections for the similar purpose of public shaming to regulate behavior. The only difference between this system and the TTC’s new ad campaign is that the footage in Shenzhen does not shy away from personally identifying the “evaders.”

As we move into a time of smarter cities, we also move into a time of reduced privacy. At the same time, the general public seems to be becoming more comfortable with this reduction in personal privacy because of the benefits available to be traded. The collection of data to improve city services (including public transit with the TTC) adds unmistakable value, and this cannot be ignored. But along with the data collection and surveillance, there should remain an awareness of how much disclosure we are willing to make to achieve our goals. If we think disclosure for the purpose of public shaming is acceptable, I would say we are not putting enough thought into it.

Photo by Richard Kidger on Unsplash

The trouble with informed consent in smart cities

The typical citizen does not know what a smart city is, would not know how to recognize if the technology was present, and would likely not have enough knowledge about the way the technology is used to formulate an informed opinion about whether the benefits to them outweigh the costs. To many urba...
END_OF_DOCUMENT_TOKEN_TO_BE_REPLACED queue Save This

It is becoming clear that governments are bound to see a backlash when they do not engage the public in deals with tech vendors that affect public policy. “I remain of the opinion that we shouldn’t make public policy with a vendor, so this was a bad deal at the beginning and is still a bad deal tod...
END_OF_DOCUMENT_TOKEN_TO_BE_REPLACED queue Save This

The Office of the Privacy Commissioner of Canada announced it is funding research on various topics, including privacy risks associated with Wi-Fi hot spots, MobileSyrup reports. The research project will examine privacy policies, the information leaked at Wi-Fi hot spots, and identify the ways mali...
END_OF_DOCUMENT_TOKEN_TO_BE_REPLACED queue Save This

3
First, it was "cloud computing," then "big data," followed by the "internet of things" and "artificial intelligence." Buzzwords from technological paradigm shifts that eventually push the privacy management envelope. So here we are in 2018, and the word most flashed in news reports and blog posts se...
END_OF_DOCUMENT_TOKEN_TO_BE_REPLACED queue Save This

Smart cities use real-time tracking to help reduce traffic congestion, as well as improve public transportation systems. However, the parallel use of facial-recognition cameras, license plate readers, mobile phone data and other technologies used to track people either on the roadways or public tran...
END_OF_DOCUMENT_TOKEN_TO_BE_REPLACED queue Save This