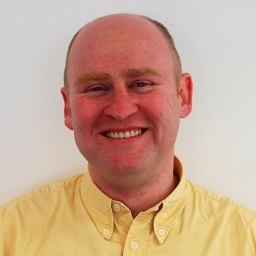 I have lost count of the number of times I have read variations on the statement:

And the other common one is:

“Actually reading all the privacy policies on the sites you visit would take [insert number between 50 and 100] days each year.”

Even the most dedicated privacy professionals and advocates will tell you, sotto voce and often off the record, that they don’t read them all!

To prove a point, one software company, PC Pitstop, buried a $1,000 prize in a licence agreement to the first person to send them an e-mail to claim it. More than 3,000 people agreed to the terms before they got a result—and paid out.

The website privacy policy is the basis on which organisations can claim they have received consent from customers/visitors to collect whatever data they want and do what they like with it. In a data-driven world, they are important documents. Expensive lawyers are often paid large sums of money to write them in the full knowledge that they will rarely be read. Of necessity, it is written in legalese that most people won’t fully understand, and it is long because it has to cover all eventualities.

Of course, hardly anybody reads them. In the vast majority of cases, it would be a colossal waste of time.

There have been lots of attempts to improve privacy policies, of course. The Information Commissioner’s Office in the UK has published guidance, and the EU Data Protection Regulation proposes a “layered” pictographic model. The idea is laudable, but they ruin it with a mandatory set of icons (PDF – go to pg. 115) that are terrible in almost every single way.

However, the problem is not really with the privacy policy itself as a document; it is the fact that it has been mis-sold to us. We are led to believe its purpose is to inform. We are told this because consent relies on us being informed about what we are consenting to. It is the basis of almost all privacy law throughout the world.

However, if that were true, it wouldn’t be buried in a link at the bottom of the page and written in dense text that is often also in a smaller font than the rest of the site. Website designers and copywriters know how to inform people online. The privacy policy is the document on any website least likely to inform the visitor in any meaningful way.

The transparency statement will be short, clear and simple to understand. It might borrow from the “layered” privacy policy model and would almost certainly involve a strong visual element. It will be easily accessible and you will be encouraged to look at it, especially on a first visit. It will be the basis on which the website will set your expectations for how you and your data will be treated.

The reality is that the privacy policy is designed to protect the owners in the case of a dispute—which is what most legal documents are designed to do. There is nothing wrong with this—these documents are necessary in certain circumstances. It’s just that they don’t fulfil the more common need for accessible information about privacy practices at the company.

To my mind, the solution is not to try to reform them—which will be a difficult and constant battle. The solution is to introduce something else—something that has the sole and clear purpose of informing the visitor about privacy and data practices.

The transparency statement will be short, clear and simple to understand. It might borrow from the “layered” privacy policy model and would almost certainly involve a strong visual element. It will be easily accessible and you will be encouraged to look at it, especially on a first visit. It will be the basis on which the website will set your expectations for how you and your data will be treated.

In fact, in the event of a dispute or regulatory enforcement action, authorities could look at the two in tandem. Where the two disagree or present incompatibilities, the authorities could be given freedom to allow the transparency statement to take precedence and take action on the basis of deceptive practices. This in itself might be less punishing on the website owners—but would be an important incentive to correct such incompatibilities, to ensure transparency doesn’t simply become another layer of obscurity.

Because the transparency statement is also more likely to be read, commented on and engaged with, it will likely improve over time, and accepted standards might emerge. This would potentially create a virtuous circle that further improves clarity for consumers.

It is sometimes said that privacy has the capacity to become a competitive differentiator. If this means having to compare two or more Macbeth-sized documents side by side, that is never going to happen. However, you could spare two minutes to compare transparency statements or discover that one provider doesn’t have one.

Transparency statements could be the vehicle to enable the majority of people to make better-informed choices than they currently do and use a truly market-driven approach to online privacy practice.

In this week’s global legislative roundup, India’s Minister of State for Electronics and Information Technology gave an update on the redrafted Personal Data Protection Bill. The EU Parliament’s Committee on Civil Liberties, Justice and Home Affairs pushed for a review of the Irish Data Protection C...
END_OF_DOCUMENT_TOKEN_TO_BE_REPLACED queue Save This

In this week’s global legislative roundup, India’s Minister of State for Electronics and Information Technology gave an update on the redrafted Personal Data Protection Bill. The EU Parliament’s Committee on Civil Liberties, Justice and Home Affairs pushed for a review of the Irish Data Protection C...
END_OF_DOCUMENT_TOKEN_TO_BE_REPLACED queue Save This

WMAR-2 News reports the Maryland Department of Health allegedly has not properly implemented the state's genetic privacy law for criminal investigations. Passed by the state legislature in 2021, the law requires court approval for law enforcement to search genealogy websites for suspects based on DN...
END_OF_DOCUMENT_TOKEN_TO_BE_REPLACED queue Save This