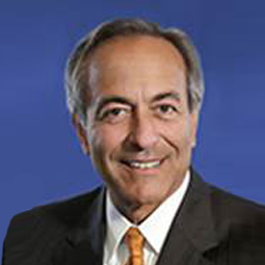 While there are many issues Congressional Republicans and Democrats do not agree on, they both recognize that the Electronic Communications Privacy Act should be amended, as evidenced by bi-partisan bills recently introduced in both the House and Senate, known as the Clarifying Lawful Overseas Use of Data, or “CLOUD,” Act.

The CLOUD Act seeks to resolve the extent of ECPA’s extraterritorial reach — amending the Stored Communications Act to specifically authorize a government entity to compel a U.S. provider that stores customer communications (such as emails, texts, and chats) to turn over the content of those communications when stored in another country. This issue has been the primary focus of reform efforts in recent years and, after years of working its way through the lower courts, is now set to be addressed by the U.S. Supreme Court in a case that pits Microsoft against the U.S. government, which is seeking access to data stored by Microsoft on a server in Ireland.

During oral argument in the case on Tuesday, the Court referenced the pending legislation with Justice Sotomayor even questioning whether the Court should wait to make its decision, pending passage of the bill. In wrestling with the alleged extra-territorial effects of producing data in the U.S. that is stored abroad, counsel addressed whether a warrant under the SCA authorized a traditional “search” of a location or was more like a compelled disclosure in response to a subpoena or court order. Some Justices still thought allowing the warrant to be effective in the U.S. for data stored abroad would affect the foreign nation’s interests, but the solicitor general reminded the Court that a comity analysis would be required in that situation. Interestingly, Sen. Orrin Hatch, R-Utah, the lead Senate sponsor of the CLOUD Act, was in attendance at the argument.

If passed, the CLOUD Act would effectively moot the pending case, although passage before decision (end of June) is unlikely, especially in its current form. Prior bills, known as the International Communications Privacy Act (S. 1671 and H.R. 3718, 115th Cong. (2017), have not progressed.

While the CLOUD Act would provide much needed clarity, and is supported by both major U.S. technology companies and the Department of Justice, it has been criticized by consumer advocates that argue it does not contain proper safeguards for consumer privacy. Here we take a look at some of what the CLOUD Act would do, as well as the criticism and potential international conflicts that would need to be addressed.

The CLOUD Act would amend the SCA to require service providers to “preserve, backup, or disclose the contents of a wire or electronic communication and any record or other information pertaining to a customer or subscriber within such provider’s possession, custody, or control, regardless of whether such communication, record, or other information is located within or outside of the United States.” Providers could move to quash or modify if the target is not a U.S. person and if compliance would conflict with the law of the country where the data is stored. In considering such a motion, a court would be required to conduct a comity analysis and, among other things, consider the possibility of accessing the data via other means, the relative degree of U.S. interest in the data, and the interests of the foreign government and its laws.

Foreign government orders would be limited to “obtaining information relating to the prevention, detection, investigation, or prosecution of serious crime, including terrorism,” must have “reasonable justification based on articulable and credible facts, particularity, legality, and severity regarding the conduct under investigation,” and are subject to judicial review.

Criticisms of the CLOUD Act

Despite the CLOUD Act’s requirements for a privacy analysis, critics of the proposed legislation have condemned its discriminatory application to foreign citizens living in the U.S., lack of notice provisions, and the omission of any requirement to obtain a warrant. Privacy groups have long advocated for an amendment to ECPA to require the government to obtain a warrant prior to accessing the content of any stored emails, texts or online chats, not just those less than 180 days old, as the SCA is currently written. After the Warshak decision, in which the 6th Circuit held that ECPA was unconstitutional to the extent it allowed production of any communication content, regardless of time in storage, the Justice Department adopted a policy to always use warrants when seeking the content of communications. Additionally, Congress has introduced numerous bills to clearly address the warrant requirement, with one effort receiving unanimous support in the House in 2016. Here, the CLOUD Act not only fails to address the 180-day issue and conform the SCA, but critics argue it will exacerbate the problem by permitting additional warrantless government requests — both from the U.S. and foreign governments.

Other criticism focuses on the effect the CLOUD Act will have on the existing Mutual Legal Assistance Treaty process. That said, many believed the MLAT process broken, and with the need to have timely access to records for criminal investigations here and abroad, the CLOUD Act would provide a valuable tradeoff allowing quicker access with the elimination of many intricacies and difficulties due to the fact that data can be stored almost anywhere and moved rapidly. A foreign government’s alternative without the benefits of access to records in the U.S. under the CLOUD Act would be to force providers to maintain data on foreign residents locally, which could possibly diminish privacy protections for citizens and non-residents alike.

Additionally, it is not clear whether the bill, in its current form, would meet legal requirements under the EU’s impending General Data Protection Regulation Act. Article 48 of the GDPR addresses foreign (including U.S.) investigations and prohibits the transfer or disclosure of personal data unless pursuant to an MLAT or other international agreement. One possible resolution would be for the U.S. to enter into an agreement with the EU or for the EU to agree that the U.S. investigations and subsequent transfers or disclosures in compliance with the CLOUD Act procedures do not conflict with Article 48.

Despite the fact that the CLOUD Act was introduced with bipartisan support in Congress and the support of the tech industry, there are still many issues to be addressed. In the event Congress can actually pass a bill to fix the long-outdated provisions of ECPA and the SCA, it is likely that any final law will look different from this current version.

Today, the United States Supreme Court hears arguments in a case with major implications for the privacy profession. The dispute between Microsoft and the United States government has spanned several years and will determine whether the U.S. can compel Microsoft to turn over data stored on a server...
END_OF_DOCUMENT_TOKEN_TO_BE_REPLACED queue Save This

1
The European Commission has filed an amicus curiae brief on behalf of the European Union in the ongoing legal dispute between Microsoft Inc. and the United States. The case, which has been widely covered following Microsoft’s victory in the Second Circuit, concerns whether the United States can comp...
END_OF_DOCUMENT_TOKEN_TO_BE_REPLACED queue Save This

SCOTUS and the Stored Communications Act, two cases that could mean big changes

The U.S. Supreme Court has two privacy cases on its docket, both addressing the application of the Stored Communications Act. The SCA, passed more than 30 years ago, was enacted to address voluntary and involuntary disclosure of “stored wire and electronic communications and transactional records” h...
END_OF_DOCUMENT_TOKEN_TO_BE_REPLACED queue Save This

At a hearing of the Senate Judiciary Committee's Subcommittee on Crime and Terrorism yesterday, witnesses debated what kinds of rules are needed to ensure the U.S. government can investigate crimes at home and abroad, as well as work with foreign governments looking to do the same.  The problem, so...
END_OF_DOCUMENT_TOKEN_TO_BE_REPLACED queue Save This

To stay apprised of the hundreds of data protection laws that exist across the globe, the IAPP Westin Research Center announces the creation of a single indexed resource of these laws — the "Global Privacy Law and DPA Directory." The interactive map identifies those countries with data protection la...
END_OF_DOCUMENT_TOKEN_TO_BE_REPLACED queue Save This