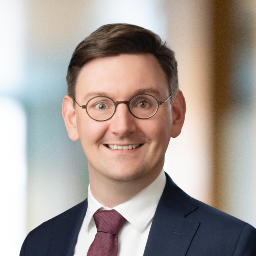 Social media websites often include a “tell-a-friend” function that enables users to share content with their personal contacts or invite them to be their “friends” and interact on the site. The Belgian Data Protection Authority is challenging this model. Is this the end of tell a friend?

The Belgian DPA recently fined social media platform Twoo 50,000 euros for privacy violations of its tell-a-friend feature. And while the fine may be small compared to other EU fines, like the massive French data protection authority CNIL fine imposed on Google, the decision is still important because it makes non-users’ consent necessary for a platform to send emails or other communications to non-users, which puts the platform in a near-impossible situation. Also, the DPA’s decision is one of the first examples of a prominent fine being issued under the one-stop-shop mechanism of the EU General Data Protection Regulation.

What is a tell-a-friend feature? Referral programs have been around for a while and originated with news websites allowing users to forward articles to friends. Social media platforms took it to the next level through mass messaging with tell-a-friend features. These features typically allow a user to sort through their address book on a personal device and, via the platform, share content with contacts or invite contacts to become the user’s friend on the platform. The user’s contact address book may include individuals who are already users of the social media platform and individuals who are not platform users.

What privacy requirements apply to tell-a-friend? Messaging requirements for third parties in the EU are complex due to the intersection of two legal regimes. First, the GDPR requires a legal basis for having and retaining a recipient’s contact details, such as an email address or phone number. In addition, the ePrivacy regime (by virtue of the ePrivacy Directive as implemented by EU member states) sets requirements for sending commercial electronic communications (e.g., email but also SMS and other types of direct messaging). While the potentially available legal bases under the GDPR can include both consent and legitimate interest, under the ePrivacy regime (absent an established exception), consent is the only valid reason to send electronic communications.

In 2009, the Article 29 Working Party, the former EU consortium of privacy authorities, assessed the legality of tell-a-friend practices in its Opinion on Online Social Networking. The WP29 explained that the ePrivacy Directive’s requirements for direct marketing do not apply to personal communications. Thus, the WP29 published its opinion that if a tell-a-friend communication is either sent using the existing user’s own email system or sent via a platform under strict conditions, the message would not be considered commercial electronic communication under the ePrivacy framework and consent would not be a prerequisite. The conditions provided in the WP29 Opinion for sending tell-a-friend communications via the platform are:

Unlike the Belgian DPA in the enforcement against Twoo, the WP29 did not clarify whether the recipient must be a platform user, as well.

The platform and its tell-a-friend feature

Twoo is a social media platform founded in Belgium in 2011, with approximately 180 million users. It allows users to discover and connect with others globally using a matchmaking algorithm. The platform’s tell-a-friend feature operated as explained above. The platform claimed that it relied on the sender’s consent to access their address book, pre-select the User Contacts who could be a good match, and send the invitation to User Contacts and Non-User Contacts. The DPA disagreed with the platform’s assessment and found that it violated the GDPR in a number of ways:

The challenge for the outcome of the DPA’s decision is that it renders most tell-a-friend systems impracticable. One of the main purposes of a tell-a-friend system is to alert and invite people who are not on the platform. From the platform’s perspective, it will be nearly impossible to validly obtain their consent to receive communications. One alternative could be for platforms to enable their users to invite friends on their own initiative, for example, by the platform sending an email to its users’ personal email accounts. However, this solution is generally seen as impracticable, and it may not have the same effects as invitations generated through the platform itself. Further to the DPA’s inquiry, Twoo indicated it has discontinued its tell-a-friend feature altogether.

Another noteworthy aspect of the Belgian DPA’s enforcement is its application of the GDPR’s one-stop-shop mechanism. The Twoo case is one of the first times OSS has been successfully put into practice (most notably, one-stop-shop was not applied in the CNIL-Google case).

One-stop-shop essentially aims to provide a central enforcement mechanism for companies with activities across multiple EU member states. The one-stop-shop procedure involves one DPA taking the lead on behalf of other concerned DPAs. The lead DPA is the DPA of the country in which the company has its main establishment. In this case, the Belgian DPA acted as the lead DPA, and 23 authorities from 16 different countries declared themselves as concerned DPAs.

The one-stop-shop procedure allows for multiple ways of cooperation. In this case, the lead DPA, before finalizing its decision, sent the draft decision to the concerned DPAs for their review, with the possibility of the European Data Protection Board issuing a binding decision under the GDPR’s consistency mechanism if no consensus is reached.

The fact that this decision was made using one-stop-shop means that the findings on tell-a-friend systems will apply in all the jurisdictions of the concerned DPAs. It is unclear whether during the one-stop-shop procedure in this case authorities in other EU member states were consulted or whether Twoo simply did not have activities in all EU countries. But the fact of the matter is that EU authorities have successfully applied one-stop-shop in this enforcement action, and companies can now be required to apply the new tell-a-friend requirements in a multitude of EU member states.

It has been a busy couple of days for David Stevens. His last day as the data protection officer at market research company Nielsen was April 23. On the 24th, he became chairman of the newly formed Belgian Data Protection Authority.  The new office, representing a small country of just 11.3 million...
END_OF_DOCUMENT_TOKEN_TO_BE_REPLACED queue Save This

GDPR’s second anniversary: A cause for celebration — and concern

Spanning more than 100 pages and 50,000 words — that’s 20,000 words more than Shakespeare’s "Hamlet" — the EU General Data Protection Regulation is more a hike up Mont Blanc than a stroll in the Jardin du Luxembourg. Adopted to great fanfare in 2016 and launched two years ago, May 25, 2018, it is of...
END_OF_DOCUMENT_TOKEN_TO_BE_REPLACED queue Save This

In line with the two-year anniversary of the EU General Data Protection Regulation, Belgium's Data Protection Authority released a report on its work since the regulation took effect. The DPA has received 351 complaints and 937 data breach notifications while issuing 59 sanctions, including nine fin...
END_OF_DOCUMENT_TOKEN_TO_BE_REPLACED queue Save This

According to Hunton Andrews Kurth's Privacy & Information Security Law Blog, the Belgium Data Protection Authority issued a 50,000 euro fine for a failure to adhere to data protection officer requirements under the EU General Data Protection Regulation. Following an investigation into a data bre...
END_OF_DOCUMENT_TOKEN_TO_BE_REPLACED queue Save This

The U.S. Supreme Court Friday overturned Roe v. Wade, which eliminates the constitutional right to an abortion, The New York Times reports. The decision mirrors a highly publicized leak of a draft opinion in May. The 6-3 ruling fell along party lines, with all six conservative justices voting to ove...
END_OF_DOCUMENT_TOKEN_TO_BE_REPLACED queue Save This