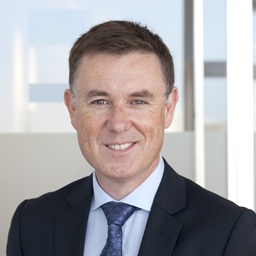 We should expect regulatory systems to develop in sophistication over time, as the regulatory body gains both experience and qualifications.

In some zones of regulation, the regulatory body eventually acquires market prestige and then it becomes both a magnet and a staging post for talent of all types. The best regulators will have subject matter experts at hand, drawn from a wide variety of disciplines, whose talents they can tap when setting priorities, creating guidance and taking action.

Naturally, the intellectual capability of the regulator will compound and increase with each new expert hire and with each new case, and eventually the tipping point is reached when regulation becomes technical. At that stage, the regulator poses a real threat to all entities within the scope of regulation.

Technical regulation is an indicator of regulatory maturity and focus. The evidence that technical regulation is now upon us in the data privacy and cybersecurity fields is mounting up day by day. In a short blog like this, the challenge is not what to include by way of reference and example, but what to leave out.

If data protection regulation in the UK is considered as an example, it's clear from a review of the continuum of regulatory initiatives and enforcement activities over the past 10 years that the momentum towards technical regulation has built up rapidly in the last two. Eight to ten years ago the regulatory focus was neither broad nor deep. People would be warned now and again to check their credit scores held by the Credit Reference Agencies and there was a big push to tackle the “blagging” of personal data by private investigators—that is “data theft,” achieved through pretexting and social engineering—but that didn't concern big business or big government too much.

However, the focus shifted dramatically about seven years ago, when the first wave of “data loss” cases made their way through the UK system. Naturally, the focus started to become more technical in its nature, as issues like data encryption were examined, and broader in its scope and effect, as more parts of the economy were sucked into investigations.

On the talent point, the evidence is equally clear. The UK Information Commissioner's Office has a technical function in house for technology and forensics issues, plus an advisory board containing additional technical expertise. The investigators are technically competent on evidence-gathering, chain of custody and so on. The case for technical regulation continues to build up.

The message for organisations that fall within the scope of privacy and security regulation is simple: Complacent ones, those who assume a superiority over the regulators, are the ones that can become seriously unstuck in an environment of technical regulation. Complacent organisations will not have a narrative on the issues that are being flagged up for attention right now. They will not have built a deep enough defensive shield against probing examination, because they will not have benchmarked themselves against the current regulatory standards and styles. They will not have scenario-planned or war-gamed for a technically focused regulatory investigation.

Indeed they are likely to be hopeless on the basics of regulation—olicies, procedures, governance, etc.—making them like lambs to the slaughter on technical points.

Ending with an old adage, prevention is better than cure. Too right! Sure, you upfront the cost, but it's better to deal with the new realities of privacy and security regulation in the safe and quiet confines allowed by the law for "good" organisations rather than after an incident under the twin spotlights of scrutiny and transparency. Or you can take your chances and place your bets. That's fine if you're that way inclined, but you don't get good odds of success in a technically astute regulatory environment.

With Data Protection Enforcement Action, What’s in a Fine?

When data protection authorities take the stage at a privacy conference, attendees tend to listen closely. That was the case Wednesday in London, UK, as Ireland Data Protection Commissioner Billy Hawkes and Poland Inspector General for the Protection of Personal Data, GIODO, Wojciech Wiewiórowski di...
END_OF_DOCUMENT_TOKEN_TO_BE_REPLACED queue Save This

News that the UK Information Commissioner’s Office (ICO) has fined a private-sector business 90,000 GBP for violating the Privacy and Electronic Communications Regulations (PECR) in relation to live marketing calls is a significant development, according to one expert....
END_OF_DOCUMENT_TOKEN_TO_BE_REPLACED queue Save This

ICO May Get Audit Powers; 80 Percent of ICO Fines Self-Reported

Out-Law.com reports that the UK Ministry of Justice has opened a consultation on making public health organizations subject to compulsory data protection audits by the Information Commissioner’s Office (ICO). Currently, the ICO has powers to audit central government departments but must obtain conse...
END_OF_DOCUMENT_TOKEN_TO_BE_REPLACED queue Save This

Exploring a path forward on the private right of action

There are points of consensus on what should be included in a federal privacy law drawn up by U.S. Congress. The inclusion of a private right of action in any legislation has not been one of those points. As considerations for meaningful consumer redress continue, Casentino Strategies Founder and Pr...
END_OF_DOCUMENT_TOKEN_TO_BE_REPLACED queue Save This

European Parliament voted 530-78 in favor of passing the Digital Services Act, setting up trilogue negotiations with the European Commission and the Council of the European Union before final passage. The text passed by Parliament includes provisions for "more transparent and informed choice" around...
END_OF_DOCUMENT_TOKEN_TO_BE_REPLACED queue Save This