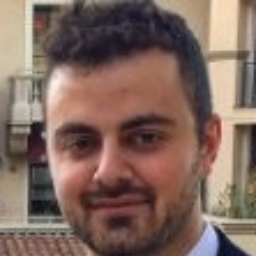 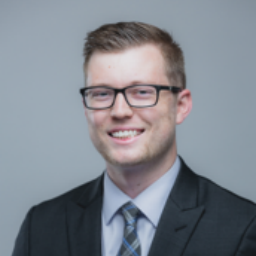 In November, Spain approved a controversial data protection law to facilitate compliance with Spanish law to the EU General Data Protection Regulation. Although the Spanish law aimed to provide clarity to the implementation of GDPR principles, its text and potential real-world application have caused concern that it is deviating from the GDPR’s intended effect.

When a constitution confers a negative right on the citizens of the state, this often implies the citizens have “freedom from” specific acts or abuse. In contrast, a positive right associated with rights that afford citizens “freedom to” a specific liberty. In looking at the language used in the Article 18(4) of the Constitution of Spain and Article 8 of the EU Charter, each article uses a different framework in bestowing the fundamental right to data protection. Strictly read, Article 18(4) of the Constitution of Spain creates a negative right, requiring others — that is, the public and private actors using and collecting the personal data — to limit “the use of data processing in order to guarantee the honor and personal and family privacy of citizens.” Conversely, looking at the language used in Article 8 of the EU Charter, citizens are afforded the positive right of protection of their personal data. The key language is stated in Section 1: “Everyone has the right to the protection of personal data concerning him or her ... .” Ultimately, while both articles take a different statutory approach, the result is the same — a fundamental right to data protection.

Path to the fundamental right to data protection versus privacy

Article 8 of the EU Charter severed the data protection right from a right to privacy. This had the effect of elevating data protection to a higher regulatory level. This led to the establishment of the GDPR, which has become the premier data protection framework.

The Spanish implementation of the GDPR emphasizes the Spanish fundamental right perspective of data protection by adding several rights not included in the GDPR to the framework, including the right to digital security, right to digital wills, right to digital education, right to net neutrality, and right to universal access to the internet. However, Spain has carved out a potentially massive exception. Article 58 establishes that “political parties, coalitions, and electoral groups may use personal data obtained in web pages and other public access sources for carrying out political activities during the electoral period.”

Critics argue that this largely runs in contradiction with GDPR Recital 56, which establishes that compiling personal data on people’s political opinions are only required for the operation of the democratic system in an EU state. The fear is that Spanish data protection laws allow political profiles to be built in the vein of data protection malpractices, such as Cambridge Analytica's usage of political profiles. The Spanish Data Protection Agency has attempted to allay concern by indicating that they will strictly follow Recital 56 of the GDPR; however, an application has yet to be seen.

Ultimately, privacy professionals should be aware this regulation will have lasting effects on any election in Spain and the day-to-day collection of personal information. Companies now have wide breadth when it comes to collection and dissemination of political data. Interest groups and political parties can use personal data acquired via websites and other places of public access to conduct political activities during the elections. With the election rapidly approaching in Spain, the development of political profiles can have far-reaching implications, including promoting a chilling effect among voters.

Photo by Tania Fernandez on Unsplash

1
Greetings from Portsmouth, New Hampshire! I'll be honest, I didn't have the U.S. Federal Trade Commission launching a privacy and data security rulemaking on my summer privacy bingo card. All indications to this point were that rulemaking was a safety net for U.S. Congress falling short on the prop...
END_OF_DOCUMENT_TOKEN_TO_BE_REPLACED queue Save This

The U.S. Federal Trade Commission's recent move to begin a privacy and data security rulemaking is significant, but it's fair to wonder where the process is going and what the final product will be. Join the IAPP Aug. 15 on LinkedIn Live as two former FTC leaders, Baker Botts Partner Maureen Ohlhaus...
END_OF_DOCUMENT_TOKEN_TO_BE_REPLACED queue Save This

U.S. House Committee on Energy and Commerce Chair Frank Pallone, D-N.J., released a statement welcoming the U.S. Federal Trade Commission's move to begin privacy and data security rulemaking, but noted the proposed American Data Privacy and Protection Act "is necessary" and Congress "has a respons...
END_OF_DOCUMENT_TOKEN_TO_BE_REPLACED queue Save This

The European Data Protection Supervisor issued a recommendation for the Council of the European Union to open further negotiations with Japan for a cross-border data-flow agreement. Despite Japan receiving an adequacy decision from the EU in 2019, the EDPS is seeking clarification regarding how nego...
END_OF_DOCUMENT_TOKEN_TO_BE_REPLACED queue Save This

The California Senate's Committee on Appropriations voted 5-0 to advance Assembly Bill 2273, the California Age-Appropriate Design Code Act, to the Senate floor. With its second reading completed after the committee vote, the bill is now eligible for final passage pending potential concurrence with ...
END_OF_DOCUMENT_TOKEN_TO_BE_REPLACED queue Save This