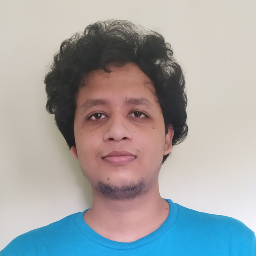 After the Supreme Court of India’s 2017 decision recognizing privacy as a fundamental right of an individual under the Indian constitution, an emphasis was placed to enact comprehensive data protection legislation. The BN Krishna Committee drafted the Personal Data Protection Bill 2018, which was opened for public consultation. Later, the Personal Data Protection Bill 2019, which is the government’s version of the data protection law, was introduced in Parliament in December 2019. As of now, it is uncertain when the bill will go to the Parliament floor for debate and discussion as it is currently being scrutinized by an expert committee. But it has been reported the expert committee will submit the report on the bill in this year’s winter session. This means the enactment of the bill could be a reality soon.

The current state of the Indian economy

Under normal circumstances, the bill's enactment and compliance would have gone smoothly for companies. But with the spread of COVID–19 and a countrywide lockdown for approximately three months, the economy is in a vulnerable condition. It has shrunk by 5.9% as per the United Nations Conference on Trade and Development report. Further, it is expected the Indian economy will contract even more in the financial year 2021.

Considering the above, a pertinent question arises: Can Indian companies, which are already facing the brunt of the economy, also bear the compliance cost with the enactment of the new data protection law? Or will the data protection law push companies into insolvency?

To understand the possible impact the Personal Data Protection Bill 2019 might have on companies’ compliance costs, a parallel needs to be drawn with the compliance cost faced by the companies in implementing the EU General Data Protection Regulation. The reason being that in its present form, this bill follows the GDPR pattern, although it does deviate from the GDPR in certain areas.

According to DataGrail’s "The Cost of Continuous Compliance" report, 74% of small- and mid-sized organizations spent more than $100,000 in compliance costs. Notably, 20% spent more than $1 million. Only 6% of respondents spent less than $50,000. A study into the compliance cost of implementing the GDPR by the Ponemon Institute indicates the average compliance cost for companies increased from $3.53 million to $5.47 million. Such compliance cost includes hiring a data protection officer, a record of processing activities (inventory), gap assessment, policies and procedures, modifying processes, training employees and monitoring compliance. In addition to this, there may also be increased legal costs.

The data protection law is essentially a balance among the companies, state and individuals. But, if this law is implemented without considering the current economic slowdown, companies might have to bear the brunt of the costs. The financially sound companies will, of course, pave their way and achieve compliance. But when it comes to startups or other companies without much financial backing, an added compliance cost due to a data protection law might push them over the edge into insolvency.

Another way the Indian government can ensure the corporates are not burdened with the compliance cost is to implement the law in a stepwise manner. This means those provisions that do not increase the financial cost of a company significantly can be enforced first. Such provisions that resemble the already existing IT law or sector-specific data protection law can be enforced as these provisions are already being complied with under the previous regime. At the same time, provisions that are completely new and require added cost, such as the provisions relating to data localization, can be implemented later. This, in turn, can make sure that the trade is not affected.

It is yet to be seen how the enforcement of the data protection law takes place in India. However, right now is the time for the Indian government to properly plan how the enactment and implementation of the data protection law will occur. Further, economic factors must also be taken into account, and it must be understood that rushing into enactment will do more harm than good.

2
How many times has an advertisement for a beauty product or electronic gadget appeared on your social media feed while you were having a real-time conversation about a similar subject? This is the subtlety and sophistication of the world of digital marketing, a world heavily reliant on customer data...
END_OF_DOCUMENT_TOKEN_TO_BE_REPLACED queue Save This

A large number of tourists visit India to get access to the wide array of health care services due to affordable prices, large number of highly skilled medical professionals, world-class infrastructure, quality and cost-effective treatments, ease of communication and travel, limited waiting time, an...
END_OF_DOCUMENT_TOKEN_TO_BE_REPLACED queue Save This

What you should know about India's forward-moving privacy bill

India’s proposed Personal Data Protection Bill — which would regulate how data of the country’s 1.3 billion people is stored, processed and transferred — could be on track for approval early next year. Following the legislation’s introduction in Parliament last week, a Joint Select Committee of 20 ...
END_OF_DOCUMENT_TOKEN_TO_BE_REPLACED queue Save This

While the Court of Justice of the European Union's "Schrems II" ruling may have centered around EU and U.S. data transfers, other countries need to be aware of how the decision could impact their businesses. India is one such country, as it has a considerable information technology market in the EU....
END_OF_DOCUMENT_TOKEN_TO_BE_REPLACED queue Save This

Op-ed: Where India's adequacy status may stack up

When the EU General Data Protection Regulation was first introduced in 2016, 12 countries were deemed adequate by the European Commission. In 2019, a new draft of the Indian data protection framework was announced and has been referred to the Joint Parliamentary Committee for further action. “It’s h...
END_OF_DOCUMENT_TOKEN_TO_BE_REPLACED queue Save This