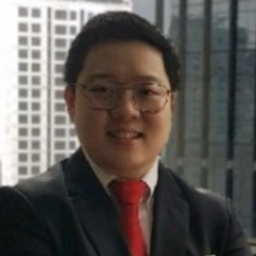 It has been widely reported that Indonesia aims to promulgate the Personal Data Protection Bill in August. One of the issues that stalled promulgation was whether Indonesia should have an independent body supervising personal data protection. With this issue now resolved by deferring the exact form of the supervisory body to the Indonesian president by way of a presidential decree, another issue might arise after the bill’s promulgation: the possibility of conflicting views on personal data protection regulations.

The potential conflicts may stem from Article 71 of the PDPB, which states when the Personal Data Protection Law enters into force, all provisions of the current laws and regulations governing personal data protection shall remain applicable so long as they are not contrary with provisions under the PDPL.

The problem with the above provision is that currently, there are so many provisions pertaining to personal data protection scattered across scores of laws and regulations in multiple sectors. How exactly to convince the regulator (which is undecided whether it will be an independent body or a body under the Ministry of Communications and Informatics) that one does not contravene the provisions under the forthcoming PDPL shall remain a mystery.

For companies with in-house legal counsel and those using external counsel, locating conflicting provisions between existing laws and regulations and the forthcoming PDPL might seem like a walk in the park. But the same situation might not apply to individuals or companies without the assistance of legal counsel.

It might be more fitting if the PDPB expressly declares certain provisions in scores of existing laws and regulations to be ineffective upon promulgation of the bill. This is similar to what Indonesia’s Job Creation Law did by rendering many provisions under so many existing laws and regulations ineffective after the Job Creation Law entered into force.

The drafting method behind the Job Creation Law is now known as the Omnibus Law on Job Creation. Pursuant to Article 64(1b) of Law No. 13 Year 2022 on Formulation of Laws and Regulations (second amendment to Law No. 12 Year 2011) (“Law 13/2022”), the omnibus method formulated laws and regulations by adding, changing, or revoking content across multiple sectors of law into one bill.

One may argue that to avoid confusion and clearly define scope, an omnibus method of drafting the PDPB is necessary. Given that the bill’s early draft predates the new Law 13/2022 where the omnibus method is recognized as one of the many ways to draft a regulation, it might be difficult for the government and Parliament to scrap the current draft of the bill and go back to square one to draft a completely new draft Omnibus Law on Personal Data Protection.

Conflicting views between supervisory body and other bodies

Although the PDPL is envisaged to be an all-encompassing law to govern data protection issues, it seems this may be a utopian dream as many sectors — especially in banking and finance under the supervision of the Financial Services Authority (known as the Otoritas Jasa Keuangan) — are prone to governing themselves with specific rules that might differ from other sectors. It remains to be seen whether there is any provision under the latest PDPB draft that addresses this issue.

The president will be in charge of deciding the independence of the supervisory body for issues involving the protection of personal data in Indonesia. Whether the body will be independent of any ministries or placed under an existing ministry — most likely the Ministry of Communications and Informatics (MoCI) — is one of the major questions that has yet to be answered.

According to Institute for Policy Research and Advocacy Executive Director Wahyudi Djafar, if the supervisory body is placed under the MoCI, then the MoCI will act both “as player and referee.” As a consequence, it will be difficult for the supervisory body to regulate and supervise the MoCI's compliance with PDPL as part of its supervision duties. Another reason why an independent supervisory body is more desired is because, according to the July 2022 publication from the Asia Society Policy Institute, the current practice of enforcement by the MoCI is “said to have been a ‘conspicuous failure,’ with only warnings issued in the past and to no deterrent effect.” Additionally, there is a “desire to have a leaner administration, rather than multiple agencies that would drive up costs.”

The president is now given a wide latitude to exercise his power in deciding whether he wants the Personal Data Protection Supervisory Body to be completely independent from any ministry or not. According to Bobby Adhityo Rizaldi, a member of the First Commission of the Indonesian House of Representatives, a presidential decree will likely be issued within a year or two from now. Given that there is an upcoming presidential election in 2024, it is very likely that any presidential decree to establish the Personal Data Protection Supervisory Body will only be issued after the presidential election takes place considering the busy year ahead political parties and presidential candidates. Furthermore, it is uncertain whether President Joko Widodo will exercise his power right before he steps down.

It seems that Indonesia will have a long way to resolve the residual issues discussed above. However, the fact that Indonesia is resolute in having the Personal Data Protection Bill passed this year is already a good work. For privacy practitioners, this is high time to provide valuable input to the Indonesian government to make sure the government is aware of these residual issues before too late.

The House of Representatives of the Republic of Indonesia is expected to sign the Personal Data Protection Bill during its session in August. House Chairman of Commission Meutya Hafid said areas of disagreement within the bill, which was first proposed in 2016, have been discussed. Hafid noted, “Var...
END_OF_DOCUMENT_TOKEN_TO_BE_REPLACED queue Save This

In 2017, the Supreme Court of India pronounced a landmark judgment declaring the right to privacy as a fundamental right under the framework of the right to life (Article 21) as per our Constitution. However, a standalone and comprehensive privacy law does not exist in India. Currently, the Informat...
END_OF_DOCUMENT_TOKEN_TO_BE_REPLACED queue Save This

State-level privacy law regulations are at the front of many privacy professionals’ minds in 2023. California and Colorado are in the midst of drafting rules for their respective privacy legislations. Once finalized, each set of regulations will bring a number of requirements that differ from the st...
END_OF_DOCUMENT_TOKEN_TO_BE_REPLACED queue Save This

The European Commission released guidance to assist companies in complying with the Digital Services Act's user reporting requirements. The reporting will help determine whether increased DSA obligations for "very large" online platforms and search engines are to be applied. Under the law, additiona...
END_OF_DOCUMENT_TOKEN_TO_BE_REPLACED queue Save This