Elise Berkower, CIPP/US, a founding member of the IAPP and one of the earliest operational privacy professionals, died unexpectedly last week. She was 60.

Many in the privacy community knew Berkower from her work at Nielsen, where she had served for nearly a decade as chief privacy counsel. She was also, however, part of the DoubleClick privacy team in the early 2000s that was led by Jules Polonetsky, CIPP/US, now head of the Future of Privacy Forum, and featured Nuala O’Connor, CIPP/G, CIPP/US, now head of the Center for Democracy and Technology; Teresa Troester-Falk, CIPP/US, now global privacy strategist at Nymity; Brooks Dobbs, CIPP/US, now CPO at KBM Group; Bennie Smith, now CPO at Merkle; Amanda Chandler, now global privacy manager at Vodafone, and many others. 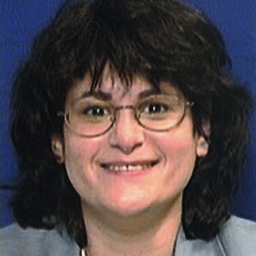 Elise was Polonetsky’s first hire at DoubleClick, he recalled. “Elise built and ran the first comprehensive online advertising privacy compliance program in the industry,” he said. That meant not only watching over internal affairs but also working with countless advertisers and publishers. “In those days,” Polonetsky said, “websites were first beginning to adopt privacy policies and few had language or choices that reflected the uses of ad technology. Elise corrected and edited thousands of policies.”

Their relationship began back when Polonetsky was Commissioner of Consumer Affairs for New York City in 1998, where Berkower was deputy chief administrative law judge. He soon appointed her as chief judge. Their work together blossomed from there, and the DoubleClick team ended up populating privacy offices around the globe.

Troester-Falk, for example, ended up working with Berkower for four years at Nielsen between work at Epsilon and Nymity, and she noted Berkower was instrumental in leading an internship program both at DoubleClick and Nielsen that created yet more privacy professionals, who now populate many privacy teams around the globe. At last count, some 70 law graduates had gone through the internship program Berkower launched.

Berkower was also an early supporter of the IAPP’s mission. She served on the first-ever advisory board for The Privacy Advisor back in 2006 and was vital in establishing the publication as the must-read voice of the operational privacy professional. As the Global Privacy Summit grew in its early days, Berkower was always on hand to lead practical privacy-implementation panels and presentations.

“Since the very beginning of the IAPP,” President and CEO J. Trevor Hughes, CIPP, said, “Elise brought a deep insight and gentle strength to everything she touched. Many of the standards and laws we use in the U.S. today have benefited from her precision and wisdom.” However, noted Hughes, Elise “never allowed a conversation to begin without learning something about the family, something about my day, something about my life. Her genuine and human connection to those around her was a gift.”

Polonetsky similarly reflected that, even as Berkower struggled with health issues and the impact of living within a few blocks of the World Trade Center on 9/11, it was hard to find out how she was doing, as she was always more interested in inquiring about what was happening in his life.

Speaking at the Future of Privacy Forum, where Berkower served on the board of directors, Polonetsky said, “You can be sure we will find a way to honor her friendship and service.”

In the meantime, Berkower’s family held a service for her this past weekend and asks that donations in her name be directed to Planned Parenthood or American Jewish World Service.

n the U.S. there are some statutory and regulatory restrictions on sending promotional messages to cell phones and other wireless devices. (Much of the impetus for regulation arose from the fact that consumers have to pay to receive these messages.)...
END_OF_DOCUMENT_TOKEN_TO_BE_REPLACED queue Save This

Sometimes the Tail Has to Wag the Dog

Vendors that provide Internet technology products or services sometimes find themselves in the strange position of suggesting that changes be made in their clients' Web site privacy policies. As Privacy Compliance Officer for a company that has, over the years, offered ad-serving, volume email deliv...
END_OF_DOCUMENT_TOKEN_TO_BE_REPLACED queue Save This

Today, it would be remiss to say that the privacy profession is anything but flourishing. Companies are increasingly hiring privacy officers and even elevating them to C-suite positions; the European Commission has proposed a statute in its amended data protection framework that would require data p...
END_OF_DOCUMENT_TOKEN_TO_BE_REPLACED queue Save This

Chapell & Associates, the leading strategic consulting firm focusing on privacy, marketing and public policy, is proud to announce that Elise Berkower has joined the firm as the Executive Vice President of Privacy Strategy....
END_OF_DOCUMENT_TOKEN_TO_BE_REPLACED queue Save This

In addition to laws that require security in the collection, handling, and processing of personal information, there are those that focus on the disposal and destruction of personal data. Running afoul of these laws can bring injunctions, ongoing auditing requirements, fines, and even criminal sanct...
END_OF_DOCUMENT_TOKEN_TO_BE_REPLACED queue Save This