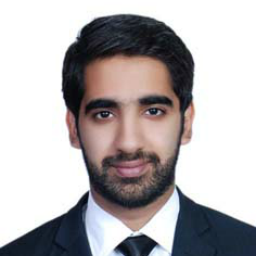 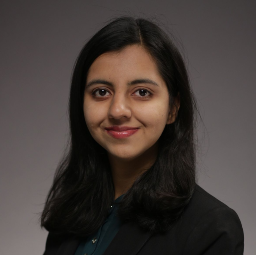 On Sept. 7, 2020, Germany’s Baden-Württemberg Commissioner for Data Protection and Freedom of Information updated its guidance on international data transfers. It is the first and only European national supervisory authority as of yet that has issued mandatory guidance following the Court of Justice of the European Union’s judgment in the “Schrems II” case.

The updated guidance of the Baden-Württemberg’s Commissioner provides a checklist of action items that companies should consider to ensure compliance with the “Schrems II” judgment. The checklist includes the following major action items:

Protection against the intervention of the public authorities

Where public authorities disproportionately intervene with the transferred personal data, additional safeguards need to be taken by the EU data exporter, in agreement with the data importer, for the level of protection in the third country to be considered adequate for the transfer. After the CJEU’s assessment of the U.S. in “Schrems II,” the following two additional safeguards need to be mandatorily taken for transfers to the U.S.: encryption for which “only the data exporter has the key” and “cannot be broken by U.S. [intelligence] services”; and anonymization or pseudonymization where “only the data exporter can re-identify the data.”

However, the aforementioned safeguards are considered sufficient only for particular types of data transfers and are not a catch-all solution. The LfDI did not specify which type of data transfers would be covered under these safeguards, but it would be reasonable to assume that data transfers to U.S. electronic communication service providers would require more protections since they are subject to surveillance under Section 702 of the U.S. Foreign Intelligence Surveillance Act. Thus, other specific and enhanced protections may be required against the intervention of public authorities on a case-by-case basis.

It is important to note that despite these safeguards, the LfDI can still stop any data transfer that it believes does not ensure adequate data protection standards against the intervention of the public authorities of a third country.

Amendments to the SCCs

Finally, the LfDI recommends the following changes in the SCCs be made, as part of the main agreement or separately, as minimum additional safeguards when transferring data to companies based in risky third countries:

With the European Commission reviewing and updating the SCCs soon, it can be safely concluded that these amendments suggested by the LfDI will be definitely considered and future SCCs will most probably closely resemble the amended versions suggested here.

A recent survey discovered that around 60% of EU companies say that they would not reduce transfers to the U.S., despite the existing risks. Thus, the on-ground reality is that trans-Atlantic data transfers are not slowing down anytime soon. So, a solution needs to be posited that protects the fundamental privacy rights of European residents while allowing EU-U.S. businesses to function.

Thus, in these uncertain times, the guidelines issued by the LfDI serve as a beacon of hope as they provide a concrete international data transfer solution to companies. In particular, the mandatory checklist provided within the guidance serves as a practical action plan for companies that are still deliberating on how to conduct their risk assessments for continuing their cross-border data transfers in a compliant manner.

The recently established EDPB’s task force for "the uniform application of the 'Schrems II' judgment" is likely to study this guidance, as well, to extract a unified and comprehensive response for the European supervisory authorities to follow. It’s safe to say that companies, even outside the LfDI’s jurisdiction, can begin to take this guidance as the minimum threshold for legal transfers of data of EU residents to the U.S. until the EDPB appointed taskforce can finalize its recommendations.

Photo by Kyle Glenn on Unsplash

1
Recent guidance by Germany’s Baden-Württemberg Commissioner for Data Protection and Freedom of Information instructs EU entities they cannot lawfully transfer data to cloud, software-as-a-service or other technology providers not organized under the laws of the EU, European Economic Area or an equiv...
END_OF_DOCUMENT_TOKEN_TO_BE_REPLACED queue Save This

US surveillance law and the future of trans-Atlantic data flows

The "Schrems II" decision is the latest — and perhaps most significant — event in a long-running series of issues regarding the appropriate role of surveillance in our society and the inevitable collision of surveillance and privacy. The decision invalidated the EU-U.S. Privacy Shield, raised questi...
END_OF_DOCUMENT_TOKEN_TO_BE_REPLACED queue Save This

7 predictions for the road ahead after 'Schrems II'

It's difficult to believe that it has only been a short time since the Court of Justice of the European Union invalidated the European Commission adequacy finding for the EU-U.S. Privacy Shield on July 16, 2020. So much has changed.  In this final note in the series, we provide seven predictions fo...
END_OF_DOCUMENT_TOKEN_TO_BE_REPLACED queue Save This

If you are one of the thousands of companies that exports data from the EU to the U.S. or to another third country that lacks an adequacy decision using standard contractual clauses, are you permitted to continue doing so, following the Court of Justice of the European Union’s ruling in the "Schrems...
END_OF_DOCUMENT_TOKEN_TO_BE_REPLACED queue Save This

BCRs as a robust alternative to Privacy Shield and SCCs

Binding corporate rules are considered the “gold standard” for international data transfers, primarily as they constitute the only data transfer mechanism that carries individual regulatory approval. As all concerned supervisory authorities have participated in the review and approval process, it se...
END_OF_DOCUMENT_TOKEN_TO_BE_REPLACED queue Save This