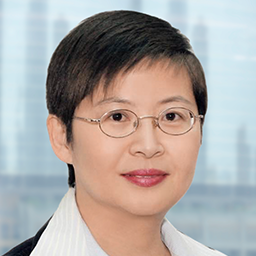 I hope you are all enjoying autumn (and spring for folks in the southern hemisphere) and warm greetings from Beijing, China!

Data privacy and data protection in Asia Pacific? You never get bored.

1 Nov. will witness the long-awaited China’s Personal Information Protection Law going into effect, which has been extremely topical among businesses, academics, privacy professionals as well as government agencies in the past months. Since the promulgation of the PIPL on 20 Aug., business entities, large and small, have been busy bringing their privacy documentation and mechanisms up to the level required under the new personal data law.

“Important data” is a legal concept under the China Cybersecurity Law and the China Data Security Law, but the lack of definition has presented difficulty for businesses to assess whether the data they collect would fall within the scope of “important data.” China’s National Information Security Standardization Technical Committee, the drafters of China TC260 standards, issued the Information Security Technology — Identification Guide of Important Data (draft for comments). Under the guidelines, “important data” is defined as “data where national security and public interests would be harmed in the event that they are tampered with, destroyed, leaked, or illegally obtained or used.” Personal information is not “important data.” However, derivative data produced based on a huge volume of personal data may fall under the scope of “important data.” Further clarity is expected in the final version of the guidelines.

Shanghai, the largest city in China and also an important hub for technology development and innovation around the Yangtze delta, issued the Shanghai Data Regulations (draft for public comments) on 30 Sept., with a view to building Shanghai into an international digitalization city. The Shanghai Data Regulations (draft) cover a number of hot topics such as data ownership, data assetization and monetization, open data, data flow, etc. Shanghai will set up a data exchange to explore and release the value of data assets.

Moving down to the south, there are some recent important regulatory developments in Hong Kong. The Personal Data (Privacy) (Amendment) Bill 2021 went into effect 8 Oct., following its passage by Hong Kong’s legislature 29 Sept. The bill creates new offenses to tackle doxxing acts, with fines up to HK$ 1 million and imprisonment for five years. The bill also empowers the Office of the Privacy Commissioner for Personal Data to carry out criminal investigations, institute prosecution against doxxing incidents and demand the cessation of doxxing contents.

Hope you enjoy this digest. See you next time!

Kia ora koutou, New Zealand continues to manage its way out of the current delta outbreak, with government plans to relax lockdown measures resting heavily on Kiwi vaccination levels. An important part of this strategy will be permitting greater freedoms for those who are fully vaccinated and, to e...
END_OF_DOCUMENT_TOKEN_TO_BE_REPLACED queue Save This

Dear privacy pros, The topic du jour in the privacy world is the recent leak of the largest cache of data concerning offshore accounts and assets of the rich and powerful. Aptly dubbed the Pandora Papers, the 2.94 terabytes of information and the resulting report from the International Consortium ...
END_OF_DOCUMENT_TOKEN_TO_BE_REPLACED queue Save This

1
Namaste, 你好Nǐ hǎo and hello to one and all! In Hong Kong, a former clerical assistant was sentenced to 45 months in prison — the toughest doxxing sentence in the country — after she pled guilty to “misconduct in public office.” Hung Wing-sum divulged the personal information of more than 200 public...
END_OF_DOCUMENT_TOKEN_TO_BE_REPLACED queue Save This

Kia ora koutou, It’s been some time since my editorials mentioned the COVID-19 pandemic. This is largely due to the very fortunate position New Zealand has been in, thanks in most part to our physical isolation. However, our relative seclusion has not been enough to protect us from the more virulen...
END_OF_DOCUMENT_TOKEN_TO_BE_REPLACED queue Save This

Hello privacy pros. Coinciding with Australia's unfortunate resurgence in COVID-19 infections, this week's update is full of Australian pandemic privacy news. With significant COVID-19 related restrictions and lockdowns in force for many Australian communities, mandatory check-ins at business and ...
END_OF_DOCUMENT_TOKEN_TO_BE_REPLACED queue Save This