Stakeholders met in Washington, DC, on November 19 to explore and hash out the privacy and security implications of the Internet of Things (IoT). The rapidly emerging landscape of connected sensors and embedded technology has garnered the attention of the Federal Trade Commission (FTC) of late, but the complexity of the IoT ecosystem was readily apparent during the proceedings.

It was clear from the outset that one main concern threaded throughout the day was the need for more robust security protections with IoT technology. One common answer among most panelists was more calls for Privacy by Design by companies—particularly small- and medium-sized businesses and startups. The testimony made clear that larger companies such as GE, Microsoft, Google and Toyota have been putting resources into developing connected devices with privacy and security in mind, but concerns about the nascent industry loomed. 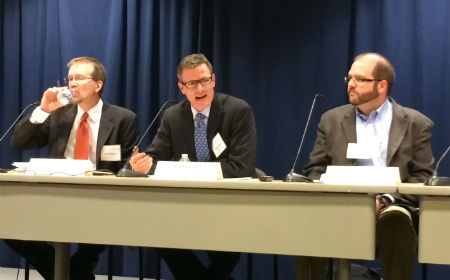 Electronic Frontier Foundation Senior Staff Attorney Lee Tien said he’s “worried that industries moving into this space are not as mature about security as others like Microsoft.”  Tactical Network Solutions Vulnerability Researcher Craig Heffner added that companies need to push their vendors to improve security as more embedded devices come out, and warned that, often, smaller companies try to cut costs and so hire the cheapest developers.

Michelle Chibba, policy and special projects director for the Office of the Information and Privacy Commissioner of Ontario, cited her agency’s research of apps in the smart grid, which found that many SMEs did not have sophisticated privacy and security knowledge and often lacked chief privacy officers.

Scott Peppet, professor at the University of Colorado School of Law, said he spent the summer analyzing the privacy policies of the top 30 fitness devices and found that many either did not have a privacy policy at all or had one that inaccurately described their data collection and use. “A lot of these companies have not figured out their business model yet,” he warned, adding a caution about how poorly notice-and-choice performs in this realm. Further details of his work will be published in February, he said.

In fact, providing notice and choice to consumers and businesses in a highly complex and connected environment is next to impossible, according to several panelists. Other basic Fair Information Privacy Practices (FIPPs) are being challenged as well.

In tandem with the event, the Future of Privacy Forum (FPF) released a whitepaper proposing a new privacy paradigm for the IoT. The analysis, written by FPF Co-Chairman and panelist Christopher Wolf and Executive Director Jules Polonetsky, CIPP/US, argues that the FIPPs are getting outdated and that to provide meaningful notice—particularly in a landscape that often doesn’t have interfaces to provide notice or offer choice—is simply not feasible.

Wolf, who offered his analysis on the connected cars panel, applauded the FTC’s initiatives in the IoT realm thus far but said he “would not like to see the FTC’s mission to be the granular technology prescriber.”

Not all agreed, however, with altering the FIPPs.

“It’s a truism that U.S. privacy law is about notice and choice,” Calo said. “We have amazing technology that allows a blind man who speaks English to speak to a German, but at the same time, we’re in the Gutenberg era” when it comes to terms of service and privacy notices. “There is a real opportunity to do notice right,” he said, adding, “We need to innovate around privacy notices.” 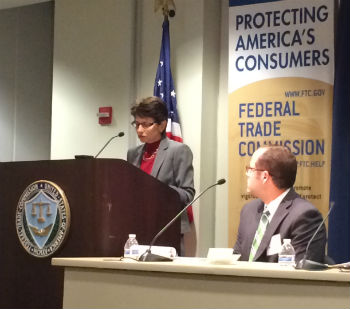 Will the FTC issue new regulations?

Vint Cerf, a keynote during the roundtable and Google’s chief Internet evangelist, said that social conventions, not government regulation, will ultimately protect consumer privacy. He said we’re living in an era when such social conventions need to be worked out.

“While regulation might be helpful,” he said, “an awful lot of the problems that we experience with privacy is a result of our own behavior.”

The FTC’s Rich answered the question and closed the intensive day by noting the agency will not issue new regulations on IoT in the near term but noted it will provide a report sometime in 2014.

The proposed American Data Privacy and Protection Act feels so close and yet so far away. The comprehensive privacy bill is on the cusp of a U.S. House floor vote, a first for any federal privacy proposal. But the bill's fragile nature is being tested at a crucial point in the legislative process as...
END_OF_DOCUMENT_TOKEN_TO_BE_REPLACED queue Save This

Two federal bills to protect children and teenagers’ online privacy were passed out of the U.S. Senate Committee on Commerce, Science and Transportation during a markup session July 27.   Committee members passed an update to the Children’s Online Privacy Protection Act with a voice vote carried by...
END_OF_DOCUMENT_TOKEN_TO_BE_REPLACED queue Save This