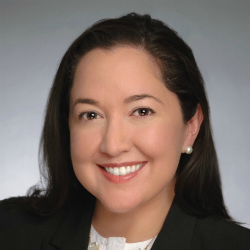 With new technologies, the timeline from “that’s freaky!” to “ho-hum” is rapidly getting compressed. That’s certainly proving true of facial-recognition technology.

In the film “Minority Report,” released in 2002, Director Steven Spielberg envisioned a world (set in 2054) in which every individual would be instantly recognized (and marketed to) in public spaces, such as shopping malls. At the time, it was truly science fiction. Today, the Chinese government has embarked on a project to match faces to its database of 1.3 billion ID photos in seconds, with a target of achieving 90 percent accuracy. And many of us are routinely using Apple’s Face ID (made available in 2017 with the release of the iPhone X) to unlock our phones, or Facebook’s “tag suggestions” feature to identify our friends in photos.

(Note to film buffs: We acknowledge that “Minority Report” involved retinal scans rather than facial-recognition technology  — allowing the hero John Anderson, played by Tom Cruise, to escape detection via an eyeball transplant — but the principle is the same.)

The privacy concerns with facial-recognition technology are obvious: Nothing is more “personal” than one’s face. So how is the processing of facial data regulated, whether such data is collected by a government agency as in China or by a private entity like Apple or Facebook? And as facial-recognition technology use becomes more pervasive (as widely predicted), what restrictions are appropriate in the future?

U.S. law addressing facial-recognition technology is a patchwork — and a small patchwork, at that.

No federal law regulates the collection of biometric data, including facial-recognition data. At the state-law level, three states (Illinois, Washington and Texas) have passed biometric legislation, but the Washington statute doesn’t specifically encompass facial-recognition technology. The Illinois Biometric Information Privacy Act, which alone includes a private right of action, is “the gold standard for biometric privacy protection nationwide” in the view of the Electronic Frontier Foundation.

Unlike the EU’s data protection laws (discussed below), BIPA doesn’t begin from a position of prohibiting the use of biometric data but rather puts guardrails around how it’s used. Specifically:

No surprise that BIPA, with its private right of action, has been the subject of numerous lawsuits, including several focused on facial-recognition technology. Most notably on the facial-recognition technology litigation front, a class-action lawsuit against Facebook for BIPA violations regarding Facebook’s “faceprint” feature is pending in the Northern District of California. Google recently managed to fend off (on standing grounds) a similar lawsuit under BIPA in the Northern District of Illinois concerning its face template application.

A pending Illinois bill (SB 3053) would provide a carve-out from BIPA for use of biometric data “exclusively for employment, human resources, fraud prevention, or security purposes,” if certain safeguards are in place; but Illinois’s new attorney general has announced his opposition to any weakening of the law. Meanwhile, California’s sweeping new privacy law, the California Consumer Privacy Act, scheduled to become effective in January 2020, will explicitly cover biometric data.

Like Illinois’s BIPA, the GDPR makes an important distinction between facial-recognition data and photographs. Recital 51 of the GDPR states the distinction as follows: “The processing of photographs should not systematically be considered to be processing of special categories of personal data as they are covered by the definition of biometric data only when processed through a specific technical means allowing the unique identification or authentication of a natural person.”

Although the GDPR doesn’t mention video images — such as those collected by a security camera — presumably the same principle will apply. Any images collected, whether via photos or videos, will only constitute biometric data if “specific technical means” are used to uniquely identify or authenticate an individual.

Notably, however, Article 9(4) of the GDPR permits each EU member country to introduce certain derogations with respect to restrictions on processing biometric data (“member states may maintain or introduce further conditions, including limitations”). The Netherlands, for instance, has provided a carve-out for biometric data if necessary for authentication or security purposes, and Croatia’s new data protection law exempts surveillance security systems. It’ll be interesting to see if other EU members follow suit.

The acknowledgment that biometric data, including facial-recognition data, constitutes personal information is certainly overdue. What’s still being worked out is what precautions (including notice and consent) are appropriate before facial-recognition data can be collected and used, and what exceptions may be warranted for security and fraud prevention purposes, among others.

Let’s face it (pun intended): Facial-recognition technology can be used in ways that actually improve privacy and security through more accurate authentication. Imagine faster check-in and passport control at airports, as well as heightened security; speedier and more accurate patient care at hospitals; and more efficient payment confirmations, whether online or at retail establishments. Apple says that the probability a random stranger could unlock your iPhone using Face ID is one in a million — which makes it 20 times more secure than Touch ID.

So the challenge becomes: How do we encourage legitimate uses of facial-recognition technology to flourish and reap the technology’s undeniable benefits, while preventing misuse and ensuring respect for privacy rights?

There would appear to be two divergent paths forward:

The Illinois Supreme Court has decided against Six Flags in its case challenging the state's Biometric Information Privacy Act, CapitolFax.com reports. The crux of the case is whether a business can be held liable for violating BIPA even if the plaintiff cannot prove "harm." The plaintiff in the cas...
END_OF_DOCUMENT_TOKEN_TO_BE_REPLACED queue Save This

Sen. Ed Markey, D-Mass., has called for stronger privacy protections to be enacted before the U.S. Federal Aviation Administration loosens rules around the use of commercial drones, Multichannel News reports. The FAA seeks to no longer require waivers for flights at night and over groups of people. ...
END_OF_DOCUMENT_TOKEN_TO_BE_REPLACED queue Save This

Following the admission that New Zealand’s largest supermarket company utilized facial-recognition technology in some of its stores to identify potential offenders, the prime minister raised concern over the technology’s inaccuracy and said it could prove “very, very problematic,” Stuff reports. Pri...
END_OF_DOCUMENT_TOKEN_TO_BE_REPLACED queue Save This

Representatives from several government agencies, along with members of industry and civil society, appeared Wednesday before the U.S. House Oversight Committee to explore privacy issues around the use of facial recognition technology, including the potential need for drafting legislation to limit s...
END_OF_DOCUMENT_TOKEN_TO_BE_REPLACED queue Save This

Across the globe, facial-recognition software engineers, artificial intelligence technology corporations and staff from governments eagerly awaited the results of testing from a little-known corner of the U.S. Commerce Department in November. The agency’s evaluations would not only provide valuable ...
END_OF_DOCUMENT_TOKEN_TO_BE_REPLACED queue Save This