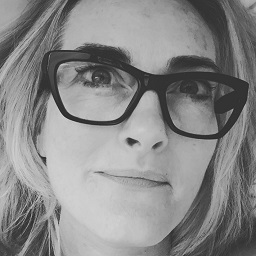 In case you missed yesterday’s news—because you were hill walking or unconscious somewhere—the Safe Harbour agreement, which allowed many U.S. companies to import and host EU personal data in the U.S., has been declared invalid. Headlines rushed to herald the end of all EU-U.S. data transfers.

But the truth is Safe Harbor was only ever one mechanism on which multi-nationals relied to transfer data from Europe to the U.S. Many used EU-approved model clauses to allow the data transfers and many business-to-consumer (B2C) companies (including Facebook) routinely collected consent from their users to transfer personal data to the U.S. or elsewhere. Both these options for data transfer as well as BCRs—for those few companies who have them—are still available.

Max Schrems may have won a victory in relation to Safe Harbor but he has lost the war as, presumably, he has still consented to Facebooks’ standard terms, which allow the continued transfer of his data to the U.S.

Unwittingly, Max Schrems may actually have worsened the position for consumers who will now find B2C companies relying more heavily on consumer consent for data transfers to the U.S.

We may not see pop up boxes explicitly stating, “I consent to Facebook transferring my data to the U.S. and sharing it with the NSA,” but deploying annoying pop-up boxes to gain consent for data transfer is an easy option for B2C companies looking for grounds to transfer data.

Consent is often championed by the EU data protection authorities, but, unlike other mechanisms for data transfer, consent shifts all the responsibility onto the consumer and away from the data controller. The consumer has to decide, “How badly do I want this product? Should I agree to these terms?” And most often they will just shrug and say OK.

Once consent has been obtained, the data controller need not consider tiresome issues such as putting in place protocols to protect EU data stored in the U.S. or providing a right of redress for EU individuals in the courts. The consumer has simply traded their EU privacy rights for a product.

How is this possibly a better deal for consumers?

I actually liked Safe Harbor. I found it made U.S. companies think about protecting EU data in a way that alternative mechanisms such as model clauses and consent do not. Senior management had to buy into it and Safe-Harbor training raised awareness amongst staff of the importance of protecting EU data. FTC oversight frightened a lot of U.S. companies into taking their Safe Harbor responsibilities seriously (whatever Max may have thought). Now this leverage is gone.

Sorry Max but I think this one is an own goal. NSA 1. EU data subjects NIL.

Without doubt, Tuesday’s historic decision by the Court of Justice of the European Union (CJEU) invalidating the EU-U.S. Safe Harbor Agreement has ruffled a lot of feathers in the business community, while reenergizing privacy advocates in the EU and abroad. Now that the main agreement allowing the ...
END_OF_DOCUMENT_TOKEN_TO_BE_REPLACED queue Save This

The Court of Justice of the EU (CJEU) has rocked the privacy community with its response to an inquiry made last June by then-Irish High Court Judge Gerard Hogan in a case filed by Austrian student Max Schrems. What happens next for the Schrems case, and what are the implications of the recent Welti...
END_OF_DOCUMENT_TOKEN_TO_BE_REPLACED queue Save This

2
"Uncertainty" is the word of the day in privacy circles Max Schrems has won. In a closely watched case, the European Court of Justice (ECJ) released a judgment this morning agreeing with his argument that the PRISM mass surveillance program unveiled by Edward Snowden makes the European Commission’s...
END_OF_DOCUMENT_TOKEN_TO_BE_REPLACED queue Save This

Don’t Strike Down the Safe Harbor Based on Inaccurate Views About U.S. Intelligence Law

5
Important legal decisions should be based on an accurate understanding of the law and facts. Unfortunately, that is not the case for the Advocate General’s (AG’s) recent Opinion finding that the Safe Harbor agreement between the U.S. and the EU unlawful. As the U.S. Mission to the EU has also noted,...
END_OF_DOCUMENT_TOKEN_TO_BE_REPLACED queue Save This

There has been no shortage of opinions and concerns about the future of the EU-U.S. Safe Harbor framework, especially after last week’s opinion from European Court of Justice (ECJ) Advocate General Yves Bot. With an ECJ decision on the matter expected next Tuesday, October 6, former General Counsel ...
END_OF_DOCUMENT_TOKEN_TO_BE_REPLACED queue Save This