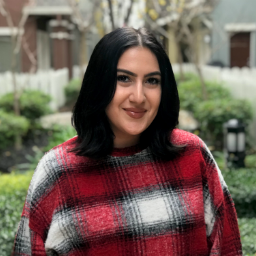 The European right to be forgotten is grounded in the belief that individuals should have autonomy over their online presence without being repeatedly stigmatized as a consequence of a specific action performed in the past. The right’s emergence, and what many consider its foundational beginnings, was Article 12 of the Data Protection Directive (95/46/EC) where a data subject’s right to request and obtain access to personal data and object to its processing were first recognized.

It became the topic of international news, and of concern to American companies that process the personal data of private citizens of the EU, in 2014 when the Court of Justice of the European Union took up the Google v. Costeja case. The case stemmed from a Spanish newspaper, La Vanguardia, publishing announcements in 1998 regarding the forced sale of properties arising from social security debts, which it eventually put online. In 2009, one of the property owners, Mario Costeja Gonzalez, lodged official complaints against La Vanguardia and Google, arguing that the forced sale had been years ago and was no longer relevant, therefore the data and links should be removed. The complaint against La Vanguardia was rejected, but upheld against Google Spain and Google and ended up in the CJEU.

The CJEU ruled that a search engine must, upon the data subject’s request, eliminate from the results of a search of their name any links that are no longer relevant. Now, most notably, the right has been officially codified as Article 17, “The Right to Erasure,” of the European Union’s General Data Protection Regulation, which goes into effect May 25, affecting a multitude of companies — no matter where they are based — that process the personal information of individuals in the EU.

California’s Online Erasure law took effect Jan. 1, 2015. The purpose of the law is to protect children and young adults online by providing them with an “online eraser.” The law requires any operator of a website, online service, online application or mobile application to permit a minor who is a registered user of the service to remove, or to request and obtain removal of, content or information that was posted on the operator’s service by the minor. Yes, you read that correctly. The law only allows removal of content that the user has posted. Thus, should a minor attempt to request deletion of third-party content concerning them, the law would not cover such a scenario, and the minor would have no recourse.

The California law is simply legislating a delete button for minors. However, considering that most every website, web service, web application, or mobile application already permits users to delete information they themselves have posted, regardless of the user’s age, the law seems inconsequential. Additionally, removing the original copy of the content would only accomplish the goal of the law if it were the only copy online. Given how often publicly available information gets copied and shared (think retweets on Twitter and post shares on Facebook), this law only gives minors the illusion of control, not actual control, over their content.

In addition, the law is ambiguous. It is not clear whether only those under age 18 can request removal or whether the allowance extends to people of any age, but only for posts made while a minor — making it difficult for operators, if they are even aware of the law, to decipher what content they are actually required to delete.

To be fair, California’s legislature is up against a tough fight. There is opposition to recognition of the right to be forgotten in the United States. Critics argue that it would contravene the right to freedom of speech and expression and will constitute censorship. These criticisms are consistent with the proposal that the only information that can be removed by a user is content they uploaded themselves. Right in line with what the California Online Erasure law provides.

On the flip side, those in favor of an American right to be forgotten argue that without it, laws that require adverse information to be removed from credit reports after a period of time, and that allow the sealing or expunging of criminal records are effectively undermined by the ability of prospective lenders and employers to find removed information within seconds by simply doing a Google search.

While opinions remain divided in the U.S., one survey in 2015 revealed that 9 out of 10 Americans want some form of the right to be forgotten, and the consumer rights organization Consumer Watchdog has filed a complaint with the Federal Trade Commission for Americans to obtain the right as well. In addition, tides are changing in the United States concerning privacy. With a new data breach in the news each day, and the current Facebook-Cambridge Analytica scandal unfolding, Americans are being forced to reconsider their data, their rights, and their privacy in a way they have not before. Time will tell if Americans will ever receive a right to be forgotten, but for now California’s attempt falls short of doing much of anything.

TechCrunch reports the European Commission will launch a new enforcement review plan to ensure adequate application of the EU General Data Protection Regulation. In response to GDPR enforcement questions by the European Ombudsman, the commission will require national data protection authorities to f...
END_OF_DOCUMENT_TOKEN_TO_BE_REPLACED queue Save This

The California Privacy Protection Agency Board published agenda items for its Feb. 3 meeting, including the final draft of its proposed California Privacy Rights Act regulations. The board announced discussion and possible action to finalize CPRA regulations in its meeting notice preceding the relea...
END_OF_DOCUMENT_TOKEN_TO_BE_REPLACED queue Save This

Op-ed: Pass US privacy legislation instead of banning TikTok

If the U.S. passed legislation to ban TikTok, it may ultimately further undermine national security interests in the long run, Center for Strategic and International Studies Senior Adviser Glenn Gerstell writes in The New York Times. He said an outright ban of TikTok “would sidestep a broader proble...
END_OF_DOCUMENT_TOKEN_TO_BE_REPLACED queue Save This