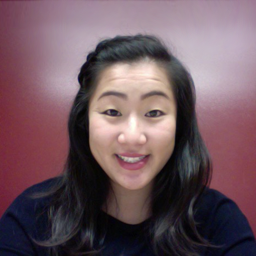 In this Privacy Tracker series, we look at laws from across the globe and match them up against the EU General Data Protection Regulation. The aim is to help you determine how much duplication of operational effort you might avoid as you move toward GDPR compliance and help you focus your efforts. In this first installment, Tay Nguyen explores the relationship between provisions of the U.S. Children's Online Privacy Protection Act and rules for handling children's data in the GDPR.

On a broader level, the GDPR and COPPA were written with a different focus. The GDPR has a wider focus on data protection for all natural persons. Further, the GDPR relates to all collection, use, and disclosure of data and provides for instances where the standards enacted must be higher when the data comes from children. The right to access and rectification of data provided for under Articles 15 and 16, for example, do not provide for a distinction between child and adult data subjects. The right to erasure, also referred to as the right to be forgotten under Article 16, however, explicitly holds that the right is more relevant when consent to data processing was given while a data subject was a child.

In contrast to the GDPR, COPPA is narrower in its focus, prohibiting unfair or deceptive practices related to children’s data online. In addition, COPPA applies only to web operators or online services directed at children, or who has actual knowledge that it is collecting personal information from children.

Age of consent
Looking more closely at the two laws, the most apparent difference between the GDPR and COPPA relates to the question of the age at which children can give consent for the collection and processing of their data. Unlike many of its other terms, which are presented to apply to all data subjects, the GDPR lays down the parameters for consent for children’s data in a clearer manner.

Unlike the GDPR, COPPA sets a clear threshold for age of consent for data collection and processing at 13 years old. COPPA has not, however, limited whether individual states can provide for stricter requirements under state law. As such, the different routes the GDPR and COPPA took in determining the age of consent as it relates to data collection and processing may not produce drastically different results.

Other differences between the GDPR and COPPA which may have a bigger effect on the protection of children’s data is the depth of detail each provides for obtaining parental consent and for parental access to data when the data subject is under the age of consent.

The GDPR has only minor advisement relating to verification of parental consent, leaving it up to the controller to make reasonable efforts to obtain verification. It is silent on the issue of parental access to their child’s data. Aside from stipulations member states may enact or potential case law that may arise, it can only be inferred from the requirement for parental verification that parents would have access to their children’s data. The GDPR’s requirement for reasonable efforts is also found in COPPA; however, additional information regarding satisfactory methods as well as exceptions is provided in the law to give affected web operators more guidance on how to structure their decisions.

The potential for diversion

As a comparative example, look at the privacy notice requirement under California’s Online Privacy Protection Act. It is possible to see how one state’s implementation of a firmer requirement can help to normalize the requirement across the United States. Under CalOPPA, all commercial websites are required to include their privacy policies if that website collects personally identifiable information from California consumers. Given the size of California’s population, the application of CalOPPA has far-reaching effects across the nation regardless of whether another state lacks the same requirement. Applying the CalOPPA example to the European Union and the GDPR, if Germany as the largest member state by population were to set its age of consent at 16 years old, many other member states may be forced to comply with the requirement even if those countries’ requirement were lower.

By nature of the difference in the European Union and the United States’ approaches to privacy on a broader scale—the former operating under a comprehensive privacy model and the latter under a sectoral model—the protection of children’s data is necessarily different. Nevertheless, the two methods of addressing children’s data may not produce as varied results as one might think. Both the GDPR and COPPA, at their core, provide a baseline for the protection of children’s data.

It remains to be seen whether the largest difference between the GDPR and COPPA as it relates to children’s data – parental consent – will produce as varied results as one might expect given the big role individual member states still have in enacting their national laws alongside the GDPR.

The U.K. government announced plans to pilot an Artificial Intelligence Standards Hub through the Alan Turing Institute that will "develop educational materials to help organisations develop and benefit from global standards." More specifically, the new hub will seek to "improve the governance of ...
END_OF_DOCUMENT_TOKEN_TO_BE_REPLACED queue Save This

The European Data Protection Board released the agenda for its January plenary session. The board is slated to discuss the adoption of guidelines around the right of access under the EU General Data Protection Regulation and draw up its response to various letters calling for a consistent interpreta...
END_OF_DOCUMENT_TOKEN_TO_BE_REPLACED queue Save This

In response to the Privacy Act Review Discussion Paper by the Attorney General’s Department, the Office of the Australian Information Commissioner released recommendations on potential privacy reforms. Recommendations include protecting consumers “from individual and collective privacy risks and har...
END_OF_DOCUMENT_TOKEN_TO_BE_REPLACED queue Save This