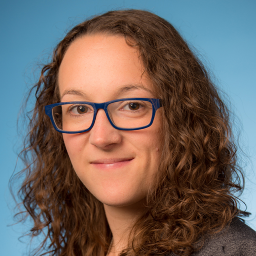 On Jan. 31, 2020, the United Kingdom left the European Union. Until Dec. 31, however, EU laws, including the General Data Protection Regulation, continue to apply in the U.K.

Following the transition period, the GDPR will continue to apply to U.K. organizations that do not have an establishment in the European Economic Area if they offer goods or services to or monitor the behavior of data subjects in the EEA. In addition, the U.K. government has written the GDPR into U.K. law (with necessary changes to tailor its provisions to the U.K.).

Here are five data protection issues that organizations may not — but should be — thinking about in advance of Dec. 31.

Where a change from the ICO is necessary, organizations may not have a choice as to which supervisory fulfills the lead role; according to Article 56 of the GDPR, the lead supervisory authority is that of the jurisdiction where the controller or processor has its main or only establishment within the EU. However, certain organizations may have some flexibility, particularly if they were previously only established within the U.K. and now wish to set up an establishment in one of the remaining 27 member states.

The French supervisory authority, Commission nationale de l'informatique et des libertés, has stated it is considering the "Schrems II" judgment in depth to draw out the consequences. The Irish Data Protection Commissioner, meanwhile, stated, “[I]t is clear that, in practice, the application of the SCCs transfer mechanism to transfers of personal data to the United States is now questionable.” Berlin’s Commissioner for Data Protection and Freedom of Information has gone even further and stated that organizations that it supervises should now repatriate all personal data that has been transferred to the U.S. This divergence of approach across the bloc may influence any choice that exists as to the preferred replacement lead supervisory authority.

Organizations that currently have a DPO should consider whether such DPO will continue to be accessible to their establishments and data subjects in the U.K. and the EEA. There are a number of facets to the question of “accessibility." Consideration should be given, for example, to the language capabilities and time zones of the DPO and any data subjects. A DPO based in the U.K. who only speaks English may not be deemed accessible to data subjects in Germany who only speak German, for example. In this example, the position becomes exacerbated by Brexit. The WP29 Guidance on DPOs recommends that the DPO be based within the EU. Numerous international organizations are likely to have organized their intragroup affairs so that their DPO is based in the U.K. Post-Brexit, these arrangements will need to be reconsidered. The location of the DPO may need to change, which may require a change in personnel or indeed additional personnel if the organization wants or needs to have a DPO in the U.K., as well as the EU.

From Jan. 1, 2021, U.K. companies and individuals will no longer be eligible to hold a .eu domain. This is because .eu domains can only be registered or held by EU citizens, EU member state residents or organizations established in the EEA. U.K. companies should review whether they currently hold any .eu domains and consider reassigning them to a group entity under their control that is established in the EEA (subject to tax considerations) or to a provider of proxy ownership and licensing services. If that is not possible or desirable, then additional domain names will need to be procured and the content of the relevant sites transferred.

The answer to the former — at least for now — is "yes." The U.K. will recognize the SCCs as a mechanism to transfer personal data out of the U.K., and "Schrems II" does not appear to have changed that position.

The answer to the latter is more complicated. Although "Schrems II" focused on the U.S., many of the criticisms leveled at the U.S. surveillance laws apply equally to U.K. surveillance laws. In the absence of an adequacy decision (which itself may be imperiled by the U.K.’s national security laws), the use of SCCs to transfer personal data to the U.K. could well be adjudged to be problematic.

The issues for businesses arising from Brexit are many and varied, and data protection is, of course, just one. However, given data’s increasing importance to organizations of all kinds, it is one that should be given appropriate priority in the planning processes.

Photo by Rocco Dipoppa on Unsplash

The European Data Protection Board announced a trio of binding decisions against Meta under the EU General Data Protection Regulation's Article 65 dispute resolution mechanism. The rulings against Meta's Facebook, Instagram and WhatsApp will be sent to the company's lead supervisory authority, Ire...
END_OF_DOCUMENT_TOKEN_TO_BE_REPLACED queue Save This

The Czech Presidency of the Council of the European Union announced member states reached a common position on the draft Artificial Intelligence Act. The council highlighted its unified stance on high-risk AI system classification and requirements, exemptions, compliance and provisions for the propo...
END_OF_DOCUMENT_TOKEN_TO_BE_REPLACED queue Save This