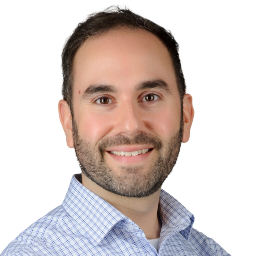 The federal minority government released draft legislation to update and modernize Canada’s federal private sector privacy legislation. The present law, the Personal Information and Electronic Documents Act, was initially passed in 2001 and fully came into effect in 2004. We will not go into a detailed explanation of Canada’s federal division of powers or the application of PIPEDA but will instead focus on the proposed changes.

It is important to remember that a key goal of PIPEDA was to allow the continued flow of data from the European Union after it had passed the original Privacy Directive, something that has taken on new importance since the Court of Justice of the European Union’s "Schrems II" decision. That decision did not touch on Canada’s adequacy but, clearly, the EU's expectations since the General Data Protection Regulation came into place have increased, and the mandate for the European Data Protection Board is to review all adequacy findings.

The proposed changes will be implemented through the Digital Charter Implementation Act. It amends a number of pieces of legislation. First, Part 1 amends and renames PIPEDA, which will be known as the Consumer Privacy Protection Act. Part 2 establishes a specialized privacy and data protection tribunal through the Personal Information and Data Protection Tribunal Act.

It’s not coincidental if the law’s title reminds you of the California Consumer Privacy Act; Canadian Minister of Innovation, Science and Industry Navdeep Bains in his briefing on Nov. 17 , 2020, referred to it directly, saying that our law would be stronger than California’s. These are some of the key features of the reforms.

What remains to be seen now is how this new legislation will (or won’t) integrate with provincial laws. Quebec has tabled changes to make its law very GDPR-like; British Columbia, before its recent election, was also considering changes; and Alberta recently announced plans to update its health privacy law.

As mentioned above, Ontario initiated consultations in the late summer for its own possible private sector privacy law. A major challenge for any federal system is how to respect the constitutional divisions of power while providing a national framework that supports intrajurisdictional (in this case, provincial) trade and consistency. Due to the work of our commissioners and our principles-based laws, we have had remarkable consistency in the interpretation and application of privacy laws across Canada. Given this history, there is likely little appetite for a complex, patchwork approach — particularly given the current economic climate.

Another significant threshold we will have to address is the question of EU adequacy. Bains touched on this in his briefing by discussing interoperability with the GDPR, and the need to retain adequacy. Many of the issues that "Schrems II" raised in relation to the EU-U.S. Privacy Shield agreement are not quite so serious for Canada to overcome but must still be addressed.

This story is, of course, far from over, and we are only at the beginning of serious discussions on how to structure privacy in Canada’s federal system and meet the CPPA’s many goals. But one thing is certain: If and when the Digital Charter Implementation Act receives royal assent, it will fundamentally change the privacy landscape in Canada from coast to coast to coast.

Photo by Ravi Patel on Unsplash

4
The Canadian government proposed new legislation Tuesday that would reshape the nation's privacy framework. Bill C-11, which was introduced by Minister of Information Science and Economic Development Navdeep Bains, includes steep fines for companies — up to 5% of revenue or C$25 million, whichever i...
END_OF_DOCUMENT_TOKEN_TO_BE_REPLACED queue Save This

It seems that the winds of change have come to the privacy landscape in Canada. Ontario’s provincial government announced on Aug. 13, its intention to seek public input on "creating a legislative framework for privacy in the province’s private sector." Citing growing privacy concerns that have been...
END_OF_DOCUMENT_TOKEN_TO_BE_REPLACED queue Save This

1
On July 16, the Court of Justice of the European Union decision  sent a shockwave through the privacy, tech and business communities with its determination that the EU-U.S. Privacy Shield is no longer a valid basis for transferring EU personal data to the U.S. Though focused on the U.S., this decisi...
END_OF_DOCUMENT_TOKEN_TO_BE_REPLACED queue Save This

On June 12, 2020, Quebec tabled its proposed update to its public and private sector privacy laws, and it lives up to the promise of the “GDPR-style legislation” first announced this spring. There are a number of elements that echo other federal and provincial privacy laws in Canada, but there is a ...
END_OF_DOCUMENT_TOKEN_TO_BE_REPLACED queue Save This

On July 10, Canada’s Supreme Court issued its Reference re Genetic Non‑Discrimination Act decision, surprising many by upholding the Genetic Non-Discrimination Act’s constitutionality in a 5–4 decision. This is consequential for Canadian privacy in many ways, and I will attempt to provide some conte...
END_OF_DOCUMENT_TOKEN_TO_BE_REPLACED queue Save This
Canadian Privacy, Fourth Edition