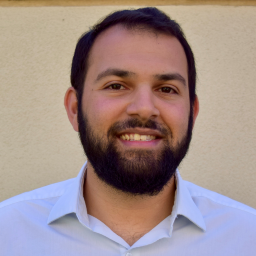 In the last decade, California has suffered twice as many data breaches as any other state, with roughly 1,493 breaches affecting nearly 5.6 billion records. For an organization that handles the data of California consumers, adopting a robust security system is prudent.

Encrypting consumer data is one strategy that an organization can adopt as part of a comprehensive information security and privacy program. Encryption benefits consumers by rendering compromised data unreadable, so that even if encrypted data is disclosed, the risk of harm to an individual, such as identity theft or physical safety, is significantly limited. Where California’s privacy laws apply to an organization, encrypting customer data will provide immunity from the private right of action under the California Consumer Privacy Act and limit obligations of notification in the event of a data breach under California’s data breach notification law.

How will encrypting data benefit your organization in California?

Under CCPA, California consumers are provided a private right of action, which permits them to file civil suits against businesses for certain types of data breaches and potentially recover either statutory damages of up to $750 or actual damages, whichever is greater. In class-action litigation involving millions of consumers, these damages can add up quickly. Compared to the EU General Data Protection Regulation, which allows for fines of up to 4% of global turnover, damages under the CCPA do not have a similar liability cap. As a result, a business’s damages under the CCPA could conceivably dwarf the fines permitted by the GDPR.

As mentioned above, this private right of action only applies to certain types of data breaches. First, the breach must consist of a California resident’s first name (or first initial) and last name in combination with one of the following: Social Security number, some unique identification number issued on a government document that is commonly used to verify an individual’s identity, account number or credit or debit card number in combination with any required security code, medical information, health insurance information, or unique biometric data used to authenticate an individual. Collectively, all these categories are referred to as "covered personal information."

Like the CCPA, California’s data breach notification law also provides consumers with a right of private action if they have been injured by a violation of the law. Unlike the CCPA, though, the data breach notification law does not provide statutory damages. As a result, if an organization encrypts the personal information it maintains on California consumers, it can avoid the obligation to notify consumers of a data breach and it reduces the likelihood of civil actions.

On Feb. 3, a California consumer filed a class-action suit, arising from a data breach, against high-end children’s clothing retailer Hanna Anderson and Salesforce, a software-as-a-service company specializing in customer relationship management. The claim alleges, among other things, a violation of the CCPA and states that consumers’ unencrypted and unredacted personal information, including financial information, was compromised by a breach. The complaint alleges the information accessed by the hackers was for sale on the dark web. Had the personal information stored been encrypted, the plaintiff’s chances at recovering any damages under the CCPA would be significantly limited as their claims would not be covered by the CCPA’s private right of action. Moreover, any harm to consumers would have been limited or eliminated due to the hacker’s conceived inability to decrypt the data.

If your organization handles covered personal information, encrypting it would be a smart decision. Not only does it help mitigate the risks of harm consumers face in the event of a security incident, but it shields your company from liability under the CCPA’s private right of action.

Photo by Ev on Unsplash

Requirements for data management under the California Consumer Privacy Act and EU General Data Protection Regulation are changing the way organizations control their data. Join the IAPP April 16 for this web conference to hear privacy professionals discuss what lessons organizations have gleaned fro...
END_OF_DOCUMENT_TOKEN_TO_BE_REPLACED queue Save This

The IAPP made updates to its online training products for the California Consumer Privacy Act. The updates include changes and takeaways from the attorney general's draft regulations, insight into how businesses have complied with the CCPA to date and a look at Alastair Mactaggart's California Priva...
END_OF_DOCUMENT_TOKEN_TO_BE_REPLACED queue Save This

The COVID-19 pandemic has brought many things in life to a screeching halt. For many organizations, the outbreak has meant shuttering, limiting or digitalizing most, if not all, operations. Those types of transitions and subsequent hardships have led some in the privacy space to question whether it...
END_OF_DOCUMENT_TOKEN_TO_BE_REPLACED queue Save This