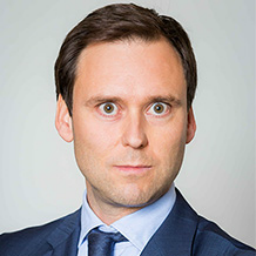 In a landmark ruling the European Court of Justice (ECJ) today ruled that search engines, as a principle, need to remove the link between search results and a webpage if it contains information the individual deems should be "forgotten."

In short, the ECJ decided that:

In 1998, a major Spanish newspaper published two short announcements about a real estate auction due to social security debts of a Spanish citizen. In 2009, this person contacted the newspaper, complaining that the announcements appeared in Google searches of his name. He argued that the search results were damaging his reputation and that the attachment proceedings relating to his social security debts had been resolved many years ago. He asked the newspaper to block the pages with the announcements from being indexed by search engines. The newspaper declined to remove the offending content, stating that publication had been ordered by the Spanish government. The publication is intended to give maximum publicity to the auction in order to attract as many bidders as possible.

The citizen then contacted Google in 2010 and filed a complaint with the Spanish data protection authority (the AEPD). The AEPD agreed to take on the case and sued Google. The AEPD took the view that it has the power to require the withdrawal of data and the prohibition of access to certain data by the operators of search engines when it considers that the locating and dissemination of the data are liable to compromise the fundamental right to data protection and the dignity of persons in the broad sense, and this would also encompass the mere wish of the person concerned that such data not be known to third parties. The Audienca Nacional (the National High Court of Spain) submitted several questions to the ECJ regarding the application of the European Data Protection Directive.

The questions stem from the uncertainty regarding the interpretation of the Data Protection Directive of 1995 in the sphere of Internet communications. The questions relate to, as summarised by the ECJ "what obligations are owed by operators of search engines to protect personal data of persons concerned who do not wish that certain information, which is published on third parties’ websites and contains personal data relating to them that enable that information to be linked to them, be located, indexed and made available to internet users indefinitely." A broad interpretation of the Data Protection Directive could constrain the operation of search engines, for instance if, as noted by the advocate general, they were considered as controllers of personal data on third party web pages.

The ECJ today ruled against the advice of the advocate general, which is rather uncommon. The advocate general was of the opinion that the citizen should direct their request to the publisher, as they are the controllers of the data, and not to Google who would be a mere processor.

Google is a "controller" of personal data

The ECJ ruled that Google is not a mere processor but also a controller of personal data on third party webpages, because it is Google that decides upon the purposes and the means of the indexing activity.

Indexing is processing of personal data

The ECJ held that the activities of search engines, such as providing a search service, and those of its subsidiaries in a member state, such as selling advertising, are "inextricably linked since the activities relating to the advertising space constitute the means of rendering the search engine at issue economically profitable and that engine is, at the same time, the means enabling those activities to be performed.”

Data subjects may request the removal of links from Google

Google is obliged to remove the links to webpages containing personal data, even if the publication of those personal data on the webpages itself is lawful. The ECJ stated that the potential interference of a person's rights "cannot be justified by merely the economic interest which the operator of such an engine has in that processing." This removal of the links may be necessary because the search results "are liable to constitute a more significant interference with the data subject’s fundamental right to privacy than the publication on the webpage." The ECJ states regarding search results "this information potentially concerns a vast number of aspects of his private life and that, without the search engine, the information could not have been interconnected or could have been only with great difficulty. Internet users may thereby establish a more or less detailed profile of the person searched against."

A fair balance should be found between on the one hand the legitimate interests of internet users who may be interested in having access to information and, on the other hand the privacy rights of the citizen. This balance may be different from case to case, and may vary in particular according the role the citizen plays in public life. The ECJ stated that this "balance may however depend, in specific cases, on the nature of the information in question and its sensitivity for the data subject’s private life and on the interest of the public in having that information, an interest which may vary, in particular, according to the role played by the data subject in public life."

Right to be forgotten

Today's ruling endorses a right to be forgotten by the ECJ under the current Data Protection Directive. A citizen may require Google to remove him or herself from search results, and hence, make use of his or her "right to be forgotten," if the personal data have become today inadequate, irrelevant or no longer relevant, or excessive in relation to the purposes for which they were processed and in the light of the time that has elapsed.

In the upcoming new Data Protection Regulation, the right to erasure is defined even more broadly. As a result, the present case will be of considerable interest to Internet companies and publishers regarding how the privacy rights of citizens are to be balanced against other rights, including the right to access information, to conduct a business but also the freedom of expression. Indeed, although the information is still available on the original websites and can be consulted, it will become more difficult to find this information if the search engine had to remove some search results from the list of results displayed following a search made.

It is now up to the Spanish National High Court to decide whether or not the earlier decision of the Spanish Data Protection Authority should be annulled or not. The High Court will probably soon confirm the decision of the Data Protection Authority, obliging Google to "take the necessary measures to withdraw the data from their index and to render access to the data impossible in the future."

This ECJ decision will have an impact throughout the European Union, as the decision is similarly binding on any other EU national courts or tribunals before which a similar issue is raised.

Greetings from Brussels! Against the backdrop of the EU strategy for data last year, I noted with interest the German federal government’s adoption of its national data strategy at the end of January. Still the strongest EU economy by a stretch, Germany remains — in my view — relevant to keep abrea...
END_OF_DOCUMENT_TOKEN_TO_BE_REPLACED queue Save This

2
We are all hopeful the U.S. government can reach an agreement with the European Commission and other EU authorities on a so-called "Privacy Shield 2.0" in the near term. Such an updated arrangement is essential to provide certainty to trans-Atlantic business and assure a high level of protection for...
END_OF_DOCUMENT_TOKEN_TO_BE_REPLACED queue Save This

The German Federal Constitutional Court ruled the Court of Justice of the European Union needs to clarify if the EU General Data Protection Regulation provided for a materiality threshold for GDPR damage claims. The FCC noted the GDPR does not define the compensation for immaterial damages for data ...
END_OF_DOCUMENT_TOKEN_TO_BE_REPLACED queue Save This

The Amendments to the Federal Law on Personal Data go into effect 1 March, which will impose restrictions on the processing of personal data publicly available on the internet and offline. The legislative changes are aimed at fighting the uncontrolled dissemination of personal information. Gorodissk...
END_OF_DOCUMENT_TOKEN_TO_BE_REPLACED queue Save This

A rundown of the latest ePrivacy developments

In an episode of the Inside Privacy Audiocast, Covington & Burling Of Counsel Kristof Van Quathem and Partner Daniel Cooper discuss the latest developments around the proposed ePrivacy Regulation. Cooper and Van Quathem talk about the next steps in the process of enacting the law, the difference...
END_OF_DOCUMENT_TOKEN_TO_BE_REPLACED queue Save This