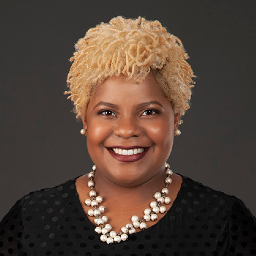 This article was updated Wednesday, May 20, 2020, to reflect changes in number of signatures.

On May 14, California Secretary of State Alex Padilla announced that the Californians for Consumer Privacy effort to qualify the California Privacy Rights Act initiative for the November ballot has met its first threshold. The raw number of signatures filed exceeded prima facie the 623,212 number required for the CPRA to qualify for the ballot. More on this can be found here.

Seven counties reported receiving fewer than 500 signatures. Initial reports from the first counties to report showed about 86% of signatures were valid. The Secretary of State’s order tallied a total of 667,062 signatures thus far. This total is not complete. It did not include several populous counties so that Californians for Consumer Privacy likely has much closer to its announced total of 900,000 signatures, which would likely be sufficient to put the initiative on the ballot in November.

However, the signature total is still uncertain.

format_quoteUpdate: May 20, 2020: Only ten counties reported receiving fewer than 500 signatures. The Secretary of State tallied a total of 930,942 signatures, which is very likely sufficient to put the initiative on the ballot in November. As of this writing, reports showed about 76% of signatures were valid. However the majority of counties, including the most populous, have not reported the results of their samples.

However, as of this writing, the CCPA is not among the regulations that are on the Office of Administrative Law’s long list to review. Although it is possible for the attorney general’s office to seek emergency review, this seems unlikely with only 11 days left before the deadline and the large backlog of regulations to be reviewed before the Office of Administrative Law.

If the regulations are not approved by May 31 so as to take effect July 1, as originally expected, their effective date will likely slip until Oct. 1. Violations of the privacy provisions of the CCPA statute are subject to enforcement starting July 1, 2020. However, the CCPA regulations will not be enforceable until the quarterly effective date one month and one day after approval by the OAL.

The bottom line of these uncertainties: Not only do California CCPA requirements remain somewhat uncertain, but even the dates when those potential new requirements will take effect remain up in the air.

Photo by Paul Hanaoka on Unsplash

The IAPP publications team reached out to the California Attorney General’s Press Office inquiring about whether it has filed the CCPA draft regulations with the California Office of Administrative Review in time for the regulations to be approved to take effect July 1.

The press office said, “It is correct that we have not yet submitted final regulations to OAL. The CCPA became effective on 1/1/20 and can be enforced on and after 7/1/20.”

In the pages of “California Privacy Law,” businesses, attorneys, privacy officers and other professionals will gain practical guidance and essential, in-depth information regarding each California and U.S. privacy law — scope, compliance duties and enforcement.

CPRA analysis: The 'good' and 'bad' news for CCPA-regulated 'businesses'

The twists and turns of the CCPA class action

Infographic: The Top-10 Most Impactful Provisions of the CPRA

The IAPP created an infographic outlining the 10 most-impactful provisions of the California Privacy Rights Act ballot initiative. The infographic gives a snapshot of the potential implications stemming from the CPRA being passed and entering into force January 2023. New provisions on sensitive data...
END_OF_DOCUMENT_TOKEN_TO_BE_REPLACED queue Save This
CCPA Genius

In the pages of “California Privacy Law,” businesses, attorneys, privacy officers and other professionals will gain practical guidance and essential, in-depth information regarding each California and U.S. privacy law — scope, compliance duties and enforcement.