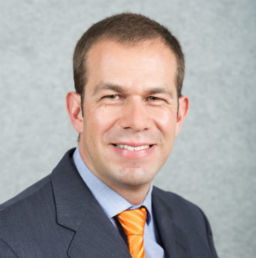 Part of the agenda of the XII Meeting of the Iberoamerican Data Protection Network held in Mexico City from 12-13 November included a panel on the content and views of the Judgment of the European Court of Justice (ECJ) of May 13, 2014. The panel featured Jose Luis Rodriguez, head of the Spanish Data Protection Agency (DPA), and Jose Luis Pinar, professor at University CEU San Pablo and member of Google’s Advisory Council on the Right To Be Forgotten, with IFAI Commissioner Joel Salas Suarez as moderator.

After a brief introduction by the moderator on the background of the Mario Costeja Gonzalez case, which was submitted to the Spanish DPA in 1998 and explained the different phases that the case went through before the final judgment of the Grand Chamber of the EU Court of Justice (ECJ), then Rodriguez focused his presentation on the main legal findings of the ECJ that led it to the justification and conclusion of its judgment. He made an emphasis that the ECJ took the view of the Spanish DPA in the sense that search engines like Google should be responsible for the processing of personal information displayed in its search indexes, and therefore, the European Privacy Directive is applicable to search engine activities processing information of European residents since Google conducts commercial activities in European territory. He mentioned that the ECJ focused its findings primarily based on the view of the damage caused regarding the origin of the activities of search engines and not on the information uploaded by content editors, situation of which may create a higher impact than the information contained in the original publication of information.

He mentioned that although the judgment has been generally and positively welcomed in Europe, it has also widely been criticized by different sectors and affirmed that there are misunderstandings on the scope of application of the ECJ judgment. During his remarks, he mentioned that the judgment consolidates the rights of rectification and cancellation of information on the Internet and that the judgment strikes a fair and good balance between the exercise of rights of data protection, the respect for private life and freedom of communication. In the end, he made strong emphasis on the importance of weighing the rights to the protection of privacy of individuals and the granting of privileged access to information contained in search engines on an individual case basis.

Pinar mentioned the importance and the role that the ECJ judgment will have in the protection of personal information across Europe. He said that the right to be forgotten is not a new right and that such right already existed in a number of European instruments including the Spanish data protection legislation through the exercise of data subjects rights like correction, rectification and opposition to processing of personal information. He made an emphasis that the ECJ judgment duly clarifies the scope of the protection of personal data when searching names of individuals in search engines, and the foundation of the judgment was primarily based on the European Charter of Human Right (Art. 8) and the European Privacy Directive 95/46 and that it has been one of the most relevant judgments ever issued by the ECJ.

One point strongly debated during the panel was whether Google has more power as a result of the ECJ judgment. Pinar agreed that Google has indeed more power of control to decide on the information of individuals that is to be indexed in its search engines, whereas the head of the Spanish DPA was of the view that the power attributed to Google has more to do with the responsibility of assuming the control of managing the information of individuals, a responsibility he claims that Google denied to assume since the early stages of the Mario Costeja case. Pinar mentioned that between content editors and search engines there is a relation of “Rights Transfer” (Cesion de derechos) and that content editors should acknowledge that personal information of individuals might eventually be used by search engines, and therefore, it should be relevant to explore whether consent is necessary for the transfer of information among the responsible parties. Both panelists concluded that one of the greatest challenges today is to strengthen the rights of data protection not only in Europe both also at the global level.

During this session, there was reference to the recent Judgment of the Supreme Court of Justice of Argentina in the case of Belen Rodriguez v. Google Inc., whereby the complainant, an ex-model, requested from search engines to erase hyperlinks and information pertaining to her, including name, images and photographs, displayed in websites with erotic and pornographic content, as well as a compensation for damages resulting from the unauthorized commercial use of the content found in said websites through search engines and for the violation to her honor, reputation and privacy. In the judgment of October 28, the Supreme Court of Justice of Argentina rejected the claims of the petitioner and found that strict liability does not apply to intermediaries liability, intermediaries are only liable after effective knowledge and that image-search functions does not imply liability for search engines.

Although the ECJ judgment on the right to be forgotten only applies to versions of search engines based in European countries and, therefore, only to information linked and pertaining to European residents, the judgment will have important ramifications and may set an important precedent in other parts of the world, including countries of Latin America.

The great majority of countries in Latin America have enacted data protection laws regulating the collection and processing of data held by the private and public sectors. Most of said laws contain fair information principles and rights of data subjects including access, correction, erasure and opposition to the processing of their personal information, which in my view could be extended and used by individuals seeking to request the erasure of information and hyperlinks when the search engines have rejected to do so.

The right to be forgotten is indeed a very subjective right that needs careful analysis on a case-by-case basis before its corresponding exercise and challenge before data protection agencies and, particularly, considering the scope of the damage to the privacy and reputation of an individual as a result of the indexation of the information by search engines.

I strongly believe the ECJ judgment has sent a clear signal to DPAs and national courts in Latin America in order for them to start considering and resolving complaints from data subjects who do not wish or want to see their data displayed in search engines like Google.

Although the judgment of the Supreme Court of Justice of Argentina did not find Google liable for the content displayed, it is nevertheless an initial step in the right direction as some national courts in the region will likely consider taking more cases dealing with the question of liability of search engines in the processing of personal data in the near future. After all, data protection is a fundamental human right that deserves the highest level of protection.

The California Privacy Protection Agency Board outlined a proposed course of action for the upcoming California Privacy Rights Act rulemaking process, addressing what will and will not be anticipated areas of focus. The board did not discuss the quickly approaching July 1 target date for finalizing ...
END_OF_DOCUMENT_TOKEN_TO_BE_REPLACED queue Save This

After eight years at the helm of Canada's privacy regime, the time has arrived for Privacy Commissioner of Canada Daniel Therrien to pass the reins. The longtime civil servant will leave his post June 3, allowing him the opportunity to speak candidly for the first time about the state of Canadian pr...
END_OF_DOCUMENT_TOKEN_TO_BE_REPLACED queue Save This

During a Washington, D.C., visit this week, a delegation of seven members on the European Parliament’s Civil Liberties Committee met with legislative and administrative leaders, with discussion of the new EU-U.S. Trans-Atlantic Data Privacy Framework and federal and state privacy legislation takin...
END_OF_DOCUMENT_TOKEN_TO_BE_REPLACED queue Save This

Paid face search engine finds photos from across the internet

The New York Times reports paid website PimEyes can find obscure photos of a person from across the internet using an uploaded image of their face. Search results show a series of similar photos, with links to where they appear online. A test of the service by the Times found it mostly correctly ide...
END_OF_DOCUMENT_TOKEN_TO_BE_REPLACED queue Save This

The Ukraine Parliamentary Commissioner for Human Rights issued guidance for the protection of personal data under martial law, amid the Russian invasion. The guidance included potential restrictions on the human right to privacy and legal grounds for the processing of personal data by government age...
END_OF_DOCUMENT_TOKEN_TO_BE_REPLACED queue Save This