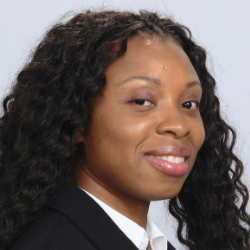 In 2018, the last two U.S. states (Alabama and South Dakota) passed data breach protection laws. Meaning, as of January 2019, all 50 states within the U.S. now have data breach notification laws. California was a pioneer in this space in 2003, as the first state to pass a data breach notification law. North Carolina was one of the first states to follow suit, passing Senate Bill 1048 in 2005, which has since been codified into law as N.C. Gen. Stat §§ 75-61, 75-65.

The 2005 statute defined a breach as the unauthorized acquisition or access of unredacted or unencrypted records of data containing personal information, which could create a material risk of harm to a consumer. Personal information is defined as a person’s first and last name in combination with identifying information. In addition, the first bill required:

Two years ago, North Carolina Attorney General Josh Stein released the North Carolina Security Breach Report 2017 that cited 1,022 reported breaches in 2017, which was a 15 percent increase from 2016. The report also stated that 5.3 million North Carolinians were affected as a result of these breaches.

In 2017, the North Carolina Attorney General's Office reached a settlement with Nationwide Insurance Company over a data breach that was caused by the company failing to apply a critical security patch, which resulted in the unauthorized access of 1.27 million consumers personal information, including social security numbers, drivers license numbers and credit scores.

In late 2018, North Carolina received $3,661,800.27 as part of a nationwide $148 million settlement with Uber over a data breach. In addition, Uber agreed to implement better data security practices and develop better corporate governance policies in order to prevent similar events from occurring in the future.

Though the bill is still being drafted, the senator mentioned that it will contain the following provisions:

Individuals/consumers are now more informed, concerned and conscious about location and behavioral tracking, data brokers, data breaches and identity theft than ever. I do not expect 2019 to be any different than 2018; in fact, I think the data protection movement may lead to a national data protection bill such as the one proposed by intel.

The recent decision by the Austrian Data Protection Authority that the use of Google Analytics violates the EU General Data Protection Regulation could have “far-reaching implications." The decision, published Jan. 13, is the first of 101 complaints filed across EU countries by advocacy group NOYB ...
END_OF_DOCUMENT_TOKEN_TO_BE_REPLACED queue Save This

How to end the deadlock on the private right of action

1
China’s Personal Information Protection Law, which came into effect Nov. 1, 2021, represents one of the most recent and — given the extent of the Chinese market — perhaps the most momentous privacy policy development last year. China’s enactment of a new law signals the importance of privacy legisla...
END_OF_DOCUMENT_TOKEN_TO_BE_REPLACED queue Save This

Portugal’s National Data Protection Commission fined the municipality of Lisbon 1.25 million euros for processing personal data of protestors in violation of its General Data Protection Regulation. The U.K. Information Commissioner’s Office determined the Ministry of Justice violated the EU and U...
END_OF_DOCUMENT_TOKEN_TO_BE_REPLACED queue Save This

The Austrian Data Protection Authority’s decision that the use of Google Analytics violates the EU General Data Protection Regulation could have “far-reaching implications." The DPA ruled the company collects and transfers personal data to the U.S. while failing to protect it from U.S. government su...
END_OF_DOCUMENT_TOKEN_TO_BE_REPLACED queue Save This

Exploring a path forward on the private right of action

There are points of consensus on what should be included in a federal privacy law drawn up by U.S. Congress. The inclusion of a private right of action in any legislation has not been one of those points. As considerations for meaningful consumer redress continue, Casentino Strategies Founder and Pr...
END_OF_DOCUMENT_TOKEN_TO_BE_REPLACED queue Save This