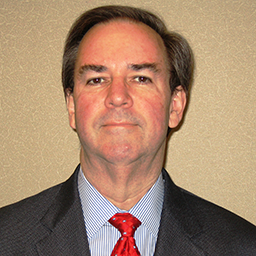 My article last week discussed proposed technical amendments to the California Consumer Privacy Act in Senate Bill 1121. The bill ran into political headwinds and was not passed until late on Friday, the last day of the California legislative session. The amendments now go to Governor Brown for signature.

During the past week four more amendments were added to the law now before Governor Brown:

Assuming that the governor signs this set of CCPA changes, the legislators will have eliminated some of the uncertainty about the law’s requirements. However, they deferred consideration of numerous other proposed CCPA changes until the 2019 legislative session. Those proposals range from requests to make fundamental changes to disclosure obligations to requests for technical fixes such as a proposed change to the FCRA language and changes to prevent those planning crimes from opting out of critical watch lists and services designed to prevent unlawful activities.

Will the CCPA's originators regret their deal with the Calif. legislature?

The day the California Consumer Privacy Act of 2018 was passed, Alastair Mactaggart's kids, ages 7, 6 and 4, got ice cream for dessert. On a weeknight.  That never happens. Dessert is only for weekends in Mactaggart's Bay Area home. But this was a really big deal. A landmark privacy bill had passed...
END_OF_DOCUMENT_TOKEN_TO_BE_REPLACED queue Save This

2
Violating the new California Consumer Privacy Act (CCPA) exposes organizations to potentially large civil penalties and statutory damages. Thanks in part to these large fines, as well as California’s size and population, the CCPA will heavily influence data protection practices nationwide. This fin...
END_OF_DOCUMENT_TOKEN_TO_BE_REPLACED queue Save This

Organizations from around the world will soon face new challenges as they prepare for the California Consumer Privacy Act of 2018. Join the IAPP Aug. 23 for this educational web conference as privacy professionals discuss what the rule will mean for California consumers, the changes expected to be m...
END_OF_DOCUMENT_TOKEN_TO_BE_REPLACED queue Save This

The Privacy Advisor Podcast: On why the CCPA is bad law and suing Kanye West

3
What we know about attorney Jay Edelson to date: He loves beach volleyball so much that he had a court installed at his Chicago law firm so he and his crew could blow off steam. The New York Times refers to him as Silicon Valley's "baby faced boogeyman" for his aggressive court takedowns of tech beh...
END_OF_DOCUMENT_TOKEN_TO_BE_REPLACED queue Save This