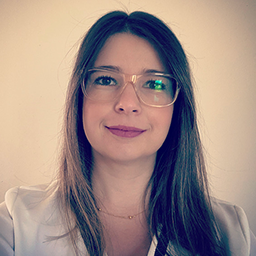 In July, President Jair Bolsonaro sanctioned the final version of the Brazilian General Data Protection Law that converted the Provision Measure and consolidated the LGPD with publication in Brazil’s Union Official Journal. The legislative process for the creation of the LGPD began in 2010 and subsequently, Law no.13709/18 was enacted in August 2018. However, former President Michel Temer argued there were issues related to the constitutionality of the law and issued executive order Provisional Measure no. 869/18, which amended some aspects of the LGPD (e.g. extending the compliance period of the law to August 2020 and created the Brazilian National Data Protection Authority). The provisional measure review was finalized by Brazilian Federal Senate approval in May 2019 and followed by the presidential sanction.

Before sanctioning Law no. 13.853/19, Bolsonaro made some important changes/vetoes that need to be clarified:

Role of the data protection officer

Unlike the draft version, the final version of the law does not require the data protection officer (“encarregado” in Brazil) to have legal and regulatory knowledge of data protection. In the draft version of the law, the DPO would have been required to have an understanding of both the LGPD and the EU General Data Protection Regulation as there are differences between the laws.  Bolsonaro argued this would be an overly rigorous requirement, the opposite of the public interest and an affront to fundamental rights.

Also, in the final law, the data controller appoints the DPO, which is a different process than in the GDPR.

The draft proposal of the LGPD provided that if a data subject wants to solicit review of any decision made exclusively by automated means, they could request the company use a human agent to conduct the review. Under the final law, companies do not need to provide reviews by a human agent.

The final law also differs from GDPR Article 22, which gives data subjects the right to obtain human intervention in relation to review of automated decisions.

Law no. 13.853/19 that establishes health protection now encompasses procedures made by health services, health professionals and sanitary authorities, which is wider than the draft version. Under the final law, it is prohibited from sharing of special categories of personal data, unless:

The creation of the National Data Protection Authority

Under the final law, the National Data Protection Authority is now directly connected to the office of the president but can be changed within two years after entering into force, submitted to a special autarchy regime and linked to the Presidency of the Republic of Brazil, which gives more autonomy and independency to the ANDP.

The main activities of the ANDP ensure compliance with the law, receive and process data subject’s complaints, conduct audits, and support the enterprisers on how to really understand and get ready for the situations that will come up when the law comes into force.

The administrative sanctions remain the same as the draft version, but it is worth repeating. The penalties start from warnings to more heavily sanctions, applicable by the supervisory authority:

Before the LGPD was sanctioned, Brazil had several different sectoral laws that protected personal data against misuse. The LGPD provides specific regulations, which gives legal security to citizens and the country will become more efficient in this matter. Brazil is now part of more than 100 countries that already have a specific data protection law in place.

Photo by Agustín Diaz on Unsplash.

A Brazilian data protection authority was expected to be formed at the time the Brazilian General Data Protection Act passed in August 2018. Such authority, mentioned more than 50 times in the LGPD, would be responsible for overseeing the enforcement of privacy and data protection laws in Brazil. W...
END_OF_DOCUMENT_TOKEN_TO_BE_REPLACED queue Save This

4
By the middle of August last year, the Brazilian Congress took an important step on a data protection law. After many years of debates and different drafts, it finally enacted the General Data Protection Law (Law n. 13709/18). Clearly inspired by provisions in the EU General Data Protection Regulati...
END_OF_DOCUMENT_TOKEN_TO_BE_REPLACED queue Save This

During a conference on EU General Data Protection Regulation enforcement, European Data Protection Supervisor Wojciech Wiewiórowski said, “There is a path we can follow to finally deliver what was started 10 years ago.” Wiewiórowski, who agrees with those saying sufficient GDPR enforcement is lackin...
END_OF_DOCUMENT_TOKEN_TO_BE_REPLACED queue Save This

More than 10 U.S. health care systems were breached during a cyberattack of Seattle-based MCG Health, affecting up to 1.1 million patients, HIPAA Journal reports. MCG Health, a subsidiary of Hearst Health, is facing multiple class-action lawsuits as a result of the breach, during which an “unauthori...
END_OF_DOCUMENT_TOKEN_TO_BE_REPLACED queue Save This