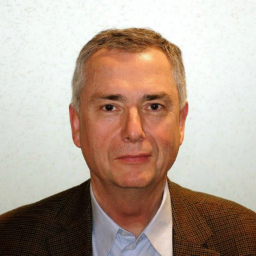 The first chapter of Sarah E. Igo's impressive new history of privacy in America begins not as you might guess with Brandeis and Warren's 1890 article in the Harvard Law Review, "The Right to Privacy," but with an 1888 entry from the notebooks of Henry James, in which the novelist deplores the "impudence" of the newspapers of his day that published photos of society swells at their balls and resorts.

In Igo's "The Known Citizen: A History of Privacy in America," the choice to begin the story with the words of a distinguished writer are a tip-off that privacy in itself is not Igo's subject; she understands, and shows, how mutable and perhaps indefinable the concept is. She focuses attention instead on the ways privacy gets spoken of and written about in different times and places, how its meaning changes according to whose privacy is put at risk, by whom, and how.

By looking at episodes when "privacy talk became concentrated and consequential," Igo exposes the partiality and unexpected consequences of any effort to regulate shifting privacy practices. She asks us to notice that the intrusions of the press that exercised Henry James and that underlies the article by Brandeis and Warren threatened a form of privacy that "was specific to the gender, race, and social class" of certain citizens but that had no bearing on the lives of most everyone else. With some justice, she points out that even while these elites were worrying over unwanted exposure of their private lives, they also benefitted from interventions into the private lives of other classes of citizens, like mandatory health inspections in tenement housing and the fingerprinting of criminal suspects.

As government services expanded in the early twentieth century, the bureaucracies to run them also grew, along with a need to collect information about large groupings of ordinary citizens, not just criminals, immigrants, and the poor. The registering of births became mandatory, for example, as did carrying passports for international travel. Automobile drivers needed licenses and insurance, beneficiaries of Roosevelt's New Deal programs needed to be recorded. As Igo notes, "In a nation in which the original 'undocumented' were white middle- and upper-class citizens, to be known to the authorities was at the turn of the century a badge of deficiency." Those most likely to be undocumented by the 1930s, and therefore unseeable and unknown to the state, were the rural poor, especially African-American and Spanish-speaking farm workers.

Igo's chapter on the development of Social Security and the responses to it show her methods at their best, as she follows the interplay of politics, technology, popular culture, and human emotion. The planners of the program understood that beneficiaries might not warm to being reduced to a nine-digit number in an accounting regime, especially if, as envisioned in an early proposal, the numbers would be distributed on military-style dog tags. But the planners also knew that unique numbers would be the only practical method to keep track of everyone's account. Names surely wouldn't do — the program was projected to enroll nearly 300,000 "Smiths" in the first year and 227,000 "Johnsons." In the end it was decided to print the numbers on paper cards that were friendlier than metal tags, even if more liable to damage and loss. Cards also permitted the added requirement of a signature, which Igo surmises served no purpose other than letting users inject a trace of their personalities into an otherwise inhuman huge system.

Some eligible workers did resist enrolling in the Social Security program, either out of a perceived risk to their freedom or out of opposition to the New Deal in general, but a majority signed up promptly. And many of those who did regarded their new numbers with unexpected admiration and affection. The book includes reproductions of ads for businesses offering to engrave SSns on jewelry and commemorative plaques, and there was fad among more adventurous participants for getting an SSn tattoo.

In subsequent chapters, Igo applies her multidisciplinary methods to psychological testing of children, surreptitious research into the sex lives of gay men, the Supreme Court case  Griswold v. Connecticut, the early reality-tv show An American Family, published memoirs by various addicts, patients, and victims, and much more. Social networks like Facebook don't enter the discussion until the final pages. This late appearance helps us see that while online privacy issues consume almost all our attention these days, they recreate persistent, unresolvable dilemmas: At various moments in our lives we want to be known and unknown to each other, to the state, and to the world.

The recent decision by the Austrian Data Protection Authority that the use of Google Analytics violates the EU General Data Protection Regulation could have “far-reaching implications." The decision, published Jan. 13, is the first of 101 complaints filed across EU countries by advocacy group NOYB ...
END_OF_DOCUMENT_TOKEN_TO_BE_REPLACED queue Save This

U.S. Federal Trade Commission Chair Lina Khan has shown big aspirations while making some forward-thinking moves for the regulation of Big Tech firms during her first year at the helm. What remains to be seen is whether Khan's plans to hold technology companies accountable in the areas of privacy an...
END_OF_DOCUMENT_TOKEN_TO_BE_REPLACED queue Save This

On January 12, 2022, the French data protection authority, Commission nationale de l'informatique et des libertés, issued guidance on the reuse of personal data by processors for their own purposes under the EU General Data Protection Regulation. The guidance addresses one of the most common — and h...
END_OF_DOCUMENT_TOKEN_TO_BE_REPLACED queue Save This

Electronic Arts informed users approximately 50 “high-profile” FIFA 2022 accounts were hacked over the last several weeks, ZDNet reports. According to a company statement, the accounts were compromised through phishing techniques and other social engineering tactics used to trick EA customer experie...
END_OF_DOCUMENT_TOKEN_TO_BE_REPLACED queue Save This

1
Artificial intelligence and machine learning are advancing at an unprecedented speed. This raises the question: How can AI/ML systems be used in a responsible and ethical way that deserves the trust of users and society? Regulators, organizations, researchers and practitioners of various discipline...
END_OF_DOCUMENT_TOKEN_TO_BE_REPLACED queue Save This