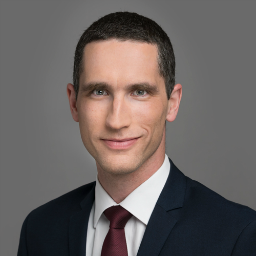 Israel is in the midst of a nationwide effort to achieve herd immunity to COVID-19 through an extensive vaccination campaign. In less than a month, Israel has managed to provide the first dose of the Pfizer-BioNTech COVID-19 vaccine to more than 2.5 million residents (approximately 27% of the population) and the second dose to more than 950 thousand residents (approximately 10% of the population).

Per a statement of Israeli Prime Minister Benjamin Netanyahu, these efforts rely on an agreement between the Israeli Ministry of Health and Pfizer for an expedited supply of vaccines to Israel, under which Israel agreed to share with Pfizer “statistical data that would help develop strategies for defeating the coronavirus.” Netanyahu’s statement raised concerns over the nature of the data that would be shared with Pfizer and potential privacy impacts.

Under Israeli law, all residents of Israel are insured by one of four publicly funded health maintenance organizations that manage a centralized system containing complete digital medical records of the country’s population. That centralized system provides the HMOs with a massive amount of data about Israel’s population. Such data could be used to derive valuable information on the impact and effectiveness of COVID-19 vaccines, for example, with respect to their effect on patients with certain medical pre-conditions or on different demographic groups. That information could then be used by pharmaceutical companies to improve the vaccines and inform decisions of governments worldwide regarding the vaccines and their distribution.

In addition, Israel’s diverse population and small geographical size, as well as its logistical ability through the community-based HMOs to quickly distribute the vaccine to the population and monitor its effects, also appear to have contributed to Israel’s selection as a "model country" for the distribution of the vaccine.

What data will be shared with Pfizer?

The sharing of data with pharmaceutical companies, such as Pfizer, naturally raises privacy concerns. Such concerns and a public call for transparency led the MoH to publish a partially redacted version of its Real-World Epidemiological Evidence Collaboration Agreement with Pfizer.

The agreement mentions a previously signed Manufacturing and Supply Agreement (which was not published), under which the MoH and Pfizer agreed to “cooperate on a reasonable basis to share information regarding the distribution, administration and use of the vaccine, including to track its benefits.” The agreement states the objective of the “project” is to measure and analyze epidemiological data arising from the rollout of the vaccine and determine whether herd immunity is achieved after reaching a certain percentage of vaccination coverage in Israel.

To fulfill that objective, the MoH undertook to share “aggregate de-identified data” and jointly analyze such data with Pfizer. In particular, the MoH is required to provide “data transfers” that include “at a minimum” weekly counts of confirmed COVID-19 cases, hospitalizations, severe or critical cases, ventilator use, deaths, symptomatic cases, vaccines given “by age and other demographic subgroups,” and COVID-19 cases by age groups “and other demographic factors.”

The MoH undertook to provide such data “solely in a form rendered anonymized by the MoH in accordance with Regulatory Requirements” so that the data could not reasonably be used to re-identify the identity of an individual. In other words, personal data is not supposed to be transferred to Pfizer, and if the MoH inadvertently shares identifiable information, Pfizer is obligated to immediately return and destroy such data.

Yet, questions remain as to the nature of the data that would be shared with Pfizer.

For example, it is unclear whether such data would be purely "aggregate" or perhaps may also refer to specific clinical cases without mentioning personally identifiable information. In addition, it is unclear what "demographic factors" will be included in the data, considering that the combination of certain demographic factors could potentially be used to identify an individual person.

Moreover, considering that the MoH already publishes, on a daily basis, a "dashboard" containing most of the data types mentioned in the agreement as a "minimum," one could assume that Pfizer would expect to receive from the MoH additional datasets. Also, it is unclear what standards will be used to "de-identify" or "anonymize" the data provided to Pfizer. In that context, in October 2019, the MoH published draft regulations for the use of personal medical information for research purposes that, among others, aimed to regulate anonymization processes in the context of clinical research. However, those regulations have not been enacted to date.

Furthermore, although the agreement contains an undertaking of Pfizer not to enable or perform any activity that may result in exposing the identity or identifying data of individual patients, it lacks provisions on information security measures to be taken by Pfizer to prevent unauthorized access to such data and potential misuse thereof. Lastly, as mentioned, certain parts of the agreement remain redacted and it is unclear if any additional arrangements regarding data sharing were included in other agreements between the MoH and Pfizer.

Supporting the global fight against COVID-19

Despite the questions with respect to the specific data that the MoH will share with Pfizer, one cannot underestimate the importance of sharing the valuable information that will be derived from Israel’s "nationwide clinical trial" with the COVID-19 vaccine and its potential contribution on a global level to improving the effectiveness of the vaccine and saving lives.

Moreover, the agreement demonstrates a clear intention of the parties to avoid the sharing of personal data and, therefore, alleviates many of the privacy concerns regarding the MoH’s undertakings toward Pfizer. Israel is probably not the only country that will share data with manufacturers of COVID-19 vaccines. Its decision to publish the agreement with Pfizer is a good show of transparency and sets an important example to other countries that choose to enter into similar agreements with pharmaceutical companies.

During summer 2020, 21 privacy leaders from industry, government and academia graciously shared their views on the impact of COVID-19 on privacy priorities, practices and programs. We captured their experiences, challenges and recommendations in this five-part series....
END_OF_DOCUMENT_TOKEN_TO_BE_REPLACED queue Save This

The IAPP and EY launched a research initiative to gain more insight into the unique ways privacy and data protection practices have been affected by the pandemic. The initial phase of the project included a survey of privacy professionals, taking a deeper look at how organizations, in general, and p...
END_OF_DOCUMENT_TOKEN_TO_BE_REPLACED queue Save This