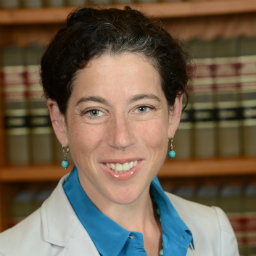 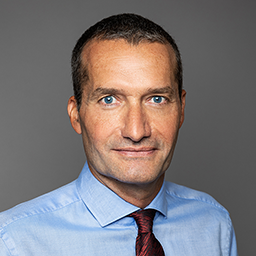 With cloud computing, law enforcement investigations increasingly seek evidence that is held across borders, in a different country. As we describe in a separate IAPP post, this globalization of criminal evidence is prompting major legislative change and proposals. In 2018 alone, the United States passed the Clarifying Lawful Overseas Use of Data Act to address cross-border issues, and the European Union has proposed its new eEvidence regulation and directive.

To date, there has not been one forum for consideration of these rapidly developing issues. The Cross-Border Data Forum aims to create a more informed public debate to protect the multiple values at stake. We are pleased to be working with the new forum to address these important emerging challenges.

The CBDF provides a venue for well-researched and well-written discussion of cross-border data issues, which are highly complex. Good policy on these issues requires expertise in how technology and markets are developing, or else the law will be mis-matched to the underlying reality. Privacy and the protection of fundamental rights, with adequate safeguards and remedies, are essential to creating the new legal rules and procedures; otherwise, authoritarian and other nation states may seek to access evidence without necessary safeguards. Assessment of new legal proposals calls for a sophisticated understanding both of international law and of criminal procedure approaches in nations such as the United States, the 28 member states of the EU, Switzerland, Canada, Australia, India, and Japan — not to mention the rest of the nearly 200 nations in the world — an assessment that demands broad-based input, dialogue, and outreach.

In considering these issues, the CBDF has announced four goals to guide its work:

The CBDF, since becoming incorporated as a non-profit this summer, has created an expert and international team to address these global issues. A majority of the board of directors is based outside of the U.S. The officers are Dale Skivington and Sandra Hughes, who are formerly the top global privacy officials at Dell and Proctor & Gamble, respectively. The global law firm of Alston & Bird provides legal counsel. The initial members are major global actors who have direct experience with the relevant legal, technological and practical issues: Amazon, Apple, Facebook, Google, Intel and Microsoft.

The three authors of this article are the initial academic fellows. Each of us brings to the table experience thinking about, working on, and writing about the globalization of data and the challenges this poses. Christakis prepared a legal opinion on “Data, Extraterritoriality and International Solutions to Transatlantic Problems of Access to Digital Evidence” within the context of the Microsoft Ireland case and has been involved to various projects concerning issues of surveillance and intelligence sharing, data protection, the CLOUD Act and E-Evidence. Daskal has written about these issues in the Yale Law Journal, Vanderbilt Law Review, The New York Times, and elsewhere. Swire worked on reforming the Mutual Legal Assistance system in 2013 as part of President Obama’s Review Group on Intelligence and Communications Technology, and then created the Georgia Tech Project on Cross-Border Requests for Data.

Moving forward, a large portion of our research and writing will be devoted to accurate description and analysis of these complex issues. For example, we are currently developing a side-by-side analysis of the CLOUD Act and the proposed eEvidence Regulation. Looking ahead, the CBDF encourages publishable material from different perspectives and on different national and international developments. Importantly, the forum seeks to encourage contributions and expertise from a wide array of perspectives. Thus, posts on the forum’s blog are attributable only to the authors. Publication on the blog does not require the author to endorse the forum’s work. Nor does it signify endorsement by CBDF or any participating individuals or organizations of the ideas presented.

Although the organization is in its early stages, we also are exploring ways to create an advisory board or otherwise have a broader range of authors analyze these pressing issues.

Initial and in-process writing by the authors and others illustrates the sorts of topics that require careful legal and policy analysis related to cross-border government access to data:

As mentioned above, our experience is that these cross-border issues are complex both legally and as a practical matter. The four goals of the CBDF show the need for input from those knowledgeable about law enforcement, privacy, business operations and vision for a better internet overall. Hopefully, it creates a more informed public debate to protect the multiple values at stake.

Along with their academic and other affiliations, Peter Swire is Research Director and Théodore Christakis and Jennifer Daskal are Senior Fellows of the Cross-Border Data Forum.

Euractiv reports the Council of the European Union is drawing closer to a consensus position on the proposed European Health Data Space. The council's Working Party on Public Health agreed on amendments to the European Commission's proposed provisions regarding secondary use of data, including withh...
END_OF_DOCUMENT_TOKEN_TO_BE_REPLACED queue Save This

The Indiana Senate Committee on Commerce and Technology voted 11-0 to advance Senate Bill 5, an act concerning consumer data protection. The committee adopted an amendment to add a sunset on the right to cure in 2028. SB 5 needs two Senate floor votes to change chambers. State Sen. Sharon Carson,...
END_OF_DOCUMENT_TOKEN_TO_BE_REPLACED queue Save This

A view from DC: New US Congress, new life for proposed ADPPA

IAPP Managing Director, Washington, D.C., Cobun Zweifel-Keegan, CIPP/US, CIPM, breaks down the latest privacy developments in the nation’s capital, including a look at the potential road ahead for the proposed American Data Privacy and Protection Act as the 118th U.S. Congress settles into its new s...
END_OF_DOCUMENT_TOKEN_TO_BE_REPLACED queue Save This

A view from DC: From consumer protection to innovation and data

When we next see a public version of the American Data Privacy and Protection Act, it will be considered before a U.S. House of Representatives group called the Subcommittee on Innovation, Data, and Commerce. You can be forgiven for not recognizing the name. This is a re-brand of the subcommittee mo...
END_OF_DOCUMENT_TOKEN_TO_BE_REPLACED queue Save This