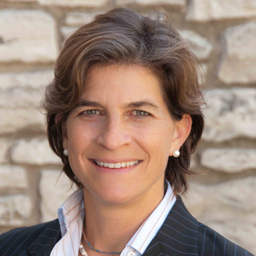 Social media users, and communal Internet forums in general, continue to increase in number. It is a source of a good deal of interesting data—yet, healthcare providers seem to approach social media as one of the contents in Pandora’s box. Because of the potential good to be had from large data analysis, healthcare providers should get engaged through social media and think critically about its potential, while being mindful of potential privacy and legal risks.

Healthcare providers are often slow to adopt new technology; there are good reasons for this cautious approach. Yet, while other industries are early adopters of new technology, healthcare providers can often seem like laggards because their large capital outlays tend to go to equipment and services that directly deliver patient care: monitors, fluoroscopy units, magnetic resonance imaging machines and new private patient rooms.

Patient care delivery and technology are substantively merging: Electrocardiograms can be performed with a small attachment to an iPhone, physicians can deliver sophisticated clinical care remotely using telemedicine and large databases of clinical information deliver knowledge-driven treatment based upon data analysis and best practices.

According to a recent study published in The Journal of Medical Internet Research , researchers reviewed over 213,000 tweets from over 130,000 unique Twitter users mentioning a drug called Adderall, a psycho-stimulant commonly abused by college students to help with attention deficits. The researchers were able to identify the general locations and timing of peaks in Adderall uses—near East Coast college campuses and during exam weeks. Adderall abuse appears to be trending on college campuses. The researchers believe that they might be able to use their findings to develop more sophisticated online clinical intervention tools.

This year may go down as a turning point in the history of the meaningful application of algorithms on Big Data because research has demonstrated that algorithms run on data can accurately identify individuals with healthcare-related issues, allowing more effective healthcare interventions: prevention, diagnosis and treatment. Take for instance a study by researchers at Boston Children’s Hospital who analyzed users’ self-identified interests from their Facebook pages and found correlations between those who listed interests related to healthy activities—such as outdoor sports—and living in cities with lower obesity rates, while users who listed television-related interests lived in or near areas with high obesity rates. The study notes that further research is “needed to understand how the online social environment relates to health outcomes and how it can be used to identify or target interventions.”

Such applications of algorithms can translate to the unstructured data of social media as demonstrated by a group of researchers at Johns Hopkins. These researchers developed a flu projection model using Twitter posts to track flu across the United States creating reports more quickly and as accurately as the U.S. Centers for Disease Control and Prevention, which records flu-related symptoms as reported through hospital visits that often take up to two weeks to publish.

Because healthcare providers function in a number of capacities under legal and privacy frameworks—as employers, clinical professionals, businesses, researchers and community members—careful analysis is warranted while pursuing clinical benefits to be had from expanded social media business strategies.

Breton: Europe seeks to be 'most data-empowered continent in the world'

During a conversation on the European strategy for data, European Commissioner for Internal Market Thierry Breton said lawmakers want to make the area "the most data-empowered continent in the world” and swing the power away from large tech companies, TechCrunch reports. Breton said the strategy wil...
END_OF_DOCUMENT_TOKEN_TO_BE_REPLACED queue Save This

In a report for the New York Times, Kashmir Hill and Jeremy White analyzed the growing trend of creating simulated or fake images of people that do not exist. Websites sell these images to individuals and groups that carry varying motives in relation to how they'll use them. The images are produced ...
END_OF_DOCUMENT_TOKEN_TO_BE_REPLACED queue Save This

'The Data Revolution in Today’s Workplace'

Algorithms have become a common tool for companies to use as they screen for potential employees. While algorithmic decision-making has become more common, the ramifications of its impact on the hiring process has largely been unexplored. Join the IAPP Dec. 1 as Cornell University Industrial and Lab...
END_OF_DOCUMENT_TOKEN_TO_BE_REPLACED queue Save This

Politico reports the EU remains in a stalemate as to whether scans for evidence of online child exploitation should be allowed under an ePrivacy Regulation agreement. Those in favor of continuing scans believe there is no privacy infringement based on the use of random algorithms and other anonymiza...
END_OF_DOCUMENT_TOKEN_TO_BE_REPLACED queue Save This

A review of the U.S. Department of the Treasury’s Terrorist Finance Tracking Program conducted by the Privacy and Civil Liberties Oversight Board revealed how often the program was used by European authorities, The Wall Street Journal reports. PCLOB found 40% of the searches made by the Treasury dep...
END_OF_DOCUMENT_TOKEN_TO_BE_REPLACED queue Save This