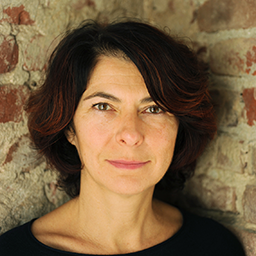 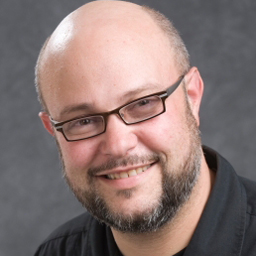 Our previous post began to explore findings from almost one hundred interviews of leading corporate privacy officers, regulators and other privacy professionals in five countries—and what they can teach us about how the structure of the corporate privacy function can affect the success of measures to protect privacy.

We ended that post with a surprising finding: The two countries in which privacy officers were most empowered, and most involved in shaping firm strategy, couldn’t be more different in terms of their regulatory substance and form—Germany and the U.S.

This is especially startling, because in global debates the German legal commitment to privacy protection is frequently held up as representing one end of the spectrum (strongest), while the U.S. approach is placed at the other.

It is also remarkable, given that the definitions of privacy we found at work within corporations in each country are similarly distinct. In the U.S., CPOs reported an amorphous and evolving definition of privacy, infused by the consumer protection-oriented objectives of key regulators (the Federal Trade Commission and state Attorneys General) in a manner that makes achieving privacy obligations a more forward looking, externally oriented and dynamic task.

In Germany, by contrast, corporate DPOs describe privacy efforts centered around compliance with data protection law—as do their colleagues in Spain and France.

Why then, are German corporate privacy practices largely different from those in other European jurisdictions? And why are they most similar to those in the U.S., where approaches to privacy are decidedly different?

While our research indicates that a large number of elements combine to shape the privacy landscape in a country, a few elements of the German scene stand out in explaining some of the similarities:

It is important to note that despite a longstanding statutory requirement for firms to employ DPOs—with protections guaranteeing independence and management access similar in many respects to the requirements set out in the EU Draft Regulation—the German DPOs who we interviewed indicated that the DPO role has only achieved its full and robust form in recent years.

Thus our interviews suggest that statutory command—while sufficient to establish a data protection office within firms—did not, on its own, deliver the robust DPO equipped with the power, authority and resources to push privacy aggressively into firm activities.

According to our interviewees it took: (1) risks to firm reputation flowing from the increased possibility of negative publicity wrought by higher fines and penalties meted out by regulators, (2) the adoption of data breach laws in a growing number of countries and (3) the fact that these two developments empowering existing institutional players like consumer groups, workers councils and the legally-mandated DPO to fully realize the lead privacy officer roles they now occupy.

This suggests that ensuring DPO power and authority to influence privacy within the firm requires more than a statutory mandate. It also needs a focus on keeping privacy matters in the public spotlight and supporting constituencies—be they consumer and privacy organizations or labor representatives—that use information about firm practices and missteps to focus the attention of the public, regulators and firms fueling a constant improvement in policy and practice.

Verdict reports a recent survey by London-based Guardum shows U.K. data protection officers are having trouble navigating compliance obligations amid COVID-19. The survey of 100 DPOs showed 75% of respondents are having some form of difficulty meeting regulatory requirements, while 30% is expecting ...
END_OF_DOCUMENT_TOKEN_TO_BE_REPLACED queue Save This

The U.K. Information Commissioner's Office and Alan Turing Institute published guidance to help organizations explain the decision-making process of artificial intelligence. The guidance covers the basics of AI and how technical teams and senior leadership can put their organizations in the best pos...
END_OF_DOCUMENT_TOKEN_TO_BE_REPLACED queue Save This

Business Insider reports a former Apple employee penned a letter to EU data protection authorities asking them to investigate the big tech company over potential privacy violations. Thomas le Bonniec was one of Apple's contractors involved in the Siri monitoring program. In his letter, le Bonniec vo...
END_OF_DOCUMENT_TOKEN_TO_BE_REPLACED queue Save This

While the COVID-19 outbreak has brought about numerous changes to our daily lives, it has not brought U.S. Congress any closer to bridging the partisan divide over the shape and scope of federal privacy legislation. Although both Democrats and Republicans in Congress have introduced privacy legislat...
END_OF_DOCUMENT_TOKEN_TO_BE_REPLACED queue Save This

Following Facebook’s challenge to the Office of the Privacy Commissioner of Canada's report arising from the Cambridge Analytica scandal, the fallout for Facebook in Canada continues. While not at the scale of fines faced in the U.S. and elsewhere, the involvement of a nontraditional regulator for p...
END_OF_DOCUMENT_TOKEN_TO_BE_REPLACED queue Save This