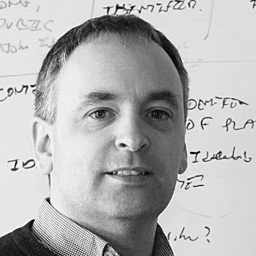 Last year, Profs. Peter Swire and Annie Antón wrote a compelling piece in Privacy Perspectives about the need for privacy engineers and lawyers to get along. Establishing a common language in which to communicate will be essential to appropriately connect policy with technology.

It’s probably safe to say that the most common terms used in privacy are personally identifiable information (PII) and personal data, depending upon whether you come from a U.S. or European background. I think these terms are more or less self-explanatory.

But what do they really mean?

Take PII, for example. It means a chunk of data that reveals some knowledge about a person that can be unambiguously identified. Sounds more or less about right, doesn’t it? Is a computer's IP address personally identifiable? What if that IP address belongs to a router for a large, multinational corporation? Is it PII then? And what if it belongs to a family using multiple computers, tablets, phones or other devices?

We will soon find ourselves delving into the minutiae of meaning—the what-does-personal-really-mean type questions. Plus, we must ask what is information, and what does identifiable denote?

There is a whole area of linguistics, philosophy and mathematics—take your pick—that deals with the meaning of things, otherwise known as semantics, or even semiotics if you want the overall field.

Mathematicians took years to fully understand the semantics of even simple statements such as 1+1=2, which looks obvious until you try to explain what 1 is, what 2 is, what + means, what = means and then what it means to say 1+1. The English philosophers Bertrand Russell and Albert Whitehead spent most of their careers writing Principia Mathematica to answer this question, and after four editions and 300 pages of dense mathematics, they had an answer. That was, until a young German by the name of Kurt Gödel came along and shook mathematics to its foundations with an equally "trivial" result.

So if it took 300 pages by two of the brightest minds in mathematics to give us a semantics for 1+1=2, how many pages—and years of work—will it take to give "PII" a semantics?

Now here's an interesting point: The definition of PII that is used in contemporary privacy is perfectly well defined in the privacy-legal context. I can go to various legal documents and read a formal definition of what PII or personal data means. But as we move between disciplines—in our case from privacy-legal to privacy-engineering disciplines—these definitions no longer hold, or at the very least, they don't work well.

If we move to the other end of the scale from legal to mathematics, we find concepts such as information entropy, which provides a clear, unambiguous and precise definition of what information is as well as the identifiability of a data set with respect to some population and so on. Information entropy, however, is not an easy concept with which to work. We can state now that the legal definition of PII can be defined in terms of the mathematical definition; it's just that this is obscenely difficult to do.

Software engineers, much to the chagrin of privacy lawyers, do not understand legal terms. Well, ok, they do to a point, but you try coding a statement such as "reasonable privacy" into C++ or Java!

We can spend as much time as we’d like writing manifestos and principles, designing processes, inventing new job titles such as privacy officer, privacy compliance tsar, grand chief-overseer-of-the-worshipful-court-of-privacy-dudes and so on, but without grounding semantics into terms such as PII and personal data—terms that will allow us to translate between legal-speak and engineer-speak—all of this work will be in vain.

Over the coming articles, I want to explore these terms and their meaning.

Brave created a Privacy Hub in its updated browser for iPhone and iPad, iMore reports. The Privacy Hub shows users what web trackers websites used before the browser blocks them. The latest browser version also features a certificate viewer so a user can verify if it is valid or had been revoked.Ful...
END_OF_DOCUMENT_TOKEN_TO_BE_REPLACED queue Save This

Massachusetts Institute of Technology researchers developed a protocol that safeguards personal data while ensuring algorithmic-based product recommendations are accurate. The protocol also minimizes the unauthorized transfer of information from a database in the event a malicious actor tries to tri...
END_OF_DOCUMENT_TOKEN_TO_BE_REPLACED queue Save This

Bill to support privacy-enhancing technology research heads to US Senate

The U.S. House of Representatives passed the Promoting Digital Privacy Technologies Act, a proposed bill to support research on privacy-enhancing technologies and promote responsible data use. The bill would direct the Networking and Information Technology Research and Development Program, with othe...
END_OF_DOCUMENT_TOKEN_TO_BE_REPLACED queue Save This

Assessing the appropriate red flags for your privacy risk assessments

Though the privacy technology market is flooded with tools to accelerate and support privacy programs, nothing really gets the job done like a privacy professional making decisions for an organization, Ethos Privacy’s Emily Leach, CIPP/E, CIPP/US, and Rosemary Kim, CIPP/E, CIPP/US, write. Some tools...
END_OF_DOCUMENT_TOKEN_TO_BE_REPLACED queue Save This

May 10: Join the IAPP for a panel discussion on diversity in U.S.-based privacy offices that will detail experiences on ensuring inclusive messaging and product development, issues of bias in AI, and raising awareness of issues through diverse voices. May 11: This PricewaterhouseCoopers-sponsored...
END_OF_DOCUMENT_TOKEN_TO_BE_REPLACED queue Save This