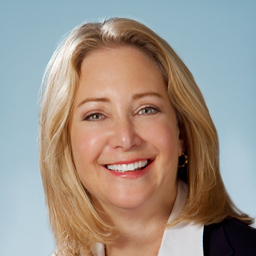 With the news that Target intends to wait until it files its annual report in March with the Securities and Exchange Commission (SEC) on the investment consequences of its massive cybersecurity intrusion from  2013, the SEC and cybersecurity once again gains attention.

The SEC emphasized in its guidance that it was mindful of potential concerns that detailed disclosures could compromise cybersecurity efforts by providing a “roadmap” for hackers. Nevertheless, many of the SEC’s comments focus on boilerplate risk factor disclosure and seek disclosure of a company’s specific experience with cyber-attacks, attempts to breach the security of networks and similar incidents. The information is meant to inform investors of the extent to which the risk is likely to impact current or future results of operations.

The severity of the breach, and its financial impact, will likely make the Target SEC disclosure one to watch.

In addition, recent SEC comments underscore the need to disclose costs associated with any preventative or remedial measures that may have a material effect on a company’s results of operations, liquidity and financial condition. What’s more, these comments seek to elicit disclosure that addresses whether a business that was subject to past breaches may have suffered reputational damage affecting customer or investor confidence.

With that said, the Target breach highlights some of the limitations in the SEC guidance. Target first disclosed the cyber intrusion in mid-December, and only last week, in response to a letter from Sen. John D. Rockefeller IV (D-WV) asking why the company had not yet reported the massive data breach to the SEC, did Target announce that it would wait to make the public disclosures required by the SEC guidance until its annual report in March.

The severity of the breach, and its financial impact, will likely make the Target SEC disclosure one to watch.

During a hearing before the Senate Energy and Commerce Committee in January, Rockefeller was among the senators asking Target about its remediation plans and disclosure obligations. Last year, Rockefeller asked SEC Chairman Mary Jo White to review whether the SEC 2011 guidance needs to be enhanced; that inquiry may be renewed in the near future in light of the widespread cyber intrusions announced in December and January.

With regard to the current SEC guidance, it is important to remember that the SEC keeps an eye on press reports, and will often cite such reports in its comments. These are not just the big headline-grabbing reports but also more subtle spotlights such as reports that hotels and resorts are increasingly becoming the targets of cyber-attacks.

Are companies using semantics to get around CCPA's 'sale' provision?

The California Consumer Privacy Act certainly has its fair share of complexities, which companies began grappling with well before the law came into force Jan. 1. While some are becoming more clear with time and discussion, others remain the topic of debate, including how to approach the CCPA's broa...
END_OF_DOCUMENT_TOKEN_TO_BE_REPLACED queue Save This

CPO held liable for breach: Could it happen to you?

That it's not "if" a data breach hits your organization but "when" it does is a familiar refrain by now. If that's true, preparedness is — while essential — perhaps not always enough. But there's another reality privacy professionals may now be preparing for: whether a chief privacy officer can be h...
END_OF_DOCUMENT_TOKEN_TO_BE_REPLACED queue Save This

Pursuing a dream job can be a fascinating chase. For many, an application for that ideal position, in an industry, is a shot in the dark based more on hope than any kind of certainty. But that didn't deter Alex White, CIPP/A, CIPP/C, CIPP/E, CIPP/G, CIPP/US, CIPM, CIPT, FIP, when a job alert popped...
END_OF_DOCUMENT_TOKEN_TO_BE_REPLACED queue Save This

[caption id="attachment_358433" align="alignright" width="225"] Maryland Attorney General Brian Frosh[/caption] Brian Frosh was elected attorney general of Maryland in 2014. He was reelected to a second term in 2018. Prior to serving as attorney general, Frosh served five terms in the Maryland Stat...
END_OF_DOCUMENT_TOKEN_TO_BE_REPLACED queue Save This