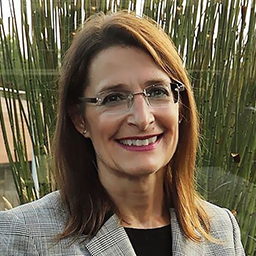 Like many of you, I have been told repeatedly that “privacy is dead.” Most recently, I was walking down the hall in my office building, carrying my Ultrabook with the Future of Privacy Forum’s “I (heart) privacy” sticker on it, and minding my own business. A marketing colleague stopped me and abruptly advised me that “the thing you love is dead.”

Good heavens. For a minute I panicked. What thing? Cuban sandwiches? My cat? Cowboy boots? What? He pointed to my sticker and said, “Privacy is dead!”

I am a big fan of zombie movies, and I can tell you that privacy is not dead. At worst, it is the living dead. The undead. Perhaps like Frankenstein’s monster, you thought it was dead, but in fact, it’s aliiiiive!

Does privacy take the same form it did many years ago, or even in the recent past? No. Our lifestyles, our expectations, our global economy, and, perhaps most importantly, new-fangled technology and our love of it, have changed everything. Certain aspects can never be brought back to life. For example, with just a little bit of information, many people in westernized countries can be located in several minutes of basic searching on the Internet, sometimes for free but often for a small fee. This could be viewed as taking a bite out of privacy, but it certainly did not kill privacy. My desire to walk down the red carpet on George Clooney’s arm surrounded by blinding flashes from the paparazzi remains unfulfilled, and my privacy remains, for the most part, intact.

Privacy may transform into something new; it may even retain or return to some vestiges of the past, but it will remain very much alive. I have many valid reasons for my faith in the longevity of privacy.

And that reference to the Six Million Dollar Man brings me back full circle to my childhood, when my friends and neighbors knew all about me. I miss those days.

* The views expressed herein are my own and derive from an overabundance of unrequited humor and nostalgia.

The New York Times reports on how vaccine passports are being viewed in different parts of the world while also pulling the curtain back on some of the technologies that may help certify health statuses for travelers. The U.K. National Health Service's COVID-19 contact-tracing application is not ...
END_OF_DOCUMENT_TOKEN_TO_BE_REPLACED queue Save This

Concerns have been raised over the use of QR codes to check in to venues during the COVID-19 pandemic, The Sydney Morning Herald reports. In a letter to New South Wales Minister for Customer Service Victor Dominello, NSW Council for Civil Liberties Secretary Michelle Falstein wrote the codes could...
END_OF_DOCUMENT_TOKEN_TO_BE_REPLACED queue Save This

Salinger Privacy looks at the level of trust Australians have when organizations handle their personal data. Data from the Office of the Australian Information Commissioner found trust fluctuates depending on the industry an organization belongs to, with health care and financial organizations scori...
END_OF_DOCUMENT_TOKEN_TO_BE_REPLACED queue Save This

Fifteen years ago, an experience on a vacation inspired Michelle Beistle, CIPP/E, CIPP/US, CIPM, to become a member of The Nature Conservancy. Now, she is the chief ethics, compliance and privacy officer of the global environmental organization that has more than 1 million members and works in more ...
END_OF_DOCUMENT_TOKEN_TO_BE_REPLACED queue Save This

The Florida House of Representatives Commerce Committee voted 22–0 to advance House Bill 969 with a favorable recommendation to the House floor. The committee took up a "strike-all" amendment that made several notable changes to the law, including tweaks to coverage thresholds, new controller-proces...
END_OF_DOCUMENT_TOKEN_TO_BE_REPLACED queue Save This