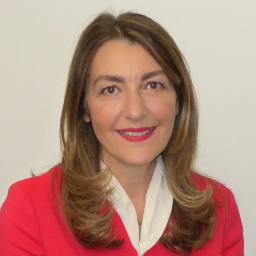 In February, Microsoft announced that all its cloud enterprise offerings—Office 365, Azure, CRM Online and Intune—were certified by independent third-party auditors for compliance with the new ISO privacy cloud standard 27018. This makes Microsoft the first cloud provider to have received this external certification. Likely, other large and smaller cloud providers will follow suit.

The new ISO cloud standard was adopted in the summer of 2014. The standard includes a set of privacy and security controls for data processing by cloud providers. It also allows for certification and auditing by an independent third party.

Microsoft’s certification under this standard is not only an important milestone for Microsoft and its users, but also for cloud providers and users generally, as well as for privacy regulators. In fact, it’s a major step forward for privacy. Why is this?

First, ever since its adoption, it was expected that the new ISO privacy cloud would have the potential to shake things up in the world of cloud computing and privacy compliance. As explained in my December post for Privacy Perspectives, the standard signified a new stage for corporate privacy accountability, with practical, legal and commercial benefits for both cloud providers and cloud users. Now that Microsoft has actually implemented the standard in respect of its cloud enterprise offerings and received third-party ISO 27018 certification, the expectations are proving to be correct, and it is now confirmed that independently verifiable accountability in the cloud can actually work.

Second, the certification demonstrates that the ISO cloud standard is not a castle in the air; it is practical and imposes concrete substantive requirements on cloud providers around issues such as customer control, transparency concerning data use and government access to data, data security and limitations on use of data for advertising purposes. It also compels certified cloud providers to put in place an internal compliance infrastructure that implements these requirements and to maintain on going compliance with annual recertification.

Third, the certification under the standard will provide practical benefits for cloud users, providers and others in the cloud chain, such as cloud integrators and resellers.

Fourth, Microsoft’s pioneering certification, coupled with the anticipated flood of similar certifications by other providers, will prove that innovative, co-regulatory accountability mechanisms are valuable complements to existing legal norms. Standards created through multi-stakeholder processes that are consistent with widely accepted legal norms will likely be applicable in any country. Thus, such global standards will, in effect, create bridges between different privacy and security regimes and will enable cloud providers and their customers to reap the benefits of what is, essentially, a borderless technology.

Data privacy regulators and policy-makers have long been asking for standardization and adoption of cloud privacy standards to address challenges of cloud technology. Now that the ISO has succeeded in creating a global consensus standard, and now that cloud providers are starting to implement and certify compliance with the standard, data privacy regulators should be vocal in endorsing and promoting the standard.

Use of certified cloud providers and the implementation and certification of the standard by cloud providers can play a significant role in demonstrating compliance with local privacy laws, including European data protection laws and many other privacy laws that follow the European model. Also, regulators should take ISO cloud certification into account in the context of privacy investigations or enforcement actions as a mitigating factor.

In addition, ISO cloud certification could provide an additional legal basis for cross-border data transfers in countries that regulate data exports. In fact, the newly proposed EU regulation already envisions that seals and certifications can legitimize data transfers. This is a progressive and promising development that should be extended to standards that are substantively similar to the European data protection requirements, as is the case with the ISO cloud privacy standard.

From a cloud provider’s perspective, there should be no doubt that they will experience tangible benefits for going above and beyond by certifying under the new standard. In fact, I predict that this particular ISO certification will become a default requirement and essential component of due diligence for any procurement department seeking cloud services, just like the familiar ISO series 2700 security standards.

Finally, from a wider policy perspective and to work toward global harmonization and interoperability, countries that are developing new privacy laws should recognize and implement a broad range of accountability mechanisms, including standards such as the new ISO cloud standard, as well as privacy seals and marks, certifications, binding corporate rules, cross-border privacy rules and internal or external codes of conduct.

The APEC Cross-Border Privacy Rules—Now That We’ve Built It, Will They Come?

1
A few months ago, I reported on the status of the APEC Cross-Border Privacy Rules (CBPR) system, a privacy code of conduct for cross-border data flows in the Asia-Pacific region. It’s time for an update on the CBPR and also for offering some further considerations on the benefits of interoperability...
END_OF_DOCUMENT_TOKEN_TO_BE_REPLACED queue Save This

Over past several years, the concept of “accountability” has become a cornerstone of effective data protection and a dominant trend in global data privacy law, policy and organisational practices. From the OECD Guidelines, the APEC Privacy Framework, the U.S., Canada, Mexico, Hong Kong and Singapore...
END_OF_DOCUMENT_TOKEN_TO_BE_REPLACED queue Save This

As readers of this blog are already well aware, a White House Review Group last week released its long-awaited report on Big Data. The IAPP’s Angelique Carson, CIPP/US, has published an excellent summary of the report’s findings. From my point of view, the report does a very good job of summarizing ...
END_OF_DOCUMENT_TOKEN_TO_BE_REPLACED queue Save This

Personal data collection and user tracking are mainstays in advertising and retail business models, but utilizing both with regulatory compliance and user trust is more and more daunting. Data clean rooms, with their first-party data sharing capabilities, are the latest attempts at compliant, friend...
END_OF_DOCUMENT_TOKEN_TO_BE_REPLACED queue Save This

India's digital lending industry has grown exponentially in the last decade. Now the industry allows consumers to borrow money from peer-to-peer lenders. In India, the Aadhaar identity program was launched in 2009, allotting unique 12-digit identification numbers to billions of citizens. The Aadhaa...
END_OF_DOCUMENT_TOKEN_TO_BE_REPLACED queue Save This