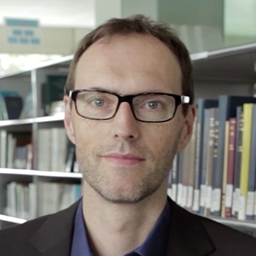 How many cryptographers do you know were influenced by their grandmothers?

It all started 20 years ago in a picturesque Swiss village where I was supporting a citizen initiative related to animal rights. In Switzerland, as in other democratic societies, initiatives can reach the highest levels of government by collecting signatures. I started with my closest relatives.

Showing a keen sense of awareness before signing the form, my grandmother asked me if anyone else would have access to the signatures. After giving her a bewildered look, I said local town officials would review and validate the signature list before it’s mailed to the government.

At that point, to my surprise, she refused to sign the form because she didn’t want the rest of the community to know that she was in favor of such a law.

This brief moment would set me on a career path in developing technologies that enable people to conduct transactions as privately as possible.

A Solution to the Paradox

During the humble beginnings of the Internet—long before cookies and private browsing—users could be completely anonymous online. Whatever you did on the Internet was your business. But in this era of big data and personalized services, that no longer holds true.

And here lies the dilemma: With every click and search tracked, stored and analyzed to provide us with a better online experience, how can we protect our identities and not expose ourselves to the online global village?

One answer is a technology I’ve been developing with my colleagues for more than a decade called Identity Mixer. Originally funded by the European Commission and available for free on Github, Identity Mixer uses a cryptographic algorithm to encrypt the certified identity attributes of a user—including age, nationality or address—in such a way that the user is able to reveal only selected pieces to third parties.

For example, a web-based video-streaming service is offering several films with age restrictions. To stream the plus-12 movie, Alice needs to prove that she is at least 12 years old and that she lives within the appropriate region. The typical way to do this would require Alice to enter her full date of birth and address—crucially revealing more personal information than is necessary. Identity Mixer can simply confirm that Alice is at least 12 without disclosing her birth date or address. This ensures that even if the video-streaming service is hacked, Alice’s personal data remains safe.

On 28 January, Data Privacy Day, we announced that, for the first time, we are bringing Identity Mixer to the cloud. With the explosion of mobile app development, many of which are designed by self-trained Millennials, we wanted make the complex code easier to use. The cloud eliminates this barrier for entry.

In just a few weeks, developers will be able to copy and paste the code from the IBM Bluemix cloud into their apps and web services for the ultimate privacy technology, and it’s all free. It’s important to note that credentials stay with the user; only the code for Identity Mixer is in the cloud. It can also be implemented in private clouds.

To demonstrate the new cloud version of Identity Mixer, we are collaborating with academic and industrial partners in Europe and Australia in a new pilot project called Authentication and Authorization for Entrusted Unions. In the two-year, 8.6 million-euro pilot, we will test Identity Mixer in two unique scenarios—in Germany with the Deutsches Rotes Kreuz (German Red Cross) and with the Commonwealth Scientific and Industrial Research Organisation (Australia’s national science agency).

This pilot begins as we close the book on our previous project, ABC4Trust—a project that tested the technology with students in Sweden and Greece. In Sweden, the technology allowed pupils and parents to securely authenticate themselves for online psychological counselling while preserving their privacy. In Greece, we enabled students to poll and rank the courses they took and their respective lecturers, without revealing the identity of the students.

But the applications for Identity Mixer are beyond European pilots.

We envision privacy-based credentials for dozens of applications. Recently a colleague was registering for a crowd-funding platform in the UK. The registration process required him to send JPEGs of his passport and visa to prevent the site from being misused for money-laundering schemes. Now they are responsible for securing his data—assuming he provided it, which I advised him against.

Other applications include e-voting in elections, student identification discounts, healthcare portals or, really, any web service that is not interested in collecting data about its users. Identity Mixer can also eliminate data leaks.

I think we are on the cusp of changing the paradigm in favor of privacy and in the spirit of my grandmother decades ago. The question remains: Does society actually want it?

European Parliament voted 530-78 in favor of passing the Digital Services Act, setting up trilogue negotiations with the European Commission and the Council of the European Union before final passage. The text passed by Parliament includes provisions for "more transparent and informed choice" around...
END_OF_DOCUMENT_TOKEN_TO_BE_REPLACED queue Save This

IOC defends security of MY2022 Olympics app for attendees

Amid claims China’s MY2022 Olympics application contains security flaws, an International Olympic Committee spokesperson said “special measures” were required to keep athletes and fans attending the games safe, reports ZDNet. Attendees are required to download the app or use a health monitoring webp...
END_OF_DOCUMENT_TOKEN_TO_BE_REPLACED queue Save This

As part of the U.K.'s 2.6 billion GBP National Cyber Strategy 2022, the Department for Digital, Culture, Media & Sport is seeking proposals to improve the cyber resilience of businesses and organizations throughout the U.K. Along with the consultations on potential legislative changes, the depar...
END_OF_DOCUMENT_TOKEN_TO_BE_REPLACED queue Save This

U.S. Federal Trade Commission Chair Lina Khan has shown big aspirations while making some forward-thinking moves for the regulation of Big Tech firms during her first year at the helm. What remains to be seen is whether Khan's plans to hold technology companies accountable in the areas of privacy an...
END_OF_DOCUMENT_TOKEN_TO_BE_REPLACED queue Save This

While U.S. Federal Trade Commission Chair Lina Khan has shown big aspirations for cracking down on Big Tech during her first year at the helm, it remains to be seen whether her plans can or will be fully executed. Khan sought to shed light on the commission's actions to date and her overall vision o...
END_OF_DOCUMENT_TOKEN_TO_BE_REPLACED queue Save This