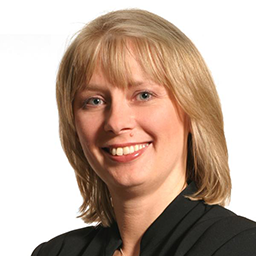 One of the more common rebuffs a privacy professional will get when raising data privacy concerns in a commercial deal is either: “no-one else has ever raised this as a material concern,” which is often followed with a request to be “commercial” because “no-one walks away from a deal because of data privacy.”

This is especially the case when raising cloud-based solutions.

It’s an issue we, at Eversheds, identified and wanted to learn more about. We took a deep dive into cloud deals and have come up with some benchmarking and statistical support. The report demonstrates that deals are in fact failing because of data privacy concerns, with both customers and suppliers choosing to walk away because of data-related concerns. Indeed amongst other notable statistics the top three reasons were data privacy and security related.

Meanwhile, the commercial appetite for cloud surges and the regulatory position gets ever more complex. So this report provides some hard evidence to help customers and providers understand the importance these issues now carry and hopefully act accordingly to achieve successful conclusions.

Developing alongside heightening awareness and growth in stricter data privacy laws, cloud solutions are increasingly in the crucible of data privacy concerns. Whether acting for customer or supplier there can come a point when sticking your ground and pressing your case for changes to be made will bring the real-world or commercial impacts into question. We work on a lot of cloud deals for customers and suppliers so we wanted to provide some helpful insights for both into what was really happening in the sector. We were seeing first hand some of the changes in the market but wanted to test that more broadly. So Eversheds worked with The Lawyer’s research services team to carry out a global survey of 350 cloud customers, providers and advisors on cloud deals and examined emerging trends in cloud computing adoption, contract negotiation and mergers and acquisitions.

The resultant report provides meaningful insights for those involved in buying and selling cloud solutions and the privacy professionals who advise them in the pursuit of those goals.In particular for privacy professionals in the changes in the uptake of cloud solutions, across differing services and sectors, and regions and the barriers that are being experienced from both the supplier and customer perspectives. Especially when it comes to data related issues. The survey wasn’t specifically focused on data privacy but the results reinforce the importance of this topic to the emerging cloud market.

Some of the headline results include:

Not surprisingly the technology, media and telecoms sector appear to exhibit the greatest demand for cloud services. The report demonstrates increasing interest levels from reticent adopters, in particular, the financial-services sector as well as some other sectoral differences between regions. Addressing data and other regulatory concerns will be key to unlocking that potential market.

Overall, a surprisingly large number of cloud deals are breaking down at the contract negotiation stage. Data concerns play a significant part in these decisions to walk away. It is not just SLAs, pricing or liability clauses that carry importance anymore. This is not a position either customer or supplier wants to be in, especially if these issues are only coming to light at the contracting stage. That’s simply a recipe for wasted costs and resources as well as frustration. This surely has to reinforce the need for these topics to be considered earlier in the purchasing/selling process.

Suppliers who have spent time carefully thinking through customers’ concerns and regulatory requirements, and who have acted to address them, factoring this into their risk assessments, sales, and standard contractual documentation, are able to execute contracts quickest and reduce the number of deals that break down. This is fast becoming a competitive advantage. The proactive steps being taken by some of the larger suppliers in this area is both welcome and another sign of strong business rationale.

Similarly for potential customers, the report supports getting early engagement on consideration of the data privacy impacts internally and then having upfront conversations with potential suppliers. It provides useful benchmarks on issues such as specific security requirements and liability, which can often lead to impasse at contracting stages. This breakdown has as much to do with unrealistic customer expectations as to the contractual protections available for the solution they are sourcing as it can be to a disconnect between sales dialogue and what the contract terms actually say. It’s also fair to say that all too often those procuring the solution aren’t consulting those with responsibility for data privacy/contractual terms until quite late in the process.

While there are some complex regulatory and contractual issues to work through from both parties’ perspectives, and never more so than at the time of writing, more engagement around these issues at the outset could potentially significantly reduce the number of deals that break down and save time and money. Such impacts are real, so it will have served its purpose if it helps both sides to engage in constructive dialogue earlier – whether that is with each other or indeed internally.

This article is an extract of ‘Spotlight on the cloud: Highlighting industry trends’, a report written by Eversheds in conjunction with The Lawyer Research Service. The report explores emerging trends in cloud computing adoption, contract negotiation and M&A. The findings are based on a global survey of 350 cloud customers, solution providers and industry advisors. The survey was conducted in December 2015 and January 2016.

Read the full report from Eversheds in the IAPP Resource Center here.

This report from Eversheds LLP in collaboration with The Lawyer explores current and emerging trends in cloud computing adoption, contract negotiation and M&A. The report is underpinned by detailed analysis of a global survey of 350 cloud providers, purchasers and industry advisors, and suppleme...
END_OF_DOCUMENT_TOKEN_TO_BE_REPLACED queue Save This

This article in CIO by Bernard Golden outlines reasons why policies, not technical permissions are the best way to manage cloud computing. Click to View...
END_OF_DOCUMENT_TOKEN_TO_BE_REPLACED queue Save This

Canadians and US cloud services: Does privacy compliance translate across borders?

1
Many Canadian organizations have complex information technology needs. They store large volumes of personal data that need to be easily accessible, yet also protected by strong privacy safeguards. They need private and secure means for communication and data sharing. Cloud services appear to be a pr...
END_OF_DOCUMENT_TOKEN_TO_BE_REPLACED queue Save This

Cloud Computing Contracting and Compliance: Why All Privacy Pros Need to Get Up-to-Speed

1
The cloud is going mainstream. Many organisations are embracing cloud computing enthusiastically as a means to improve business processes while, potentially at least, making substantial cost savings along the way. Others, meanwhile, are proceeding at a more measured pace. Cautious adopters includ...
END_OF_DOCUMENT_TOKEN_TO_BE_REPLACED queue Save This

1
In February, Microsoft announced that all its cloud enterprise offerings—Office 365, Azure, CRM Online and Intune—were certified by independent third-party auditors for compliance with the new ISO privacy cloud standard 27018. This makes Microsoft the first cloud provider to have receive...
END_OF_DOCUMENT_TOKEN_TO_BE_REPLACED queue Save This
Spotlight on the Cloud: Highlighting Industry Trends

This article is an extract of ‘Spotlight on the cloud: Highlighting industry trends’, a report written by Eversheds in conjunction with The Lawyer Research Service. The report explores emerging trends in cloud computing adoption, contract negotiation and M&A. The findings are based on a global survey of 350 cloud customers, solution providers and industry advisors. The survey was conducted in December 2015 and January 2016.

Read the full report from Eversheds in the IAPP Resource Center here.