The Center for Democracy and Technology’s (CDT) Board of Directors has announced Nuala O’Connor, CIPP/US, CIPP/G, has been named president and CEO. O’Connor will assume the post January 21.

O’Connor says she took the job because of the critical juncture we find ourselves at when it comes to privacy online.

“The CDT is a historically important organization, and we are at an incredibly critical time in the conversation around Internet freedom, online privacy, the creation of the online self—and I think CDT plays a central role in that dialogue,” O’Connor told The Privacy Advisor.

In announcing  O’Connor’s selection, CDT President Leslie Harris, who has headed the organization since 2005, said “Nuala is a brilliant choice to lead CDT. She is a passionate advocate for civil liberties, highly expert about the emerging global challenges and fully committed to CDT’s mission. She is a bold leader who will guide CDT into its next chapter. I have had the honor of working with CDT’s talented and thoughtful team for almost nine years. I am confident that they will thrive with Nuala at the helm.” 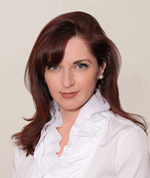 The CDT is a nonprofit public policy organization that works to inform policy when it comes to the Internet, including enhancing freedom of speech online and limiting government surveillance. In an exclusive with The Privacy Advisor earlier this year, Harris said the CDT’s search committee, which hired O’Connor, was seeking someone “with the capacity to globalize CDT … someone who understands the space and the issues. I lead a band of equals, and that’s part of our strength.”

O’Connor agrees that globalizing the CDT will be a high priority.

“I think it’s a really important growth opportunity and public service opportunity for over the course of the coming years,” she said. “All of these challenges are really global, and we need to have global dialogue about them.”

O’Connor, who served as chair of the IAPP Board of Directors in 2010, has plenty of experience in the field. She comes to the CDT from Amazon, where she’s worked as associate general counsel on privacy and data protection. Prior to that, O’Connor served as chief privacy officer at the U.S. Department of Commerce and later the Department of Homeland Security (DHS) before settling in at General Electric as chief privacy leader and senior counsel.

Deirde Mulligan, who led the CDT’s hiring committee, cited O’ Connor’s work at DHS in a post-9/11 world as a major reason she’s right for the job.

“She fought for and implemented policies to protect the human rights of U.S. and global citizens in a climate of overreaching surveillance efforts,” Mulligan said in the CDT’s announcement of O’Connor’s selection.

In the short-term, O’Connor says surveillance nears the top of her priority list.

“Hopefully I have something to offer on those topics, having worked in government before,” she said. “But I’m also very interested in some of the work we’ve seen coming out about the impact of online decision-making. I’m interested in the individual’s experience of the online community. Are we opening minds and doors to information? Or is government making decisions that aren’t entirely transparent. How do we improve that?”

Read More by Angelique Carson:
Commission Gives U.S. 13 Ways To Save Safe Harbor
Looking for Love? Try a Privacy Conference
Downstream of the Data Breach: Identity Theft Is A Messy Crime
Safe Harbor’s In Trouble—Unless You Ask the U.S.

August was shaping up to be the month U.S. privacy professionals might catch their breath while fluid discussions around the proposed American Data Privacy and Protection Act pause during U.S. Congress' summer recess. But now the U.S. Federal Trade Commission has everyone holding their breath once a...
END_OF_DOCUMENT_TOKEN_TO_BE_REPLACED queue Save This

The proposed American Data Privacy and Protection Act feels so close and yet so far away. The comprehensive privacy bill is on the cusp of a U.S. House floor vote, a first for any federal privacy proposal. But the bill's fragile nature is being tested at a crucial point in the legislative process as...
END_OF_DOCUMENT_TOKEN_TO_BE_REPLACED queue Save This