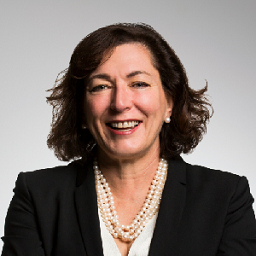 Here are the latest updates from around the region…

This week, we find ourselves asking whether privacy in the modern world is akin to the privacy of a goldfish in a bowl? The Kiwis certainly seem to think so with the 2015 World Internet Project (NZ) survey results showing that 45 percent of internet users believe that there is no such thing as online privacy (and accept this!). Meanwhile, the NSW state government is leading a push to increase privacy rights with its proposed civil remedies that would allow people to sue for damages for serious invasions of privacy in addition to its plan to criminalise revenge porn due in early 2017.

We also look at the emergence of smart cities with Singapore’s ground-breaking ‘city brain’ project that certainly takes big data and the internet of things to a whole new level. The city brain technology aims to build comprehensive digital views for managing cities by building a national operating system for over 100 million objects, ranging from traffic cameras to air quality sensors. But what will remain of privacy, and is the key to this issue, "trust", as Minister Putchucheary says?

Trust has likely dissipated for Hong Kong users of payment apps after it was revealed by FactWire that five of China’s most popular mobile payment apps are all able to gain access to smartphones and collect sensitive information that is vulnerable to misuse and monitoring by China’s mainland. Meanwhile a police sergeant in Hong Kong has launched an appeal against the privacy watchdog after it concluded that his privacy was not invaded during a disciplinary investigation into his gambling activities that saw the Hong Kong Police Force take 10 months’ records despite the fact that they only had a court order for three months’ records.

Back in Australia, Victorian lawyers are outraged by the state government’s proposed changes to allow DNA samples to be taken from suspects without a court order, allowing it to dramatically increase, by tenfold, the number of DNA samples it can analyse.

Finally, as 2016 draws to a close, I wanted to take this opportunity to wish you all a relaxing break and a prosperous new year on behalf of iappANZ!

Mozilla introduced a new tool for its Firefox browser designed to block cookie-based tracking, MediaPost reports. The "Total Cookie Protection" feature stops tracking by placing cookies into a "cookie jar assigned to that website, such that it is not allowed to be shared with any other website,” Moz...
END_OF_DOCUMENT_TOKEN_TO_BE_REPLACED queue Save This

The advertising technology space is being dealt a tough hand with Google’s move away from third-party cookies and Apple’s iOS 14 updates that focus on ad-tracking transparency. More challenging is that companies are left to largely fend for themselves in responding to these shifts toward greater con...
END_OF_DOCUMENT_TOKEN_TO_BE_REPLACED queue Save This

AI tech on the rise, getting more personalized

The deployment of artificial intelligence technologies continues to grow and is expected to become more personalized over time, The New York Times reports. Machine-learning models are slowly being baked into everyday technologies while also being used for tailoring users' multimedia habits and gener...
END_OF_DOCUMENT_TOKEN_TO_BE_REPLACED queue Save This