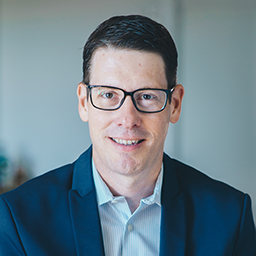 Pursuant to Administrative Decision No. 245/2016, Eduardo Bertoni’s appointment is effective retroactively as of February 16, 2016.

Eduardo Bertoni (PhD, Buenos Aires University) is a lawyer and holds a Masters in International Policy and Practice from the Elliot School of International Affairs, George Washington University. Previously, he was the Director of the Center for Studies on Freedom of Expression and Access to Information (CELE) at Palermo University School of Law, in Argentina, and served as Special Rapporteur for Freedom of Expression of the Inter-American Commission of Human Rights at the Organization of American States.

He will give a presentation at the panel entitled “Latin American Regulatory Update” during the upcoming IAPP Global Summit that will take place in Washington DC on April 5 and 6, 2016.

It should be noted that the Argentine Personal Data Protection Authority is a governmental body that depends on the Ministry of Justice and Human Rights and has the following main roles and tasks:

The Brussels Times reports a bill to reform the Belgian Data Protection Authority was referred to Belgium's Council of State, as a result of new discrepancies between ruling and opposing parties over the bill's proposal for director appointments. Overall, the bill seeks to boost DPA authority, indep...
END_OF_DOCUMENT_TOKEN_TO_BE_REPLACED queue Save This

During its Dec. 5 plenary session, the European Data Protection Board will discuss disputed draft decisions of the Irish Supervisory Authority against Meta Platforms' Facebook, Instagram and WhatsApp services. The decisions are subject to a dispute-resolution process under Article 65 of the EU Gener...
END_OF_DOCUMENT_TOKEN_TO_BE_REPLACED queue Save This

Brazil's commission of jurists charged with drafting artificial intelligence regulations will deliver its final report to President of the Federal Senate of Brazil Rodrigo Pacheco Dec. 6. The final text "brings principles, rules, guidelines and fundamentals to regulate the development and applicatio...
END_OF_DOCUMENT_TOKEN_TO_BE_REPLACED queue Save This

The proposed Artificial Intelligence Act would be the first horizontal regulation of AI in the world, but, as always, the devil is in the details. Though the Council of the European Union has nearly completed its version, the European Parliament is still negotiating its version. IAPP Editorial Direc...
END_OF_DOCUMENT_TOKEN_TO_BE_REPLACED queue Save This

A view from DC: FTC rulemaking through a state attorney general lens

IAPP Managing Director, Washington, D.C., Cobun Zweifel-Keegan, CIPP/US, CIPM, breaks down the latest privacy happenings in the nation’s capital, including a dive into comments by U.S. state attorneys general on the U.S. Federal Trade Commission's Advance Notice of Proposed Rulemaking for commercial...
END_OF_DOCUMENT_TOKEN_TO_BE_REPLACED queue Save This