As the need for privacy regulations expands across global society, so too does the International Conference of Data Protection and Privacy Commissioners expand its horizons. In 2014, the conference was held in Africa for the first time, on the tiny island nation of Mauritius. This year, it will be held for the first time in an Arabic-speaking nation, when commissioners gather in Marrakech, Morocco, Oct. 17 through 20.

The event will be, said Morocco National Commission for the Control and Protection of Personal Data General Secretary Lahoussine Aniss, an opportunity “to show the world that privacy and data protection is taken seriously in Morocco.” With a privacy law passed in 2009, and a data protection authority that was installed in August 2010, “there is still much educational work to be done to raise awareness about the role of personal data protection in our country,” Aniss said, but there is also broader work to be done among developing nations and throughout the Arab and Muslim world.

“By hosting this conference in our country,” he said, “we can prove to other countries similar to ours that this is something that is important to our future, and they should take it seriously. And if they don’t have a legal framework for protecting privacy, they should.” 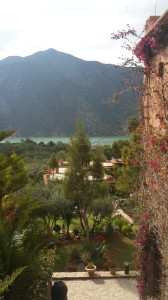 It should be no surprise with the launch of the program, then, that two of the conference’s open session topics revolve around data protection as a sustainable economic driver for developing nations and the challenges of educating people about privacy and data protection.

Further, as Morocco serves as an important bridge, with its geographic and political position, between Europe and Africa, and to the Arab and Muslim world, the conference will also explore how to reconcile security and privacy, focusing on oversight and accountability principles for government access to personal data.

This is why the conference has chosen an open door for its motif and logo, Aniss said: “We want people to see it as opening the door to new territories. We have invited many Arab and Muslim countries to this conference to see that a country with similar difficulties and challenges is doing well for privacy and data protection.”

The session exploring adequacy, localization and cultural determinism couldn’t be more in line with that thinking.

Of course, the conference will also explore technological trends, including artificial intelligence and encryption in the DPAs’ closed session on the first day, and examine state-of-the-art innovation. How can corporations and governments alike offer futuristic services without compromising privacy?

There will also be a number of side events, including an event organized by the Dutch DPA to continue the work of the Privacy Bridges project from last year’s commissioners conference in Amsterdam. Also look for events put together by the Global Privacy Enforcement Network, the Center for Information Policy Leadership, the Commonwealth Network, Microsoft, Nymity, the Association of Francophone Data Protection Authorities, PHAEDRA II (an EU body that looks to improve cooperation between DPAs), and DCAF, which focuses on security development and the rule of law.

format_quoteWe have invited many Arab and Muslim countries to this conference to see that a country with similar difficulties and challenges is doing well for privacy and data protection. — Lahoussine Aniss, Morocco National Commission for the Control and Protection of Personal Data General Secretary

Attendees might most enjoy, however, the cultural events that the Moroccan commission has arranged. There’s a reason that Morocco gets 10 million tourists a year, said Aniss, and the commissioners conference will attempt to show attendees the vastness of Morocco’s attractions with a simulated dinner in the desert, where varied dishes and Moroccan artists will demonstrate Morocco’s cultural heritage. Further, there are sorties to a number of historical sites in Marrakech planned.

“We’re going to have a number of options to choose from,” said Aniss.

And for those worried about security, Aniss assures that Morocco is one of the safest places in the world, without an incident since 2007. Already, the commission is working closely with top security officials, and the venue, the Palmeraie, is a resort that’s easily secured, just on the outskirts of the city.

Participants at the 38th edition of the international conference will have access to some of the top thinkers in privacy and data protection, including the likes of the University of Ottawa’s Ian Kerr and Latha Reddy of India’s Cyberspace Cooperation, along with senior officials from the likes of Facebook, Microsoft, Google, LinkedIn, and Apple.

The lineup promises to be amongst the most diverse ever presented at a commissioners conference, reflective of Morocco’s rich historical tapestry. It is clear that Morocco is ready to welcome the world, and that the doors are open wide.

Observations from Amsterdam: Glass Houses and Bridges in the Sky

1
Last week in Amsterdam, privacy regulators, practitioners and academics gathered for the 37th annual International Data Protection and Privacy Commissioners Conference. It’s no surprise that the discussion at the event was overshadowed by the recent decision of the European Court of Justice (ECJ) in...
END_OF_DOCUMENT_TOKEN_TO_BE_REPLACED queue Save This

DPAs To Announce New Cooperative Arrangement at Conference This Month

During their “Fireside Chat” at Dentons’ offices in London today, UK Information Commissioner Christopher Graham and former Interim Canadian Privacy Commissioner Chantal Bernier previewed details of a new cooperation agreement amongst global data protection authorities that will be announced at the ...
END_OF_DOCUMENT_TOKEN_TO_BE_REPLACED queue Save This

ICDPPC Moving to Morocco in 2016

The 38th International Conference of Data Protection and Privacy Commissioners will move to Morocco in 2016, The Register reports. The conference’s executive committee, which published guidance for potential host cities, “said that its decision to recommend Morocco was because it met the criteria la...
END_OF_DOCUMENT_TOKEN_TO_BE_REPLACED queue Save This

After roughly a year and a half, the first report out of the Privacy Bridges project, announced at the IAPP’s Data Protection Intensive in London in May of 2014, has been released, just in time for next weeks’ International Privacy Conference in Amsterdam. As the world’s data protection authorities...
END_OF_DOCUMENT_TOKEN_TO_BE_REPLACED queue Save This

3
By design, the newly released Privacy Bridges paper dominated conversation here at the 37th International Privacy Conference in Amsterdam. Day one of the open session featured a panel presenting the findings and then three hours of open discussion amongst attendees. Day two featured a panel summing ...
END_OF_DOCUMENT_TOKEN_TO_BE_REPLACED queue Save This