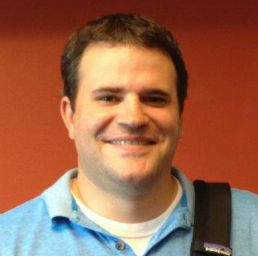 Marshall Harrison, founder and CEO of Imperium, said that ChildGuardOnline was created in anticipation of changes to the Children’s Online Privacy Protection Act (COPPA).

“We became aware a couple of years ago that the FTC was going to be strengthening COPPA with regard to what types of data would be covered, as well as the type of verifiable parental consent that would be accepted by the FTC in connection with COPPA,” he said. “We developed ChildGuardOnline specifically to anticipate the new regulations that the FTC would be announcing.”

ChildGuardOnline fills that gap, he said. The knowledge-based method gives companies the ability to ask a person a number of dynamically generated, challenge/response questions to establish valid identification.

“The FTC already allows certain methodology within (COPPA) itself. We developed a new methodology, and the FTC had questions about it, which required many conversations with them,” Harrison said. “They were eventually satisfied that this was not only a new method but that it was efficacious.”

The service offers several COPPA-compliant techniques to obtain the necessary consent and to validate a parent’s ID, including submitted address and discovered geolocation data, correlation of the number of children per parent, number of sites approved per parent and child and the last four digits of Social Security numbers. A parent portal allows parents to instantly approve and proactively manage the websites they have authorized for their child’s use.

Harrison said the new technology will save companies both time and money because they avoid the administrative costs associated with other identification methods, like the email-plus method.

“We think of email as being free, and it is on the margin free to send that email. But, email-plus has to be monitored, looked after and audited,” Harrison said. “The largest potential cost is that the FTC will fine the company $16,000 per child for noncompliance, which adds up in a hurry, and even without the fines, there is reputational damage.”

A child advocacy group has filed a complaint with the U.S. Federal Trade Commission alleging a Canadian company violated provisions of the Children's Online Privacy Protection Act with its interactive children's website, the Los Angeles Times reports. Among its allegations, the Campaign for a Commer...
END_OF_DOCUMENT_TOKEN_TO_BE_REPLACED queue Save This

A group of advocacy organizations has asked the Federal Trade Commission (FTC) to investigate several viral campaigns aimed at children, ZDNet reports. The Center for Digital Democracy—along with 16 advocacy groups—has sent a letter to the FTC with five complaints about the campaigns alleging they v...
END_OF_DOCUMENT_TOKEN_TO_BE_REPLACED queue Save This

In response to an industry-backed letter asking the Federal Trade Commission (FTC) to postpone implementation of new COPPA rules for six months, privacy groups on Tuesday urged FTC Chairwoman Edith Ramirez not to delay, AdWeek reports. Signed by 19 privacy groups, including Common Sense Media and th...
END_OF_DOCUMENT_TOKEN_TO_BE_REPLACED queue Save This

The Center for Digital Democracy and Campaign for a Commercial-Free Childhood have alleged in comments filed with the Federal Trade Commission that AgeCheq—a company that aims to help app developers comply with children’s privacy rules—itself violates those regulations, MediaPost reports...
END_OF_DOCUMENT_TOKEN_TO_BE_REPLACED queue Save This